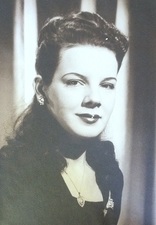 She was the wife of the late William Hayward Heckman. Born in Philadelphia, she was the daughter of the late Thomas and Marie Kern MacDonald. She lived in Upper Darby most of her life. She owned and operated Moving On, helping neighbors transition after losing a loved one. She was an active committeewoman in Upper Darby, devoted to the Upper Darby School District, children's safety and causes. She enjoyed volunteering at Philadelphia VA Medical Center.

She is survived by her son, James A. Heckman and his wife Lisa of Oxford; and four grandchildren, William, Angelina, John and Anthony. A funeral was held Oct. 31. Interment was private. In lieu of flowers, donations in her memory may be made to Brandywine Valley Hospice, 121 Bell Tower Lane, Oxford, PA 19363. Online condolences may be made at www.elcollinsfuneralhome.com .

Jeanne Marie Bickford, 88, of Cochranville, passed away on Oct. 27 at her home.

She was the wife of the late Kenneth Eugene Bickford. Born in Wilmington, Del., she was the 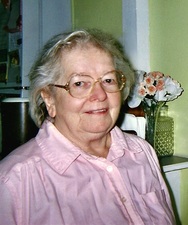 daughter of the late Kenneth Smith and Mary Lavinia Pidcock Yates. She graduated from Trenton State Teachers College class of 1948, now the College of New Jersey. She was employed with the U.S. Postal Service in Media and the Lima Annex for 36 years, then retired in 2002. She was a teacher and coach at Barrington, Providence, R.I. and WCCS, and taught in a one-room school house in West Virginia. She was a member of Grace Baptist and

MACARTHUR PETERSON previously a member of Bible Covenant Baptist Church. She served in the Sunday school, youth and music ministries.
She is survived by one son, Kenneth Everett Bickford of Cochranville; two daughters, Mary Ann Harmon and her husband William of Greenville, S.C., and Phyllis Eileen Dunn and her husband Robert of Parkesburg; eight grandchildren; and one sister, Phyllis Elaine Marvin of Clinton, S.C. She was preceded in death by a twin brother, William Arthur Yates; and brothers Kenneth Pidcock Yates, John Lewis Yates, Richard Grant Yates and Theodore Cooper Yates.
Funeral services were held Nov. 1. Interment was in Thompson Memorial Presbyterian Cemetery in New Hope. Online condolences may be made at www.elcollinsfuneralhome.com.

MacArthur “Mac”  Peterson, 71, of West Grove, passed away on Nov. 2 at his residence.

He was the husband of Sandra Carte Peterson, who passed away in 2008, and with whom he shared 39 years of marriage. Born in Relief, N.C., he was the son of the late Luther and Disa Bennett Peterson. He and his brother Willard operated Peterson Brothers Trucking for over 30 years, before his retirement in 2008. He enjoyed watching NASCAR on TV, gardening, being with his family and his dog, Lady.

A visitation with family and friends will be held Nov. 6 from 6 to 8 p.m., and again on Nov. 7 from 11 a.m. to noon, at the Foulk & Grieco Funeral Home (200 Rose Hill Rd., West Grove). His funeral service will follow at noon. Burial will be in Faggs Manor Cemetery in Cochranville. Online condolences may be made by visiting www.griecocares.com.

Sean Michael McCormick, 45, of West Grove, formerly of Lansdowne, passed away peacefully at home, surrounded by his family, on Oct. 29.

Born in Darby, Pa., he was the son of Martin and Nancy McCormick of Glen Mills.

The center of Sean's life was his wife and children. All that he did in his life he did for his family. Owner of McCormick Karate Academy in Oxford for the past 20 years, Sean was a mentor, friend and father figure to many of his students, teaching not only the art of Karate, but life's lessons.

In addition to his parents, he is survived by his wife, Sheila T. McCormick (nee Murray); his children Sean Jr., Alison, Olivia and Gavin; his sisters Linda Tracy, Kathy Wrably, Rosalie DuBoe, Cindy Pagel, and Maureen Falwell; and his brothers, Marty and Danny.

Funeral services were held Nov. 3. Interment was in the Oxford Cemetery.

In lieu of flowers, donations can be made payable to the National Brain Tumor Society, 55 Chapel Street, Suite 200, Newton, MA 02458, for Team Phightin' McCormick's.