The six new inductees to the Oxford Sports Wall of Fame were stars in different sports during different eras, but what unites them is that they were all standouts who represented Oxford Area High School (OAHS) well on the athletic field.

The 2014 inductees—Dayna Baily, George “Buddy” Cochran, David Hons, Sherri Jackson Griffith, Julie Orner Donnell, and Lisa Rozich Stoltzfus—will be honored at a banquet at the high school on Monday, Oct. 20.  The banquet begins at 6:30 p.m. in the school cafeteria, where the public can meet the honorees. At 7:30, the awards will be presented to the recipients in the high school aud 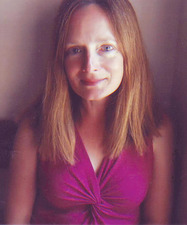 Baily was an outstanding cross country and track athlete while at Oxford. The 1987 graduate was the first girl from the school to compete at the state level in cross country (500 meters) and during her senior year she again ran states as an individual competitor and as part of the Oxford team that qualified for states. Baily received the MVP Award for girls' cross country in the Southern Chester County League.

Baily recorded school records in the one- and two-mile events. She was also a member of the 3200-meter relay team that won the District One race. For these accomplishments, she was awarded membership in the Southern Chester County League First Team in 1987.

Baily went on to study at Swarthmore College, graduating in 1991. At Swarthmore, she competed at Nationals in the 5K cross country and in the 5K and 10K track races. She was named Most Valuable Athlete at the Conference meet after winning the 5,000-meter and 10,000-meter races as a senior.

In the spring of her senior year at Swarthmore, Baily received the Dinny Rath Award, given "to the senior woman who demonstrates the highest degree of consistency of achievement and commitment in intercollegiate athletics, combined with a high regard for fair play and awareness of the positive values of competition, while contributing to the intellectual life of the Swarthmore community."

Cochran, a 1949 graduate, excelled in all the seasonal sports that OAHS offered at the time. He earned nine varsity letters in soccer, basketball, and baseball.

During Cochran's senior year, his teams won the League Championship in both soccer and baseball. As a senior, he was named captain of the basketball team and was voted Best Male 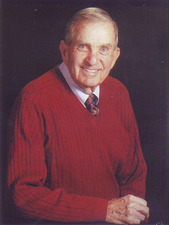 Athlete by his classmates.

Griffith, a member of the Class of 1983, earned ten varsity letters while attending Oxford. She played four years on the varsity tennis team, including two years as the first singles player. It was during her senior year that Oxford won the Southern Chester County League Championship. Griffith was voted the team

captain and Most Valuable Player for that team.

She also played four years on the softball team and two years on the basketball team. During her senior year, she had a memorable game against Avon Grove by pitching a no-hitter.

Hons earned seven varsity letters at Oxford Area High School. He was the second baseman on the baseball team from 1978 to 1980 and a co-captain of the 1980 Southern Chester County League (SCCL) champions, during which time he led the league with a .432 batting average. He was voted First Team All League and MVP of the SCCL in 1980.

Hons played three years of varsity football at Oxford and was voted MVP as a junior and best offensive player as a senior. It was during his junior year that he broke a school passing record with 253 yards in one game.

Following high school, Hons was the starting second baseman for Division 1 Towson University in 1983 and 1984. Upon graduation from Towson, Hons worked in professional baseball with the Philadelphia Phillies Class A Minor League Peninsula Pilots and was general manager of the Chicago White Sox organization's Class A Minor League team in 1986 and 1987.

As a member of the field hockey team, Donnell helped secure SCCL championships her junior and senior seasons, and received all-star status in the league for those two years.

Donnell continued her education at Bloomsburg University, a Division II school for sports. She was a member of the field hockey team for four years. The Bloomsburg team was Division II National Champions in 2002 and 2003, having won 40 consecutive games during that time. She received the honor of being named co-captain her senior season, in addition to being named to the National Academic Squad.

Stoltzfus earned ten varsity letters during her high school career. The Class of 1998 graduate posted outstanding statistics while playing four years on the basketball team. She scored 1,161 points and averaged ten rebounds per game. She was voted to the All-Southern Chester County League team two times.

volleyball and field hockey teams. The latter advanced to the state tournament during her senior year in 1998.

This is the 14th annual Oxford Sports Wall of Fame Banquet.