He was the husband of Jo Lynn McCalister Lentz, with whom he shared 45 years of marriage. Born in Braddock, Pa., he was the son of the late Albert Marshall, Sr. and Nora Conroy Lentz. He was a veteran of the U.S. Navy, serving during the Vietnam War as a Seabee. He  also served  in the U.S. Army National Guard. He retired as a lab technician with Arco Chemical in Newtown Square. He was a member of St. Christopher's Episcopal Church in Oxford. He was also a member of the American Legion Mason-Dixon Post No. 194 and a lifetime member of the VFW.

He is survived by his wife; two sons, Matthew Lentz of Elkton, Md., and Michael A. Lentz of Fredericksburg, Va.; four grandchildren, Miranda, Sean, Ethan and Avery; and two sisters, N. Karen Wilson, and Pamela M. Orange, both of Irwin, Pa.

Born in Media, he was the son of Daniel Paul Murphy of Oxford, and Jerre Glenn Erickson of Millsboro, Del.

A memorial service was held Sept. 28 at St. Christopher's Episcopal Church in Oxford.

James R. Barker, Sr., 72, of West Grove, passed away on Sept. 25 at the Jennersville Regional Hospital.

Born in Wilmington, Del., he was the son of the late Wade H. and Mary Jones Barker. He owned and operated the Walnut Street Machine Company in Kennett Square for many years. He served his country in the U.S. Navy. He enjoyed hunting, fishing, playing with his dog Buddy, and being with his family and friends.

He is survived by one son, James R. Barker, Jr., of Lincoln University; one daughter, Constance Suzanne Stoltzfus and her husband Charles of  Cochranville; four grandchildren; and one great-granddaughter.

A visitation with family and friends will beh eld from 10 a.m. to noon on Oct. 2 at the Kuzo & Grieco Funeral Home (250 W. State St., Kennett Square). His funeral service will follow at noon. Burial will be in the Longwood Cemetery, Kennett Square.

Judith A. Montague, 63, of Kennett Square, died Sept. 26 at the Hospital Of The University Of Pennsylvania.

She was the wife of James M. Montague, with whom she shared 30 years of marriage.  Born in Wilmington, Del., she was a daughter of Dorothy (Kirk) Paschall and the late Edwin Paschall Sr. of Oxford.  She was a bookkeeper for Tri M Company for over 27 years. She was a member of Chester County Mother of Twins and Multiple Births, the Chester County Antique Car Club, a post member of 4H, lifelong member of London Grove Friends Meeting, and served as treasurer for the Unionville Community Fair. She loved boating on the Chesapeake Bay and camping with her husband, Jim. 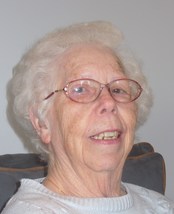 She was a 1943 graduate of Darby High School and a 1947 graduate of Jefferson Hospital School of Nursing. Soon after nursing school, she had the honor to be the personal scrub nurse for John Gibbon, Jr., MD, the inventor of the heart-lung machine. With marriage and the desire to start a family, she put her nursing career on hold to become a homemaker. As her children matured and required less of her time, she accepted a position working as head nurse in the operating room (OR) of Sacred Heart Hospital in Chester.  Her nursing expertise and passion for the OR led her to Taylor Hospital in Ridley Park. Here she served as operating room supervisor for many years. She finished her career at Taylor Hospital as the supply, processing and distribution coordinator, retiring in 1992. She enjoyed reading, crossword puzzles, ceramics, piano, and musicals, but most of all she adored her family.

A visitation with the family will be held from 9 to 11 a.m. on Oct. 5 at the West Grove United Methodist Church (300 N. Guernsey Rd., West Grove). Her funeral service will follow at 11 a.m. Interment will be in Oxford Cemetery.

Contributions in her memory may be made to the church at the aforementioned address, or to Feed The Children, PO Box 36, Oklahoma City, OK 73101. 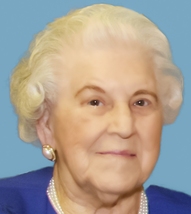 Ruth Evelyn Giffing Meyer, 92, of Newark, Del., went to be with her lord and savior, Jesus, on Sept. 29, as the result of a stroke.

She was born in Peach Bottom, Pa., and graduated in 1938 from Oxford High School.  She worked at the Bainbridge Naval Training Center in Bainbridge, Md., and retired in 1975.  She was a member of the Oxford Presbyterian Church until she moved to Newark in 1973, where she and her husband became members of the Evangelical Presbyterian Church of Newark. She loved her church, her flowers, her many friends, traveling, sailing, and most of all her family.

She was preceded in death by her first husband, Walter Giffing; one sister and four brothers. She is survived by her husband, David Meyer of Newark, Del., with whom she celebrated 40 years of marriage on Sept. 28; her daughter, Yolonda G. Piché (Ron) of Leavenworth, Kan.; her son, Walter S. Giffing Jr. (Margaret) of Oxford; her stepson, David Meyer Jr. of West Palm Beach, Fla.; four grandchildren, Yolayna Wheeler, Morgan Westfall (Chad), Blair Kubatka (Keith), Veronica Giffing; four great-grandchildren; and one great-great grandchild.

A visitation with family and friends will be held from 9:30 to 11 a.m. on Oct. 2 at Evangelical Presbyterian Church of Newark (308 Possum Park Rd., Newark, Del.), followed by a service in celebration of Ruth's life at 11 a.m.  Interment will immediately follow at the Oxford Cemetery (20 N. 3rd St., Oxford).

Special appreciation to the Seasons Hospice staff at Christiana Hospital and Dr. Gregg Zoarski. The family requests that flowers be omitted. To send an online condolence, visit www.strano-feeley.com. 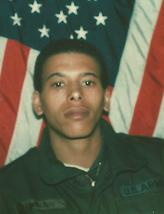 Born in Jennersville, he was the son of the late Dorothy Mae Maxwell English and Golden Love English, Jr., of Columbus, Ohio. He attended the Oxford Area School District, class of 1977. After completing his studies and fulfilling his wandering passion, he entered the United States Army, where he served from November 1979 to November 1984, obtaining the rank of E-4 Track Artillery Gunner.  After being discharged from the army, he worked at various locations as a cook. He loved to be around family and friend,s and would always be the center of attention with his quick laugh and engaging demeanor. He loved to draw, and as a kid created his own cartoon character that he named Shoelace.  He later adopted that nickname for himself.  He settled in the mountains of Central Pennsylvania, where he found his peace and met his wife, Marci, who calmed the wild wind that was so much of his personality.

A memorial service will be held at 11 a.m. Oct. 4 at the Second Presbyterian Church (42 S. Fifth St., Oxford), where friends and family may call from 10:30 to 11 a.m. Interment with full military honors will be in Oxford Cemetery. 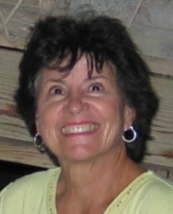 Josephine Marie Caruso, 75, of Oxford, passed away on Sept. 26 at Ware Presbyterian Village in Oxford.

Born in Philadelphia, she was the daughter of the late Frank and Mary Passivo Giusti. She was a devoted wife, mother and career woman. Early on, she worked for the Bell Telephone Company as an operator. After raising her family, she pursued an interest in tax and accounting work, initially employed by H&R Block and later as a revenue officer for the Internal Revenue Service in Wilmington, Del.  She retired in 2003 with 23 years of service and numerous commendations for her dedication and personal accomplishments. Upon retirement, she was given the Albert Gallatin Award for her contributions to public service. Possessing a contagious smile and a penchant for helping people, she was lauded by the Wilmington News Journal as "the friendly face of the IRS."

She was a member of Assumption BVM Church. She enjoyed dancing, playing cards, bowling, and being with her family and friends.

She is survived by one son, Anthony Caruso, Jr. and his wife Ann of West Grove; one daughter, Renee Caruso-Neel and her husband Dave of Oxford; one brother, Nicholas Giusti of West Grove; one sister, Rosemarie Skyler of Spring City, Pa.; three grandchildren, Cameron Cooper, Amanda Cooper and Abigail Caruso.

A visitation with family and friends will be held from 9 to 11 a.m. Oct. 2 at Assumption BVM Church (300 State Rd., West Grove). Her Mass of Christian Burial will follow at 11 a.m. Burial will be private.

In her memory, a contribution may be made to Cure Alzheimer's Fund, 34 Washington Street, Suite 200, Wellesley Hills, MA 02481.

He was the husband of the late Deborah Brown Sprout. Born in Lancaster, he was the son of the late Fred and Mary McQuiston Sprout. He was a veteran of the U.S. Army. serving in the Vietnam War. He  was a retired machinist with Synthes in Avondale.

A graveside service was held Oct. 2 at the Oxford Cemetery. Online condolences may be made at www.elcollinsfuneralhome.com.