Jean Lindenmuth, 90, of Oxford, died after a lengthy illness on Sept. 8 at Ware Presbyterian Home in Oxford.

She was the devoted wife of the late Rev. Ellsworth A. Lindenmuth, who died in 1992. Rev. Lindenmuth was the former pastor of the Oxford United Methodist Church from 1969 to 1979.

She was a homemaker most of her life, but spent about 10 years as a kindergarten assistant teacher.  She was a member of the Oxford Senior Center and the Oxford United Methodist Church.

A memorial service in her honor was held on Sept. 15. In lieu of flowers, donations may be made in her name to the Oxford United Methodist Church, 18 Addison Street, Oxford, PA 19363.

Born in Wilmington, Del., he was a son of Earl K. and Alma (Hendrickson) Rigler of Landenberg.  He was a 1971 graduate of Kennett High School, where he excelled at all sports, especially basketball. He then attended York College and graduated from Goldey Beacom College. He was an independent contractor in the distribution industry for several companies, including UPS, Arnold Breads and Martin's. He loved all Philadelphia sports teams.  Most of all, he adored his family, especially spending time with his kids and grandchildren.

Survivors include, in addition to his parents, one son, William "Bill" Rigler of Wilmington, Del.; one daughter, Melissa A. Wilkinson and her husband John of Landenberg; one brother, Earl Rigler and his wife Linda of Charleston, S.C., and Kennett Square; and three grandchildren, Gianna, Victoria, and John III.

A funeral was held Sept. 13. Interment was in Union Hill Cemetery.

Contributions in his memory may be made to the Landenberg United Methodist Church, 205 Penn Green Rd., P.O. Box 36, Landenberg, PA 19350.

Anne Carozzo "Pink Grandmom" Lafferty, 97, of Avondale, passed away on Sept. 10 at the Jennersville Regional Hospital.

She was the wife of Alfred Lafferty, who passed away in 1984. Born in Wilmington, Del., she was the daughter of the late Matthew and Caroline Secco Carozzo. She was a beautician. She owned and operated Hockessin Beauty Shop, retiring in 1991. She was a member of St. Gabriel of the Sorrowful Mother Church. She enjoyed going to horse races, reading, doing crossword puzzles, going to the beach, and being with her family and friends.

She is survived by one daughter, Joyce Vietri of Avondale; two grandchildren, Anthony Vietri and his wife Karen, and Tina Myers and her husband Keith ; and one great-granddaughter, Sofia. She was predeceasefd by one brother, Harry Carozzo; and three sisters, Mary, Louise and suzie Carozzo.

A funeral was held Sept. 13. Burial was in St. Patrick's Cemetery, Kennett Square. In her memory, a contribution may be made to St. Gabriel of the Sorrowful Mother Church, P.O. Box 709, Avondale, PA 19311. 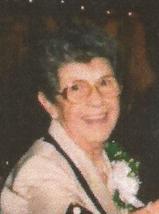 She was the wife of the late Francis J. McIntyre, with whom she shared 56 years of marriage. Born in Altoona, Pa., she was the daughter of the late Pasquale and Frances Padula Bruno. In the 1940s, she moved to Oxford to work in the munitions factories in Elkton, Md. She also was later employed with the Oxford Area School District in the cafeteria for many years. She was a member of Sacred Heart Church in Oxford for 70 years.

A Mass of Christian Burial was celebrated Sept. 14 at the Sacred Heart Church in Oxford. Interment was in Oxford Cemetery.

In lieu of flowers, donations in her memory may be made to the Make-A-Wish Foundation of Southeastern PA, 512 Township Line Rd., Suite 133, Blue Bell, PA 19422.

Hazel Virtue, 94, of Quarryville, passed away on Sept. 12 at her home.

She is survived by her sister, Lucille Steele of Oxford; and several nieces and nephews.

Funeral services were held Sept. 17. Interment was in Oxford Cemetery. In lieu of flowers, donations in Hazel's name may be made to the Lancaster County Hospice, P.O. Box 4125, Lancaster, PA 17604. 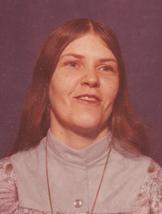 She was the wife of Johnny Rodriguez, with whom she shared 47 years of marriage. Born in Coatesville, she was the daughter of Enos and Elizabeth Barnes Coover. She enjoyed spending time with her grandchildren.

She is survived by her husband; two sons, John Rodriguez of Adrian, Mich., and Tomas Rodriguez of Nottingham; one daughter, Maggie Lawson of Oxford; eight grandchildren; one brother, Joe Coover of Seaford, Del.; and two sisters, Adeline Coover of Lancaster and Bonnie Ammon of Christiana, Pa.

Funeral services were held Sept. 17. Interment wais private. In lieu of flowers, donations in Nancy's name may be made to the Lancaster County Hospice, P.O. Box 4125, Lancaster, PA 17604.

Carolyn A. Halsey, 57, of Nottingham, went home to be with the Lord on Sept. 13 at Lancaster General Hospital, after a short illness.

She was the wife of Marvin L. Halsey. Born in Wilmington, Del., she was the daughter of Joann Bell Snyder of Alloway, N.J., and the late Bill Snyder.  She enjoyed traveling to Wildwood, N.J., Gettysburg, the U.S. Virgin Islands, the Bahamas, Florida, Colorado, North Carolina and Massachusetts. She raised turtles and cats and loved all animals. She also enjoyed reading, crafting camping, boating and going to the movies. However, she especially enjoyed spending time with her friends and family.

A celebration of her life will be held at a later date. In lieu of flowers, donations in Carolyn's name may be made to the St. Joseph's Indian School, Chamberlain, SD 57326 (www.stjo.org/dreams).