Henry Jadwin Shields III, 68, of West Grove, died July 21 at his home, surrounded by his family.

He was the husband of Carolyn Sigmund Shields, with whom he shared 42 years of marriage. Born in Philadelphia, he was a son of the late Henry J. Shields Jr. and the late Patricia Cayo Shields.  He graduated from Conestoga High School in Berwyn. He proudly served our country for two tours of duty in the U.S. Army during the Vietnam War. He was a member of the 11th Armored Cavalry and ASA. He was a longtime member of the Kennett Square VFW Post 5467 where he served on the board and as chaplain for a number of years. He was also active with Assumption B.V.M. Church in West Grove as a eucharistic minister and as a member of the Knights of Columbus. He worked as a registered representative for Vanguard in Valley Forge for 15 years. He enjoyed restoring his colonial house, reading, and vacations with his family in Nags Head, N.C.

He is survived by his wife Carolyn and their three children, Caroline Blanchard Shields, Henry Jadwin Shields IV, and Robert Eugene Shields.  He is also survived by his sister, Susan Shields Williams; and two stepsisters, Beverly Fox and Shirley Fox.

A visitation with family and friends will be held from 8:30 to 9:30 a.m. on Aug. 3 at Assumption BVM Church (300 State Rd., West Grove). A memorial mass will follow at 10 a.m. Interment will be in All Souls Cemetery, Coatesville.

In lieu of flowers, the family requests donations in his memory be made to the Vietnam Veterans of America, 8719 Colesville Road, Suite 100, Silver Spring, MD 20910, or at www.vva.org; or the veteran charity of your choice.

She was the wife of the late George B. Biester Jr., who died in 2010 and with whom she shared 55 years of marriage. Born in Keokuk, Iowa, she was the daughter of the late Virgil Austin and the late Francis Barlow Austin. She was a proud wife of a Navy veteran, planning and attending Navy ship reunions throughout the country. She loved dancing, bowling, playing cards and traveling anywhere there was water, especially Florida.  She was a member of the Ladies Auxiliary of Crozer Chester Hospital and enjoyed volunteering for many causes throughout her life. She was also a member of the Kennett Area Senior Center.

A funeral was held July 29. Interment was in Edgewood Memorial Park, Glen Mills, Pa.  Contributions in her memory may be made to the Kennett Friends Home, 147 W. State St., Kennett Square, PA 19348. 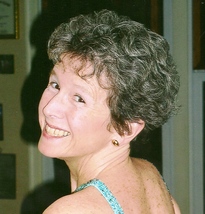 Margaret Ealise (Scott) Rundle, 64, of West Grove, died at home on July 24 after a courageous nine-year battle with cancer.
She was the beloved wife of Alfred G. Rundle, with whom she shared 42 years of marriage. She was born in Philadelphia, grew up in Tinicum and graduated from Ridley Park High School. She was the daughter of J. Willis and Edith (Douglas) Scott. Ealise worked at Southco, Inc. (Lester, Pa.), as well as Pusey-Brosius (Kennett Square) as an administrative assistant and receptionist. Since moving to Unionville from the Chicago area in 1985, she was a dedicated supporter of her sons' interests in URA sports, Boy Scout Troop 22 and the UCF PTO. She was an active member of Episcopal Church of the Advent in Kennett, where she was often referred to as the "Kitchen Angel" because of her dedication behind the scenes to supporting that essential resource.
In addition to her husband Alfred, she leaves sons Daniel, of Palm Beach, Fla., and Andrew (Drew) and his wife Stephanie, of New Bern, N.C. She also leaves her beloved granddaughters Sydney, Sabrina, Ansley and Emma, as well as her dear grandson Logan and a long list of devoted friends.
A funeral was held July 27. Burial was at Union Hill Cemetery. In lieu of flowers, memorial donations in her memory may be made to The Ealise Rundle Outreach Fund, C/O Church of the Advent, 201 Crestline Drive, Kennett Square PA, 19348.
CHARLES R. CRAMPTON
Charles R. Crampton, 67, of Wilmington, Del., passed away suddenly on July 18 at the Wilmington Hospital in Wilmington.
Born in Oxford, he was the son of the late Albert T. and Grace McAllister Crampton. He worked in the restaurant industry for 40 years, retiring four years ago. He loved to cook and enjoyed visiting family and friends.
He is survived by two sisters, Ruth Crampton of Oxford, and Alice Hamilton of Rising Sun, Md.; two brothers, Tom Crampton of Oxford, and Francis Crampton of Drumore, Pa.; several nieces and nephews; and his dearest friends, Bonnie Tipton and Sherry Hudson.
Online condolences may be made at www.ruffenachfuneralhome.com. 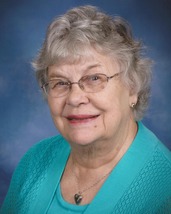 E. Margaret Hash, 87, of Nottingham, passed away July 26 at her home.
She was the wife of the late Luther C. Hash. Born in Woodridge, Va., she was the daughter of the late Edward Albert and Addie Pearl Burnham Gibson. She was a member of Bethany Presbyterian Church in Oxford, and the Oxford Senior Center. She worked over the years as a seamstress at J.C. Penney in Price's Corner, Wilmington, and JD's in Oxford. She later worked as a cook at Ware Presbyterian Village in Oxford; as an aide at Bethany Christian School in Oxford; and retired in 2012 as an aide at Tommy Tinker's Too in Oxford.