Collin Campbell (pictured) and Eldon Ross have been charged with possession of large amounts of heroin, other illegal drugs, and paraphernalia.

The Kennett Square Police Department arrested Collin Campbell, 21, and Eldon Ross, 20, and charged them with possession of large amounts of heroin, other illegal drugs, and paraphernalia. 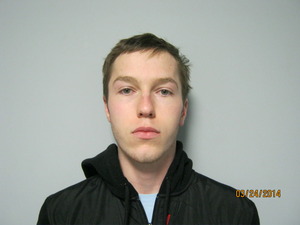 Acting on a confidential tip, the police, on March 23, discovered that Campbell and Ross were in possession of more than 220 individual packets of heroin, illegal prescription medication, the drug Ecstasy, marijuana, and drug paraphernalia.

Both suspects were arraigned before Judge Daniel Maisano. Ross was released after posting $9,000 cash bail. Campbell was committed to Chester County Prison in lieu of $3,000 cash bail.