'All In a Day's Work' by Karl Kuerner

When Red Hamer started working for The Evening Bulletin, Dwight Eisenhower was in the White House, Mickey Mantle hit 42 home runs for the Yankees and Ken Rosewall was dominating tennis courts around the world. 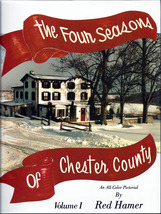 Rosewall's pursuit happened to be Red's favorite sport. Hamer became a full-time professional sports writer in 1958, after having been a local tennis star himself. Covering other sports at the newspaper from 1958 to 1974, Hamer was the main reporter following University of Pennsylvania football and the Penn Relays.

I've had several opportunities to meet Red over the past few years, and was thrilled to hear of his experiences with some of the best-known celebrities of the modern era. Hamer met Rosewall, Rod Laver and later Arthur Ashe in 1968, the year Ashe became the first black player to win the U.S. Tennis Open. Hamer even played Laver -- the only man to win the Grand Slam twice -- in a friendly match at The Spectrum in Philadelphia.

Hamer's exposure to sports over the years often brought him into interesting situations. In 1971, 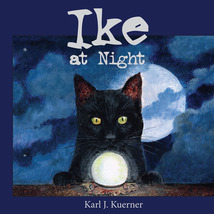 he participated in the Boston Marathon, taking notes while running so he could write a story about it. Along the course, a blind runner passed him. Humbled by the experience, Hamer later announced that he completed the race "in only two hours and 171 minutes.:

Naturally athletic, he used his abilities and connections to meet many of the local sports figures of the 1960s and 1970s, catching up with Villanova track star Marty Liquori, chatting with former Phillies "Whiz Kid" center-fielder Ritchie Ashburn, and hitting balls with tennis pro Bobby Riggs. Hamer met Luciano Pavarotti, capturing a splendid moment on film as the tenor great rode in the 1991 Philadelphia Columbus Day Parade.

When Hamer decided to focus his talents on photography, it was partially due to the natural beauty of the place he called home, the Chesapeake Bay. Living along the bay for 20 years, he depicted landscapes rather than sports figures. Utilizing  his roots in the Philadelphia area for material, in 1979 Red released his first book, titled "The Four Seasons of Chester County," which was so popular that it made it into the time capsule buried in front of the Chester County Courthouse.

He went on to write Volumes II, III and IV, as well as two volumes of "The Four Seasons of the Chesapeake Bay," Volume II of which was the best-selling book in the eastern United States in 1982.  Hamer's focus on the local countryside is also highlighted in his book, "A Chester County Christmas."

Another local icon, artist Karl Kuerner, grew up admiring his surroundings in Chester County. His grandfather (with the same name) emigrated from Germany in 1926, renting the historic Ring Farm in Chadds Ford and later purchasing the property which had ties to the Battle of the Brandywine, with stray cannonballs and grapeshot buried in the soil.

A sense of history was important to several people in the area, including artist Howard Pyle, the father of  the Brandywine School of artists, and one of his students, N.C. Wyeth.

N.C.'s son, Andrew, focused his art on the beauty of the region and later gained worldwide 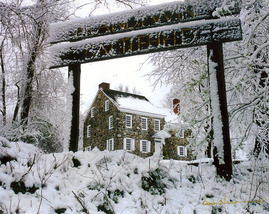 fame. In hundreds of his paintings, Andrew showcased the Kuerner Farm. By the early 1970s, young Karl Kuerner had been painting on his own. Showing one of his works to Andrew's sister, Carolyn, Karl began a lifelong infatuation with the serenity and rustic elegance of the Brandywine Valley.

"This is the Kuerner Farm from the Kuerners' perspective," Karl said after its release. In the introduction to the book, Andrew Wyeth wrote, "I have watched him grow … with his own vision. His work is inspiring and deeply introspective."

At Work," done while the old master wasn't watching. 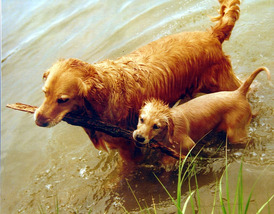 Kuerner's books illustrate less-heralded aspects of life along the Brandywine. "Ike At Night" is a capricious look at his 6-year-old cat who goes on adventures, toasting "mousemellows" around the campfire. "Ike Takes Flight" follows suit, depicting feline pursuits with a different twist.

Kuerner says his paintings are "abstracts disguised by realism." Commenting on the many people drawn to the region to capture the lovely scenery on canvas, he says, "There are many local painters … but few artists." He is clearly one of those few.

Karl Kuerner will be signing copies of his books at the Chadds Ford Historical Society (1736 Creek Rd., Chadds Ford) on Nov. 2. On Nov. 3, Red Hamer will be at the Historical Society to sign copies of his books and photographs. Both events run from 10 a.m. to 4 p.m. Light refreshments will be served, and the historic John Chads House will be open for tours. For more information, visitwww.chaddsfordhistory.org, or call 610-388-7376.

Gene Pisasale is an author and lecturer based in Kennett Square. His six books and lecture series focus on local history. His latest work is "The Forgotten Star," an historical novel of the War of 1812 which highlights true mysteries surrounding the Star-Spangled Banner. Visit www.GenePisasale.com or contact him at [email protected]