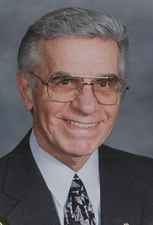 Born in 1923, he was the son of the late Leonard Parenti, Sr., and the late Zoraide Santini Parenti. A World War II veteran, Leonard spent his military career as a tail gunner on Guam and Tinian in the Pacific Theater; attached to the 20th Air Force Headquarters Squadron. After completing his military duty and returning to the United States, he attended watchmaking school in Philadelphia and was employed by Bregers Jewelry in Wilmington, Del.  He then went to work for Prudential Insurance and finally served as general manager at Bowlerama in New Castle, Del., retiring in 1985.

He was a 32nd Degree Mason and member of the Brandywine Masonic Lodge No. 33 and the Scottish Rite. He was an avid reader, enjoyed classical music, and spending time outdoors doing yard chores.  He was a great conversationalist. He was a devoted husband, father, and grandfather who most enjoyed spending time with his two grandsons, who were the love of his life. Leonard will be sadly missed by all who knew him.

He is survived by his wife Louise, sharing 48 years of marriage; his daughter Carol Buckalew and husband Mark Buckalew; grandsons Sean and Eric Buckalew; sister Christina Penna; and nephew Mike Penna and his wife Linda.

A funeral was held aug. 16. Interment was in Longwood Cemetery. Contributions in his memory may be made to the Kennett Square Missionary Baptist Church, 408 Bayard Road, Kennett Square, PA 19348.  To view his online tribute and to share a memory with his family, visit www.griecocares.com. 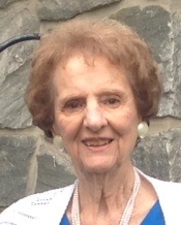 Marie Odorisio Bonifacino, 86, of Kennett Square, died on Aug. 13 at her home, surrounded by her family, whom she adored.

She was the wife of the late Frederick H. Bonifacino, who died in June of this year. Born in Philadelphia, she was a daughter of the late Nicholas and the late Dolores (Orlando) Odorisio. She was a longtime member of St. Patrick Church, and in earlier years of Kennett Square Golf and Country Club, where she won several golf tournaments with her friends. She loved going to Delaware Park and playing pinochle with her friends. She was an avid fan of the Phillies and Eagles, but most of all, she loved spending time with her family and friends.

Survivors include two sons, Richard, and Steven and his wife Cindy of Kennett Square; her daughter-in-law Cheryl Bonifacino of Harrisburg; two sisters, Lorraine and Johnny Moulder of Lewes, Del., and Frances Brittingham of Kennett Square; one brother, Nicholas Odorisio of Kennett Square; and seven grandchildren. She was predeceased by a sister, Lucy Lafferty; and a son, Henry Bonifacino.

A visitation with family and friends will be held from 8:30 to 9:30 a.m. on Aug. 22 at the Kuzo & Grieco Funeral Home (250 W. State St., Kennett Square).  Her mass of Christian burial will follow at 10 a.m. at St. Patrick Church (212 Meredith St., Kennett Square).  Inurnment will be in St. Patrick Cemetery.  Contributions in her memory may be made to the Kennett Area Senior Center, 427 S. Walnut St., Kennett Square, PA 19348. To view her online memorial, or to share a memory with her family, visit www.griecocares.com.

Anne “Nancy” M. Cosgrove, 89, of West Grove, beloved mother, passed away after a brief illness on Aug. 12 at Neighborhood Hospice in West Chester. She will be profoundly missed.

Daughter of Thomas and Anna Mullin, she was born in Philadelphia. After graduating from West Catholic Girls High School, she received a registered nurse degree in 1947 from Misericordia Hospital. She worked as a nurse over the years for Curtis Publishing, Chester County Hospital, Neighborhood Visiting Nurse Association, and Pocopson Home. She lived for many years in Lenape with her husband, Paul J. Cosgrove, Jr. She loved having a big family, and enjoyed reading, animals, nature, and vacationing in Ocean City, N.J.

She was predeceased by her sisters Loretta Gardler and Elizabeth Cosgrove; brothers William and Thomas; and a son, Joseph. She is survived by seven children, Melinda of Lincoln University, Mark of Wyndmoor, Timothy of Atlantic City, Lois of Ewing New Jersey, Thomas of Elverson, Paul J. III of Kennett Square, and Peter of Christiana; seven grandchildren, Tina, Desiree, T. Christopher, Peter, Evyn, Paul J. IV, and Cory; and one great-granddaughter, Adrienne.

A memorial mass will be held on Aug. 20 at 11 a.m. at the Church of the Sacred Heart (203 Church Rd., Oxford). If available, the family asks that you bring pictures to share, or you may share online at Nancy’s online tribute at www.griecocares.com. In lieu of flowers, memorial contributions may be made to the American Diabetes Foundation P.O. Box 11454, Alexandria, VA 22312, or www.diabetes.org.

Randal F. "Randy" Abel, son of the late John Wayne Abel (formerly of Parkesburg) and Darlene A (nee Dawson) Abel passed away suddenly at his home in Malvern on Aug. 16.

He is survived by his mother; sister Pam and her husband Mark Shane of Coatesville; and brother Christopher Wayne of Newark, Del. He is also survived by aunts, uncles and many cousins.

Friends and family are invited to attend a celebration of life at Mauger-Givnish Funeral Home (24 Monument Ave., Malvern) at 11 a.m. on Aug. 21. A viewing will be held Wednesday evening from 7 to 9 p.m., and from 10 to 11 a.m. on Thursday. Internment will be in the Nottingham Baptist Cemetery in Nottingham.  In lieu of flowers,  contributions may be made to the Mauger-Givnish Funeral Home or through www.youcaring.com, "In Memory of Randy Abel." Visit www.maugergivnish.com for more information.

John Henry Herr, 92, of Avondale, passed away on Aug. 17 at Manor Care in Wilmington, Del.

He was the husband of Mildred Wilson Herr, with whom he shared 68 years of marriage. Born in  Doe  Run, Pa., he was the son of the late Noah S. and Zelva Carlin Herr. He was an electrician at Lukens Steel Company in Coatesville, retiring in 1982 after 42 years of service. He was a member of the Avon Grove Lions Club and a member and 32nd  degree Mason at the  New London Masonic Lodge No.545  F&AM. He was also a member of  the New London Presbyterian Church, where he served as an elder and a deacon, and he was very active in the Avon Grove Senior Center. John enjoyed farming, gardening, working on anything that had an engine, restoring John Deere tractors, and being with his family and friends. He served his country in World War II as a sergeant in the Signal Corps in New Guinea.

In addition to his wife, he is survived by one son, Robert L. Herr and his wife Susan of Landenberg;  one daughter, Judy H. Small and her husband Melvyn of West Chester; one brother, Allen Herr of Christiana, Pa.; one sister, Mary Weiser of Downingtown; five grandchildren and six great-grandchildren. He was predeceased by two brothers, Lester and Charles Herr; and two sisters, Elizabeth Horrex and Ethel Kuhn.

A visitation with family and friends will be held from 10 to 11 a.m. on Aug. 22 at the New London Presbyterian Church (1986 Newark Rd., Route 896,New London). His funeral service will follow at 11 a.m. Burial will be private, in the adjoining church cemetery. In memory of John, a contribution may be made to the American Macular Degeneration Foundation, P.O. Box 515, Northampton, MA 01061-0515. Online condolences  may be made by visiting www.griecocares.com.