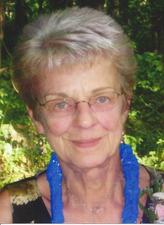 Norma Jeanne Bartram, 76, of Oxford, passed away on Aug. 4 at her home.

Born in Oxford, she was the daughter of the late Ivory and Arvilla Lutman Prewitt. She was a homemaker who dedicated her life to her family. She enjoyed crafting, canning and gardening, and she maintained a beautiful, loving home for her family.

Funeral services were held Aug. 8. Interment was in Oxford Cemetery. In lieu of flowers, donations in her memory may be made to the Lighthouse Youth Center, PO Box 38, Oxford, PA. Online condolences may be made at www.elcollinsfuneralhome.com.

Thomas Garriett Still, 69, of Unionville, passed away suddenly on Aug. 6 at his home.

He was the beloved husband of Neva Wheatman Still, with whom he shared 49 years of marriage. Born in West Chester, he was the son of the late Lloyd and Mary Welsh Still. A graduate of Kennett High School, he spent most of his life in Unionville. He was a lifetime member of St. Patrick Church in Kennett Square, and greatly enjoyed visits to St. Malachi Church in Doe Run. He was a former member of Future Farmers of America and the Pennsylvania Christmas Tree Growers Association, and a longtime member of the Marlborough Hunting and Fishing Club. Many happy hours were spent at the club’s cabin in Clinton County with both family and friends. He enjoyed farming early in his life before going into business for himself, and then with his son, Tim, in T&T Still Home Improvement. He loved spending time with family and friends, and served up a hot breakfast and unlimited stories. He taught his children and a few lucky others how to drive anything on wheels, fix most everything, and love people and pets.  He was proud to have recently re-acquired his grandfather’s 1951 John Deere B.

In addition to his wife, he is survived by his children, Kenneth (Monica), Beth (Kevin), Timothy, and Susan (Jake); and grandchildren Taylor and Kassie Garris, and Garrett and Claire Elks.  He was preceded in death by his sisters, Barbara Ruczhak and Mary Kathleen Still.

Relatives and friends are invited to visit with his family and friends from 10 to 11 a.m. on Aug. 9 at St. Malachi Church (76 St. Malachi Road, Cochranville). His funeral mass will follow at 11 a.m. Burial will be in the adjoining church cemetery. In lieu of flowers, contributions may be made to Marlborough Hunting and Fishing Club, PO Box 962, Unionville PA 19375; or St. Patrick Church, 205 Lafayette Street, Kennett Square PA 19348. Online condolences may be made by visiting www.griecocares.com.

Eugene Marino, 80, of West Grove, passed away on Aug. 7 at the Coatesville VA Hospital.

He was the husband of Mary McNally Marino, who passed away in 2005, and with whom he shared 48 years of marriage. Born in Brooklyn, N.Y., he was the son of the late Joseph and Agatha “Ida” Diccardello Marino. He was a printer at Westbury Press in Englewood, N.J., then he worked at Champion International Paper, where he retired in 1996. He served his country in the U.S. Air Force, as a right gunner on a B-29. He was a member of Sacred Heart Church in Oxford, and the Jennersville YMCA. He was very  active in his community, and he enjoyed playing tennis, bocce, bowling, horseshoes, shuffleboard, and playing pool. He very much enjoyed being with his family and friends.

He is survived by one son, Peter G. Marino and his wife Mirtha of New Castle, Del.; one daughter, Patricia A. Chappina and her husband Stephen of Staten Island, N.Y.; and three grandchildren.

A funeral was held Aug. 12. Burial was private. Online condolences may be made by visiting www.griecocares.com.

Lucille M. Rosado, 75, of Oxford, passed away on Aug. 4 at Keystone Hospice in Wyndmoor.

Born in West Chester, she was the daughter of the late Clyde and Lector Van Dyke Odum. She retired as a customer supporter from Diamond State Telephone in Wilmington, now known as Verizon Delaware, LLC. She enjoyed reading and especially enjoyed Elvis.

She is survived by two sons, David C. Jenkins and wife Donna M. of Oxford, Dana M. Jenkins and wife Darci of Wolf Creek, Ore.; two grandchildren, Stephen Sterner, and Alexander Jenkins and wife Melissa; one great-grandchild, Lillian Rose Jenkins; two brothers, Dale Odum and Wayne Odum, both of Flagler Beach, Fla.; and one sister, Shirley Cornett of South Carolina. Services were private. Online condolences may be made at www.elcollinsfuneralhome.com.

John F. Boddy passed away on Aug. 5. He leaves to cherish his memory his three children, Joanne Crawley, Wendy Boddy and John Boddy, Jr.; 10 grandchildren; four great-grandchildren; and a host of nieces, nephews and other family and friends. He was preceded in death by his parents, George E. and Mildred Henson Boddy; his brother, George Boddy; and his sister, Mary Boddy. A funeral will be held at 11 a.m. on Aug. 13 at New Galilee UAME Church (311 E. 3rd St., Avondale), with a viewing from 9 to 10:45 a.m. Burial will be in the Delaware Veterans Memorial Cemetery. Visit www.HYPERLINK "http://congofuneralhome.com" congofuneralhome.com.

Fred Edgar Harper, 77, of Toughkenamon, passed away on Aug. 10 at his home.

He was the husband of Nellie Smith Harper, with whom he shared 51 years of marriage. Born in Shady Valley, Tenn., he was the son of the late Clarence Harper and Ruth Lewis Harper Cornette. He retired from Emidio Frezzo, Jr. Mushroom Company in Toughkenamon after more than 40 years in the mushroom industry. After retiring, he was employed with Tri-M Corporation in Kennett Square. He attended the Avondale United Methodist Church. He enjoyed the outdoors, especially gardening, hunting, fishing, wildlife watching, and family games. He was devoted to his grandchildren.

Funeral services will be held at 11 a.m. Aug. 15 at the Edward L. Collins, Jr. Funeral Home, Inc. (86 Pine St., Oxford), where friends may visit from 10 to 11 a.m. Friday and 6 to 8 p.m. Thursday. Interment will be in Oxford Cemetery. In lieu of flowers, donations in his memory may be made to Willow Tree Hospice, 616 E. Cypress St., Kennett Square, PA 19348; or Keystone Elk Country Alliance, 134 Homestead Drive, Benezette, PA 15821. Online condolences may be made at www.elcollinsfuneralhome.com.