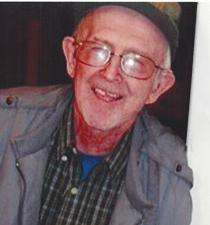 Harold “Neffy/PeeWee” A. Neff, 86, of Nottingham, passed away on June 4 at his home.

He was the husband of the late Mabel Dean Neff. Born in Lancaster County, he was the son of the late Charles and Florence Kunkle Neff. He was a veteran of the U.S. Army and served in the Korean War. He retired from Price Brothers, Aberdeen, Md., as a pipe maker. He was a member of the American Legion Mason-Dixon Post No. 194 in Rising Sun, Md.

He is survived by three sons, Harold B. Neff, Dwayne H. Elville, and Michael W. Neff, all of Nottingham; two stepchildren, Harry F. Elville and his wife Kathy, and Norma J. Eller and her husband  Jerry all of Oxford; 22 grandchildren; many great-grandchildren; and one sister, Shirley Patterson and her husband Wally of Perryville, Md. He was preceded in death by a stepson, Gary L. Elville; and four brothers, Donald Neff, Willard Neff, Charles Neff, and Truman Neff.

Funeral services were held June 7. Interment with full military honors was at Oxford Cemetery. Online condolences may be made at www.elcollinsfuneralhome.com. 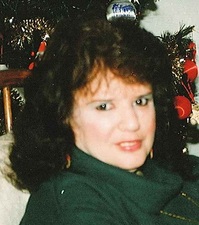 Beverly Iris Norton, 69, of West Grove, died on June 5 at home, surrounded by her family.

She was the wife of Mitchell D. Norton, with whom she shared  47 years of marriage. Born in Chester, Pa., she was a daughter of the late Morris Beerson and the late Jessie Margolis Beerson. She was a proofing operator at The First National Bank of West Chester before computers were available to do this task. She volunteered at Assumption BVM Catholic School in West Grove, where she was known as Aunt Bev. In her earlier years, she and her husband owned and operated their own videography business, City Lights Video Productions. She enjoyed her work there, which included web page design, video editing and virtually anything to do with computers. She was a very social person and could remember anyone and anything, including the little details of life. She also loved caring for children.

Survivors include, in addition to her husband, one daughter, Alisa Orr (Kevin) of Exton; one brother, Irving Beerson (Marcy) of Wallingford; and two grandchildren, Johanna and Malena.

A funeral was held June 10. Interment was in Union Hill Cemetery in Kennett Square. To share a memory with her family, visit www.griecocares.com. 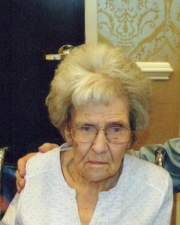 She was the wife of Nicholas Fanning, who passed away in 1984, and with whom she shared 50 years of marriage. Born in East Vincent Township, Pa., she was the daughter of the late Harry A. and Hanna Mary Kramer Davis. She was a homemaker and enjoyed doing crossword puzzles, gardening and reading.

She is survived by one son, Charles N. Fanning and his wife Maxine of Wilmington, Del.; three daughters, Marianne Fanning of Naples, Fla., Marjorie C. King of Wilmington, Del., and Janet Horrex and her husband W. Allen of Mt. Pleasant, S.C.; seven grandchildren, 11 great-grandchildren; and two great-great grandchildren. She was predeceased by two brothers and one sister.

A visitation with family and friends will be held from 9:30 to 10:30 a.m. on June 13 at the Kuzo & Grieco Funeral Home (250 W. State St., Kennett Square). Her funeral service will follow at 10:30 a.m. Burial will be in Union Hill Cemetery in Kennett Square. Online condolences may be made by visiting www.griecocares.com. 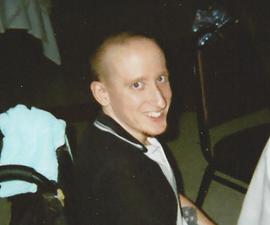 He was the son of George Harry and Antoinette Jones Bicknell. Taylor was a birthright member of the Religious Society of Friends of Oxford. He was a lifeguard at Kendal Crossland retirement Community in Kennett Square, and at Bicknell’s Pool in Oxford. When he was just 10 years old, he was recognized in the newspaper for having saved his 2-year-old brother from drowning. Taylor was loved by those who knew him. He faced the many challenges in his life with grace, dignity, and humor. His courage and resiliency inspired those who knew him to have heightened awareness of the capabilities of others with disabilities.

He is survived by his parents; one brother, Harrison E. Bicknell of Oxford; two sisters, Danielle Ruffatt and her husband Andrew of Lincoln University, and Shayla Bicknell and her husband Jon McKinnis of Pittsburgh;  a nephew and niece, Nick and Leah Ruffatt; and numerous aunts, uncles and cousins.

A memorial service will be held at 11 a.m. on June 22 at the Oxford Friends Meeting (260 S. Third St., Oxford). Interment will be private. In lieu of flowers, donations in his memory may be made to the Spina Bifida Association of Delaware Valley, PO Box 1235, Havertown, PA 19083. Online condolences may be made at www.elcollinsfuneralhome.com.

She retired from Wilmington Trust as assistant vice president. She was very involved in her church, Evangelical Presbyterian Church, where she sang in the choir and was a part of the Pioneer Girls Club. She also enjoyed sewing and cross-stitching.

She is survived by her husband, Reeves Hawks; and sister, Barbara Low. She was preceded in death by her parents, Arthur and Edith Dickson.

A visitation will be held June 14 from 10 to 11 a.m. in the Evangelical Presbyterian Church (308 Possum Park Rd., Newark, Del.), followed by a service in celebration of Shirley’s life at 11 a.m.  Burial will follow in Ebenezer Church Cemetery.  For directions or to send an online condolence, visit www.strano-feeley.com.