While living in Oxford, she was a faithful member of The United Methodist Church, where she participated for many years in numerous activities.

She is survived by her daughter, Gayle Burling Simmons of Lancaster, Pa.; a grandson, Jared B. Simmons of Westhampton Beach, NY.; and two granddaughters, Ellen Faust of Towson, Md., and Sharon Stamp of Tequesta, Fla. She is also survived by two great-granddaughters, Isabel Faust and Sarah Stamp.

She was born in 1916, the daughter of a school teacher in Buhl, Idaho. Music was the lode stone of her life.She was the first piano teacher for her children and eventually went on to be a publicist for the Yale School of Music. She sang in the Yale Chorale and was a passionate fan of the Metropolitan Opera in New York well into her 80s. She collected and read a library of  scholarly works about music and composers. As the wife of the master of Branford College at Yale, she was an elegant hostess for students and colleagues. She was a crack typist and could produce a complex scientific manuscript easily and accurately. Her last employment was at the Yale school of Medicine. She would have kept working later into her 70s than she did, but work was interfering with her travel plans, so she retired She was drawn to Russia and went there many times. She also attended opera tours in Italy and Vienna, Austria. She chose to retire at Kendal, knowing that she would be secure there until the end of her life but as active as possible until then. During those years she was a regular visitor to Ventura, Calif., where she leaves good friends and family.

He son George died in 1988 and she is survived by her daughter, Ann Kelley Salahuddin; son-in-law, Zaki Salahuddin; sister-in-law, Kay Jones; grandchildren, nieces and nephews. 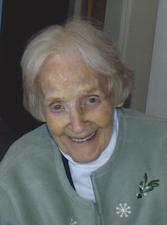 Born in West Grove, she was the daughter of the late John P. and Ida DeSilva Holton. She retired from Bell Telephone as an operator and was a member of  Telephone Pioneers of America. During World War II, she worked at Bainbridge Naval Training Center in the ammunition division. She was a member of the First Baptist Church of Oxford. She was devoted to her family, especially her nieces and nephews, and enjoyed spending time with her friends. A caring and giving person, she often placed the needs of others before her own and generously gave her time without hesitation to help whenever she could. She always had a positive attitude and encouraging way about her. She enjoyed taking trips with her nieces and nephews, who have many fond memories of those times spent with her.

Funeral services were held May 9. Interment was in Oxford Cemetery. In lieu of flowers, donations in her memory may be made to the First Baptist Church, 552 Market St., Oxford, PA 19363. Online condolences may be made at www.elcollinsfuneralhome.com. 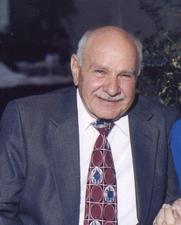 Joseph F. Cappelli, 85, died peacefully, surrounded by his family, on May 7 at his home in Cochranville.

He was born and raised in Philadelphia. He lived in Glen Mills for many years before moving to Cochranville, where he lived for the past 17 years. He was a founding member of Suburban Contractors. He was a member of the Operating Engineers Local No. 542. He worked in excavating for many years and established the family business, Joseph F. Cappelli and Sons. He was devoted to his family and enjoyed spending time with them. He served in the U.S. Army and was a member of Sacred Heart Church in Oxford.

He was the son of the late Pietro and Elizabeth (DeMarco) Cappelli, and father of the late Carmen P. Cappelli, who died in 1981.  Survivors include his loving wife of 58 years, Louise (DeSantis) Cappelli; children Joseph A. Cappelli (Kathy), Theresa M. Calibey (Gary), and Mark F. Cappelli (Karen); sisters Marie Castellano and Sr. Theresa Cappelli of the Sisters of St. Joseph; and grandchildren Maria, Megan, Toria, Nicholas, Lucas, Julie, and Jeana.

A funeral was held May 12 in Glen Mills. Interment was in Ss. Peter & Paul Cemetery in Springfield. In lieu of flowers, memorial donations may be made to St. Joseph Villa, 110 W. Wissahickon Ave. Flourtown, PA 19031.

Thomas "Luke" Lucas, 70, of Oxford, formerly of Wernersville, Pa., passed away on May 5 at Ware Presbyterian Village in Oxford.

Born in Lebanon, Pa., he was the son of the late Thomas George Lucas and Evelyn Smith Ulrich. He was a 1961 graduate of Wilson High School in West Lawn Pa., and a veteran of the U.S. Air Force. He was a member of the Salem Lutheran Church in Lebanon. He enjoyed playing golf, and was an avid fan of the LA Dodgers and Cleveland Browns.

He is survived by one daughter, Amy Lucas DeCola of New Providence; three brothers, Fred Lucas of Camp Hill, James Lucas of Bethel, and Robert Lucas of Auburndale, Mass.; along with many nieces and nephews. He was preceded in death by a son, Benjamin Lucas.

A celebration of life memorial service will be held at a later date. Online condolences may be made at www.elcollinsfuneralhome.com.

Stanley A. Naplachowski, retired pharmacist, died on May 1, surrounded by family in Jennersville at the age of 84.

Formerly of Lutherville, Md., he was the husband of Mary Gloria (Zelinski) Naplachowski, who died in 2010, with whom he shared 57 years of marriage. Born in Baltimore, Md., in 1929, Stanley graduated from the University of Maryland School of Pharmacy in Baltimore. He was a devoted pharmacist for over 40 years, retiring in 1992.

He is survived by his son Brian and wife Lisa of Fairbanks, Alaska; his four daughters, Kathy Ariosa, wife of the late Jay Ariosa of Baltimore, Md., Stephanie Stepien and her husband Krzysztof of Middletown, Md., Cynthia Czapski and her husband Donald of Shaker Heights, Ohio, and Gloria Martinie and her husband Roger of Cochranville; and four loving grandchildren, Ryan and Juliet Ariosa; Amelia and Allison Martinie. He is also survived by one brother, Walter Stenley of Baltimore,Md.

A memorial mass will celebrate Stanley’s life at 10 a.m. on May 16 at St. Joseph Parish (100 Church Ln., Cockeysville, Md.). Interment will follow at Most Holy Redeemer Cemetery (4430 Belair Rd., Baltimore).  In lieu of flowers, contributions in his memory may be made to the National Relief Charities, dedicated to the quality of life for impoverished Native Americans, www.nrcprograms.org. To share a memory with his family, visit www.griecocares.com.

Ruth Anne Webb Harrison, 83, of Kennett Square, who lived previously in Wallingford, Pa., and Hockessin, Del., died on May 5 at Kendal at Longwood retirement community.

She was the wife of the late Martin Dale Harrison, who died in 1998, and with whom she shared 48 years of marriage. Born in West Grove, she was a daughter of the late Edward Addison Webb and the late Anna Brosius Passmore.  She grew up on the family farm in Avondale. She graduated from the George School in 1948 and the University of Delaware in 1952. She spent many hours volunteering as a Girl Scout leader and a member of the PTA, and enjoyed watching her children's and grandchildren's sporting events. She was on the board of the Kennett Area Senior Center, and was involved on committees at London Grove Monthly Meeting. She enjoyed sewing, knitting and weaving, reading, tennis, horses and loved all animals.  She loved traveling, especially to her summer place in Harrisville, N.H., called “Dolittle."

Her memorial meeting for worship will be held at 11 a.m. on June 14 at London Grove Friends Meeting (500 Street Rd., Kennett Square), followed by a reception in the social room. In lieu of flowers, please donate to Huntington’s Disease Society of America, HDSA 505 Eighth Avenue, Suite 902 NY, NY 10018 (or at www.hdsa.org). To share a memory with her family, visit www.griecocares.com.

Claud Ray Campbell, 82, of Eustis, Fla., formerly of New London, passed away on May 6  in Orlando, Fla.

He was the husband of the late Betty Mae Smith Campbell. Born in Mt. City, Tenn., he was the son of the late Anderson Campbell and Zelda Price Campbell Walsh. He was employed for 30 years with the General Motors Boxwood Plant. He attended the Media Mennonite Church in Oxford. He was a member of several shuffleboard clubs in Florida and he enjoyed biking. At the age of 80, he bicycled from Oxford, Pa., to Florida.

He is survived by six daughters, Claudette Garner and  husband Milton of Downingtown, Kathy Ayers and husband Paul of Rising Sun, Md., Judy Cissel and husband Tom of Prospect, Va., Robin Martin and husband Kevin of Oxford, Dolly Swisher and husband Bill of Landenberg, and Bennie Schneider and husband Don of Oxford; 11 grandchildren; and 15 great-grandchildren. He was preceded in death by a grandson, Larry Swain, Jr.; three brothers, J.C. Campbell,  D.R. Campbell, and L.G. Hoover Campbell; and one sister, Bennie Price.

Funeral services will be held at 11 a.m. on May 14 at the Media Mennonite Church (866 5th St., Oxford), where friends may visit from 10 to 11 a.m. Interment will be in New London Presbyterian Cemetery in New London. In lieu of flowers, donations in his memory may be made to Media Mennonite Church Building Fund, 866 5th St., Oxford, PA 19363. Visit www.elcollinsfuneralhome.com.

She was the wife of William R. Skillen, Jr., who passed away in 1982, and with whom she shared 48 years of marriage. Born in Pittsburgh, she was the daughter of the late William and Susannah Wightman Skillen. She was a homemaker and enjoyed music, flowers, and conversation with friends. She was a member of the Brethren in Christ Church at Messiah Village.