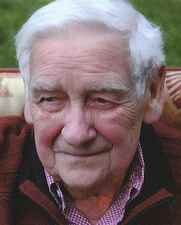 Wilmer B. Powell, 79, of Chadds Ford, passed away on April 5 at St. Francis Hospital in Wilmington, Del.

He was born in Dilworthtown, Pa., in 1934, son of the late William and Emma Powell. He retired in 1998 after 45 years as a vice president from Wilmington Trust Company. He served on the NFSOC executive board of the American Bankers Association from 1987 to 1991, and served on the ABA Alumni Council for five years.  After retirement, he volunteered as a captain and docent for The Nicholas and Alexandria exhibit for three years.

He is survived by his wife of 26 years, Brenda Sturgeon Powell; his children, Sharon Murphy and Beverly Reinholz; his stepdaughter, Candace Vogelsong and husband Adam; and the loves of his life, his granddaughters, Grace and Abigail.  He is also survived by his sister, Mary Derickson. He was predeceased by his brother, William Powell; and his sister, Jane Boyd.

Wilmer was a kind and gentle man who was highly respected by his friends and colleagues.  A memorial service will be held at 7 p.m. on May 1 at the Episcopal Church of the Advent (401 N. Union St., Kennett Square).  Interment will be private.

In lieu of flowers, the family suggests honoring the memory of Wilmer by sending a contribution to The Episcopal Church of the Advent, 201 Crestline Drive, Kennett Square, PA  19348; or to The Church of the Trinity, 323 Lincoln Highway, Coatesville, PA  19320. Online condolences may be shared at www.griecocares.com.

Florence D. Brown, 89, of Kennett Square, passed away on April 24 at her residence.

She was the wife of William J. Brown, who passed away in 1983, and with whom she shared 35 years of marriage. Born in Kennett Square, she was the daughter of the late John J. and Annie Leonard Diviney. She was a bookkeeper at the Mushroom Co-op in Kennett Square for many years. She was a member of St. Patrick’s Church in Kennett Square. She enjoyed going to the casinos and going to church. She also enjoyed  going on trips with her friends, and being with her family and friends.

She is survived by one son, John R. Brown and his wife Norma Jean of Oxford; two daughters, Linda B. Ely of Kennett Square, and Joan M. Brown of Cochranville; six grandchildren; and two great-granddaughters. She was predeceased by two sons, William R. Brown and Thomas E. Brown; and one brother, John D. Diviney.

She was the wife of the late Florindo D’Antonio, who died in 1988. Born in West Chester, she was the daughter of the late Pietro and the late Concetta DeCrissi DeStefano. She worked for her husband in the family business, D’Antonio Brothers Mushrooms, starting in 1928. She worked there for many years, retiring in her 80s. She was a longtime member of St. Patrick and St. Gabriel Catholic churches. She enjoyed crocheting and made beautiful afghans up until two years ago.

A mass of Christian burial was held April 29. Interment was in St. Patrick Cemetery. Contributions in her memory may be made to St. Gabriel Church, P.O. Box 709, Avondale, PA  19311.  To share a memory with her family, visit www.griecocares.com.

She was the wife of Edward C. Classen, with whom she shared 62 years of marriage.  Born in New York, N.Y., she was a daughter of the late John and the late Edith Jacquelin (Smith) Meyerkort. Prior to marriage, she was a chemist at Brookhaven National Laboratories and a subsidiary of Johnson & Johnson. She was the first chair for the Cranbury New Jersey Board of Health in the 1960s.  Louise was one of the co-founders of Central Wyoming Hospice in Casper, Wyo., in the 1970s.  She was a member of the Ladies Auxiliary at Wyoming Medical Center and served a term as president.

Survivors include, in addition to her husband, two daughters, Laura Classen and Julia Classen; one son, Carl Classen; and five grandchildren, Benjamin, Jennifer and Carrietta Classen and David and Ellen Pizzuto. She was preceded in death by a daughter, Barbara Linda Classen; and her sister, Margaret Dall.

Helen E. Gleason of Dunedin, Fla., and New London Township, passed away peacefully at home on April 23 at the age of 90.

Helen had an inquisitive mind, an artistic talent and was always a positive thinker with an open heart, enabling her to make friends wherever she went. This, along with her community work was a testament of her concern for others. She made several lifelong friends beginning in Altoona, Pa., then in New York, and finally in Florida. While at Columbia University, Helen met and married Larry, the love of her life.  They eventually moved to Wilmington, Del., where they brought up their three daughters.

A loving mother and devoted wife, Helen created a warm and caring home. Whether as Girl Scout leader, family chauffeur or life counselor, she encouraged her children to do their best and be a friend to others.  Her hard work and amazing organizational skills, coupled with Larry’s planning and adventuresome spirit, enabled the family to enjoy camping treks across the U.S. and Canada every summer.  As the girls grew, she worked as a Winterthur docent, joined her husband in community work with Kiwanis (Kiwives), and became active in grassroots politics. After Larry’s retirement, they moved to Florida, where she joined Rotary International of Dunedin.  They enjoyed extensive travel, hitting all seven continents. Helen also welcomed the time to pursue her passion for painting.

She was predeceased by Larry, her adored husband of 63 years; her sister, Elsie Pierce; and brother, Rudolph.  She is survived by her three daughters, Jeanne Jolley (Bob), Laurie Lauer (Woody), and Sherry Monahan (Tom). She was the beloved grandmother of David, Stephen, Joshua, SaraJean, Jonathan, Daniel, Paul Lauer and Claire, Jeanne, and Fiona Monahan. She will also be greatly missed by her six great-grandchildren.  Additionally, she leaves behind her sister’s son, Will Pearce; her beloved cousins; and a multitude of nieces, nephews and friends.

The family would especially like to thank Barbara Wright, LPN, and her staff for the loving care during her illness, as well as the hospice nurses, Donna and Theresa.

A memorial service is scheduled at 11 a.m. on May 1 at Bethany Presbyterian Church (316 Kennett Pike, Route 52, Mendenhall, Pa.). Friends are invited to come between 10 and 11 a.m. to greet the family. In lieu of flowers, the family requests donations be made in Helen’s memory to: Nemours Cancer Center, 1600 Rockland Road, Wilmington DE 19803  Please designate either Pediatric Cancer Research or Pediatric Cancer Programs. Online condolences may be made by visiting www.griecocares.com.

Margaret M. Trainer, 78, of West Grove, passed away on April 26 at the Pocopson Home.

She was the wife of John A. Trainer, who passed away in 1996, and with whom she shared 31 years of marriage. She was a bookkeeper for the city of Belen, N.M. She attended St. Michaels Lutheran Church in Unionville, and was a member of the Oxford  Senior Center. She enjoyed needlecraft and playing bingo.

She is survived by one son, Edward Trainer and his wife Tracy of West Grove; and one grandson, Edward James Trainer.

A visitation with family and friends will be held from 1 to 2 p.m. on  April 30 at St. Michael Lutheran Church (109 E. Doe Run Rd., Unionville).  Her funeral service will follow at 2 p.m. Burial will be private. In lieu of flowers, a contribution may be made to the Oxford Senior Center, 12 East Locust Street, Oxford, PA 19363. Online condolences may be made by visiting www.griecocares.com.

He was the husband of Wendy Ann Smith Gibson. Born in Coatesville, he was the son of Doris Brundege Gibson of Lancaster, and the late Joseph Gibson. He was a manager at Homegoods, Inc., in Exton, for the past five years. He was a member of the Bible Presbyterian Church in Coatesville. He enjoyed bowling, westerns, old music, baseball, and being with his family and fiends. He was a past umpire for  the Semi Pro league in Delaware and high-school teams in Pennsylvania. He served for many years as a Big Brother in the Upper Darby area.

In addition to his wife and  mother, he is survived by one son, Ryan Gibson of Elizabethtown, Pa.; one stepson, Ryan Odorisio and his wife Nikki of Avondale; one stepdaughter, Nicole Pennington of Oxford; one brother, Ron Gibson of Downingtown; one step-granddaughter, Charlee Myers; and many nieces and nephews.

A visitation with his family and friends will be held from 10 to 11 a.m. on May 3 at the  Kuzo & Grieco Funeral Home (250 W. State St., Kennett Square).  His memorial service will follow at 11 a.m. Burial will be private. In Memory of Roy, a contribution may be made to the American Cancer Society, 1626 Locust Street, Philadelphia, PA 19103. Online condolences may be made by visiting www.griecocares.com.

He had a true gift of music. He could just about play anything with strings. He loved playing and listening to bluegrass and doo-wop. He was a terrific banjo player and played as the house banjo player with Alex and Ollabelle Campbell at Sunset Park for 17 years. He also played with the bands Stagecru and Frequent Flyer. He enjoyed putting together model airplanes and cars, and was an avid collector of many different things.