The staff and youngsters at Tick Tock in the summer of 2013.

In 1964, a group of Quaker women met with Kennett Consolidated School District officials to discuss ways that they could serve the children and families in the Kennett Square community. 1964 was the year that the sweeping Civil Right Act was finally approved, but it was a difficult year for race relations in the U.S., and racial tensions ran high―even in a school like Kennett High School.

One of the needs in the community that the Quaker group heard about time and again was the lack of reliable babysitters in the community, especially affordable daycare services for working families. The group of Quaker women set out to meet that need, forming an organization that 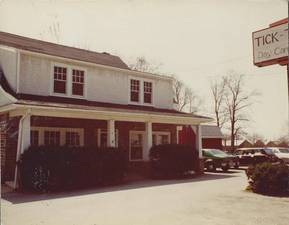 was officially called the Southern Chester County Daycare Association. The group leased a small building at 1694 Baltimore Pike, which had previously been the home of the Tick Tock Bar & Grille. Locals referred to it simply as “Tick Tock” so when the new daycare opened it was called the Tick Tock Early Learning Center. The facility opened with a class of seven children as the school year got underway in 1964. The mission then is the same as it is fifty years later. 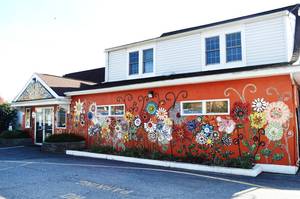 “is to make it so that even the lowest-income workers would have access to affordable, reliable childcare. Those children need the same great start as other children. We offer the same quality as a private program.”

‘Absolutely vital to the community’

It’s a Monday afternoon in early April and the learning center is so quiet that you can almost hear the tick tock of a clock. It’s only this quiet, Maas explains, because the older children are still in school and the younger children are enjoying nap time. In a few minutes, the center will be buzzing with activity as the children wake up from their naps with fresh energy and school-age children start arriving for the after-school offerings. 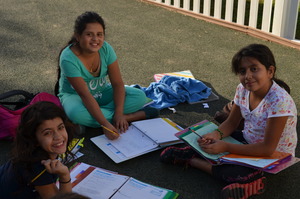 Maas, the teachers, and the staff at Tick Tock take a loving, personal approach to providing care and education to the approximately 105 youngsters who are enrolled in the program. If Tick Tock didn’t exist, most of these youngsters would be left in the care of relatives or friends of the family while their parents went to work at low-income jobs because their parents wouldn’t be able to afford a better option. The fact that Tick Tock offers help and hope to those who need it most is not lost on the organization’s many supporters.

“Tick Tock has been absolutely vital to the southern Chester County Community,” said Carrie Freeman, the CEO of the United Way of Southern Chester County. Freeman previously served as the executive director of Tick Tock from 1993 to 2003, so she knows its impact on the community as well as anyone.

“Low-income parents have limited options,” Freeman pointed out. “Like all parents, they want what is best for their children. Daycare is now so expensive. There is no way to afford daycare on minimum wage salaries.”

Tick Tock is licensed to serve children up to the age of 16, but they focus their efforts on 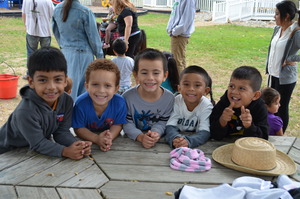 children who are at least 18 months old but no older than 14 years old. It’s a wide age range, but Maas has assembled a team of nearly two dozen staff members who can provide youngsters with the education they need regardless of what developmental stage they are at.

“We move by development milestones,” Maas explained. “You need to get the little ones prepared before they start kindergarten so that they don't fall behind at the elementary school level. If you can succeed in third through sixth grade, you can have much more success in middle school and high school.” 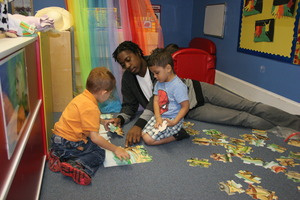 Each room in the facility is geared toward a specific age group. The teachers are certified and there is extra staff in place to provide assistance where needed. For instance, four-year-olds who are learning English need extra help to make sure they are ready for school so there is a staff member assigned specifically to that task.

Maas said that Pennsylvania has been implementing changes that have raised standards for early-childhood education. Tick Tock has earned a Star 4 designation with the Keystone Stars Quality Assurance initiative, which is the highest rating a preschool can receive. Part of the reason that Tick Tock attained that designation is the high-quality teachers that work there.

Maas, who has a master’s degree in school administration, said that the additional certification 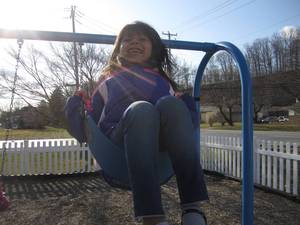 that teachers are required to have only improves the instructional program for children.

{Teaching at an early-education facility} is now considered a profession. They want more highly educated teachers in the field,” Maas said.

“We look like a medical clinic in those moments,” Maas said. “It’s not just child care. It’s not just pre-school. It’s anything that can help these families.”

One Tick Tock executive director after another has adapted the program to changing times. During its earliest years, Tick Tock primarily served African-American students. Southern Chester County’s demographics changed over time and a large population with ties to Puerto Rico started to settle in the area. That population waned and the Mexican population grew. 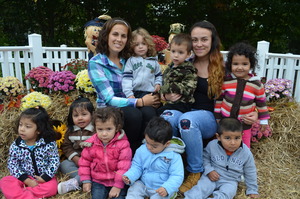 There is a pattern, Freeman said, with first-generation men and women who are new to a given area. That first generation will retain their native customs and language. But the children of that first generation will primarily speak English. Then, when those children start to have children of their own, the next generation will be thoroughly assimilated. Tick Tock helps attendees with this process by immersing them in a school climate that is similar to what they will experience when they enter public schools. Freeman said that Tick Tock has helped students learn English and improve their reading skills to the point where, when they enter school, they don’t need the additional ESL services.

“That makes a huge difference for those students,” Freeman explained.

Maas said that Tick Tock tries to provide students with all the knowledge they will need to be on the same level as peers when they enter school. For instance, Tick Tock helps teach students basic computer skills.

“Computer literacy is now a requirement,” Maas said. “You don’t want to be the only kindergartner who hasn’t worked on a computer.”

Providing the children with a building that meets their needs is a big part of the executive director’s job.

Freeman took over as the leader of the center in the early 1990s, when the building still had a 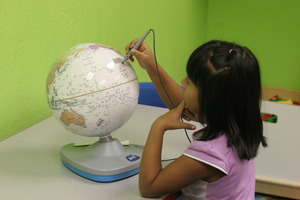 walk-in stove that was in a constant state of disrepair. She was able to secure a Housing and Urban Development (HUD) grant to expand classrooms and to bring the building into compliance with the Americans with Disabilities Act.

“I am proud of getting the physical plant up to standards,” Freeman explained. ‘I did a lot of grant-writing to bring in funds.”

Freeman, who has a background in education and is certified to be a principal, helped Tick Tock begin to attract more qualified staff members. The process continues today under Maas’ leadership.

Freeman lauded Maas for bringing in highly qualified teachers and for strengthening the curriculum, which is aligned with Pennsylvania standards.

“Jackie has done a fantastic job of getting it to a Star 4 level,” Freeman explained. “Some of the teachers have Master’s degrees. She has also done a wonderful job of involving the community.” 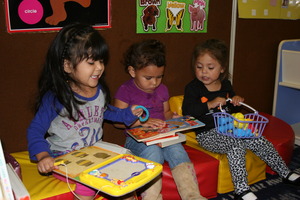 The parents of youngsters enrolled at Tick Tock pay on a sliding scale based on what they can afford to pay. In order to provide the top-notch program at a fraction of the cost of for-profit preschools, Tick Tock officials work to secure grants and donations and hold fundraisers. Tick Tock has received support from such organizations like the United Way of Southern Chester County, the Mushroom Festival, the Kennett Run, the Kennett Meetinghouse, and the London Grove Meetinghouse. Maas noted while they seek grants from major foundations, quite often the support comes from local individuals, businesses, and organizations who make contributions that are essential to Tick Tock’s success.

“It’s a model that works because the community steps in and helps,” Maas explained. “There have always been some real believers over the years.”

Volunteers also routinely help out. For example, Maas said, a local resident named Barry Flewelling has undertaken numerous improvement projects on the interior of the building on Tick Tock’s behalf. When students at a local school needed to complete volunteer service hours, they helped sort boxes of books so that they could be easily found by students. Eagle Scouts did some painting on the building.

“This is representative of how well-loved Tick Tock is in the community,” Maas said. “The community can love you well enough to carry you.”

50 years of making a difference

As the Tick Tock Early Learning Center celebrates its 50th anniversary throughout 2014, it’s a good time to reflect on the past.

“There was tremendous work that was done before me,” Maas said. “It was already a wonderful program. Tick Tock has helped hundreds and hundreds of kids, lots of great work has been done, and then you look to what you can do in the future.”

Tick Tock officials are already focusing their attention on the next major effort: raising funds for a project that will include a total kitchen renovation with walk-in freezer unit, a classroom curriculum storage area, a toddler room emergency exit ramp, a conference room, and a handicap-accessible bathroom.

Maas will be focusing her energies on raising funding for this project. While no plans are being pursued right now, she likes to think about the possibility of a second Tick Tock Early Learning Center based a little further south in Chester County.

“I don’t understand why there isn’t one of these in every small town that has a low-income population,” Maas said. “I think we set the standard. This is a success and I’d love to see it duplicated." 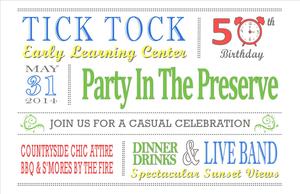 Saturday, May 31 from 5 p.m. to 10 p.m. The evening will include a casual barbecue and s'mores by a fire, a variety of local wines, and live music. The event will be held at the ChesLen Preserve at 1199 Cannery Road in Coatesville. For more information about the event, visit ticktock.kennett.net.