“I was learning music from people who had it in their blood,” Rahbee explained of his time spent in Europe studying music.

All three finalists to become the next conductor of the Kennett Symphony of Chester County have now had the opportunity to lead the orchestra at a local performance. 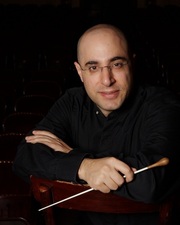 Now that Rahbee, Michael Hall, and Rei Hotoda, have taken their turns with the conducting baton at a show in Chester County, Kennett Symphony officials will decide which one of the three candidates becomes the 74-year-old organization's next conductor.

The decision won't be easy.

Rahbee, Hall, and Hotoda were the finalists of an exhaustive search process that started in December of 2012 when Mary Woodmansee Green decided to retire from the Kennett Symphony after leading it for the last 25 years. An eight-member search committee was formed, comprised of four board members and four musicians who perform with the symphony. The committee utilized various national outlets to publicize the job opening and received a tremendous response—more than one hundred highly qualified candidates from around the world expressed interest in the position.

Rahbee said that he was immediately intrigued by the opportunity.

After speaking to Kennett Symphony officials, his interest in the position only grew.

Monica Buffington, the executive director of the Kennett Symphony, explained that the 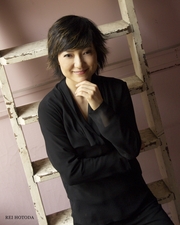 organization was very thorough as the conductor search progressed. After all, a symphony doesn't often search for a new musical director.

The field was narrowed to 18 candidates after the first round of screening. All those candidates were asked to provide references from the administrative staff, the board members, and musicians of the symphonies that they were a part of. Members of the Kennett Symphony’s search committee then reached out to their counterparts, finding out important details about how the conductor candidates related to each component of a symphony's organization. Buffington said that the Kennett Symphony was looking for someone who could work in perfect harmony with not just the musicians, but the board of directors and the staff as well. This round of screening narrowed the search to seven semifinalists.

After another round of interviews, the candidate list was narrowed to three. The search committee then planned out a visit by each of the three finalists, and each one would have the chance to work with the Kennett Symphony during a major show in the 2013-2014 season.

Rahbee traveled from the West Coast to meet with various groups last week in advance of the March 22 performance. He is currently an artist-in-residence at the University of Washington School of Music in Seattle, where he serves as conductor of the University Orchestra and teaches conducting.

“It's been a terrific experience,” he said of the one-year stint at the University of Washington School of Music. “I'm teaching conducting as well as serving as the conductor for the University Orchestra. We rehearse three or four times a week.”

Rahbee talked about the similarities between conducting and teaching.

“A conductor is really a teacher. It might be in different guises and different places. As a teacher, what I'm trying to do is teach my students how to teach themselves. Most of what we do {in conducting} is search and find our own way to make things happen.”

Rahbee has an extensive musical background.

Rahbee explained that while he always knew that he wanted to be a conductor, he didn't want to jump into that too soon so he focused his energies on the violin and composition before transitioning to conducting.

He journeyed to Vienna and spent ten years there, participating in post-graduate conducting classes at the Universität für Musik und Darstellende Kunst, Vienna.

In the mid-1990s, esteemed orchestra conductor Sir Georg Solti, invited Rahbee to watch him at work, an experience that Rahbee said “gave me the strength and confidence to go after my dreams.”

“I was learning music from people who had it in their blood,” he explained.

He considers Nikolaus Harnoncourt to be among his most influential mentors, and says that Harnoncourt changed the way he thinks about music.

“Not a day goes by when I don't think about his inspiration,” Rahbee said of his mentor.

One thing that he has learned over the years is to be adaptable to any situation. Sometimes, a conductor will have several opportunities to rehearse with an orchestra before taking the stage; other times, there might not be any rehearsals at all. His time with the Kennett Symphony was certainly limited.

“I've trained myself to be ready for every opportunity,” Rahbee explained. “As professionals, we know how much time we have to rehearse. We know what we have to do.”

Rahbee said that if he becomes the next musical director for the Kennett Symphony, he will be as involved in the community as he can be. He also wants to get people to understand that anyone can enjoy orchestra performances.

“I care about breaking down barriers,” Rahbee explained. “I want people to see that I'm not aloof. I don't listen to Mozart every day. I watch the NFL on Sundays. I like pizza. I just have a passion for this kind of music. It's not an elitist art form. I want to do what I can to show people that everyone can enjoy this kind of music.”

Now that all three candidates have had the opportunity to lead the orchestra, Kennett Symphony officials will get feedback from all of its constituents and the search committee will meet and make its final selection. Then that candidate's name will be presented to the board of directors for its approval.

Buffington said that the goal is to have the new conductor in place before September for the official start of the 2014-2015 season.

To learn more about the Kennett Symphony's conductor search or for information about upcoming performances, call 610-444-6363 or visit www.kennettsymphony.org.

“I want to do what I can to show people that everyone can enjoy this kind of music.” ~ David Alexander Rahbee