He was the husband of Nana Belle Hamilton Eller, who passed away in 2006, and with whom he shared 47 years of marriage. Born in West Grove, he was the son of the late Lester And Lora Eller. He  was a machinist at FMC/Cyclops Corporation in Downingtown for more than 30 years. He enjoyed fishing, hunting, selling produce and being with his grandchildren. He was a member of the U.S. Army Reserves for four years.
He is survived by one son, John L. Eller, Jr. and his wife Kathy of Millsboro, Del.; one brother, Jesse Eller of Newark, Del.; four grandchildren; and six great-grandchildren.
A funeral was held March 13. Burial was in the New London Presbyterian Cemetery. Online condolences may be made by visiting www.griecocares.com.

Pauleen Grace Lynch, 86, of Dillsburg, formerly of Chadds Ford, passed away at Holy Spirit Hospital in Camp Hill, Pa.
She was the wife of William “Bill” D. Lynch, who passed away in 2000, and with whom she shared 49 years of marriage. Born in Hurricane, N.C., she was the daughter of the late Henry A. and Mazie Barr Miller. She was a tube and rod inspector at the NVF Company in Kennett Square for 20 years, retiring in 1981. She was a member of Elizabeth Ann Seaton Church in Mechanicsburg, Pa. She enjoyed needlepoint, traveling and was an avid sports fan, especially baseball.
She is survived by one son, Kennett C. Lynch and his wife Sandra of Dillsburg; one sister, Joan Miller of Galax, Va.; two grandchildren, April Azmon and Caitlin Lynch; and one great-granddaughter, Sivan Azmon.
A funeral was held March 13. Burial was in St. Patrick’s Cemetery in Kennett Square. In lieu of flowers, donations may be sent to Hospice of Central Pennsylvania, 1320 Linglestown Road, Harrisburg PA 17110. Online condolences may be made by visiting www.griecocares.com.

Stephen Thomas Hill, 60, of Kennett Square, passed away on March 6.

Born in Tonawanda, N.Y.,  he was the son of Bruce Hill of Sedona, Ariz., and the late Margaret Ann Mowie Hill. He was a self-employed carpenter. He enjoyed riding  his Harley, shooting guns, woodworking, and surfing the net.

In addition to his father, he is survived by one brother, David Hill of Kennett Square.
A funeral was held March 15. Online condolences may be made by visiting www.griecocares.com.

Stephen M. Vincins, 69, of Landenberg, died on March 10 at the Chester County Hospital in West Chester.

He was the husband of Janet Duncan Vincins, with whom he shared 24 years of marriage. Born in Philadelphia, he was the son of the late Michael and the late Josephine (Orsini) Vincins. He served our country during the Vietnam war in the Army. He owned and operated his own contracting business and was a jack of all trades. In his younger years, he enjoyed speed boat racing in Florida. He loved golf, playing cards and vacationing in Sea Isle City, N.J.

Survivors include, in addition to his wife, one son, Ryan M. Vincins of Landenberg; three sisters, Jacqueline Reilly of Tamarac, Fla., Rita Murphy of Bedford, Ind., and Lorraine Abraira and her husband Jesus Hermida of Cape Coral, Fla.  He was predeceased by a son, Stephen Butler, in 2011.

A funeral was held March 15. Interment was in Union Hill Cemetery in Kennett Square.  Contributions in his memory may be made to the Chester County Hospital Foundation, 701 East Marshall St., West Chester, PA 19380; or to the American Cancer Society, 1626 Locust St., Philadelphia, PA 19103. To view his online tribute and to share a memory with his family, visit www.griecocares.com.

Marguerite N. Rector, 85, of Lincoln University, passed away on March 10 at Ware Presbyterian Village.
Born in Elkdale, Pa., she was the daughter of the late Ernest and Ella Crowl Nieweg.  The Rector children and grandchildren spent summers with the Nieweg cousins at the cottage at the "river." She was married for 56 years to the late Cecil W. Rector. Most of Cecil and Marguerite's children, grandchildren, and great-grandchildren lived nearby, allowing them to develop a close relationship.
Marguerite came from a long line of quilters. She was involved in many quilting bees with her sisters and cousins. For 36 years, she owned and operated an upholstery business. For 18 of those years, she drove a school bus for the Avon Grove School District. She was a member of the First Baptist Church of Oxford, where she was the superintendent and chairman of the mission committee.  She was also a member and Past Worthy Matron of the Octorara Chapter No. 463 Order of Eastern Star, and Oxford and the Avon Grove Senior Center.
She is survived by three sons, Clint M. Rector and his wife Wendy, Tim C. Rector and his wife Joan, all of Lincoln University, and Dana N. Rector and his wife Danielle, of Peach Tree City, Ga.; two daughters, Sandi Bunker and her husband Darryl, and Betsy Beehler and her husband Kevin, all of Lincoln University; 16 grandchildren; 13 great-grandchildren; and two sisters, Velma Wilson of Kemblesville, and Ella Luff of Chesapeake City, Md. She was preceded in death by a daughter, Mardeen E. Rector.
The family wishes to acknowledge the loving care provided by the staffs of Ware Presbyterian Village and Willow Tree Hospice. Funeral services were held March 15.
Interment was in New London Presbyterian Church Cemetery.
In lieu of flowers, donations in her memory may be made to the First Baptist Church of Oxford, 552 Market Street, Oxford, PA, 19362. Online condolences may be sent at www.elcollinsfuneralhome.com.

He was the husband of Julienne Freschi Melchior, with whom he shared 58 years of marriage. Born in West Chester, he was the son of the late Nicholas and the late Molly DiCrescenzo Melchior.  He was preceded in death by his brother, Nicholas. Eugene graduated from the Pennsylvania Military College in 1949 at age 19, and was a commission as a Second Lieutenant in the army.  As a  First Lieutenant Paratrooper, he proudly served our country during the Korean War. For his bravery, he was awarded two Purple Hearts, the Bronze Star and the Silver Star. After the war and two years in veterans hospitals, he was hired by Hercules Powder Company and worked there for six years. Wanting to be his own boss, he owned and operated Midge’s Bar in Kennett Square for 35 years.
He was a member of the American Legion and the VFW. He was an active member of the Italian American Citizens League in Kennett Square, where he enjoyed camaraderie and card playing for over 50 years. He also loved golf, bocce ball, and traveling up and down the East Coast with his wife, family and friends.

Survivors include, in addition to his wife Julienne, two sons, Gene Melchior and his wife Laurie of Charlotte N.C., and John Melchior and his wife Diane of Avondale; five grandchildren, Mark, Tony,  Jaclyn, Andrea and Johnny; and one great-granddaughter, Julienne.
A funeral will be held March 20 at 10 a.m. at St. Patrick’s Catholic Church (212 Meredith St.,  Kennett Square).  Interment will be held at a later date. Contributions in his memory may be made to the National Parkinson Foundation, C/O Gift Processing Center, PO Box 5018, Hagerstown, MD 21741; or to St. John the Beloved Parish, 907 Milltown Road, Vianney House, Wilmington DE 19808.  To share a memory with his family, visit www.griecocares.com. 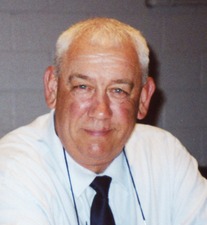 Richard E. Jackson, 65 of Nottingham, passed away on March 14 at his home.

He was the husband of Joyce Ann Underwood Jackson, with whom he shared 42 years of marriage. Born in Sylmar, Md., he was the son of the late Joseph and Grace Kreider Jackson. He was a member of the Nottingham Presbyterian Church. He was also a member of the Oxford Athletic Association. He was employed with Herr Foods, Inc., Nottingham, for 25 years, and Tastykake in Philadelphia for 15 years. He retired as a school bus driver for the Oxford Area School District.

A memorial service was held March 18. Interment was in the Nottingham Cemetery.

In lieu of flowers, memorial contributions may be made to the Nottingham Presbyterian Church, 497 W. Christine Rd., Nottingham, PA 19362. Online condolences may be made at www.elcollinsfuneralhome.com.

She was the wife of Paul H. Mehne, with whom she shared 70 years of marriage. Born in Gloversville, N.Y., she was the daughter of the late Arthur W. and Ruth C. Longfritz. Graduating from the State University of New York at Potsdam, she taught grades 1 to 3 handicapped children in Johnstown, N.Y., for a short time. She was a member of the Presbyterian Church of Kennett Square, where she served as a deacon, shut-in visitor, and prayer chain chairperson, and the Migrant Ministry of Chester County.  She was a member of the Christian Women's Club, charter member of the Four Seasons Garden Club, The Kennett Township Historic Committee, and engaged in various volunteer activities, including Meals-on Wheels for 18 years, the A. I. DuPont Hospital for Children, and the Brandywine River Museum. She enjoyed gardening and reading. She loved the Lord and her family. 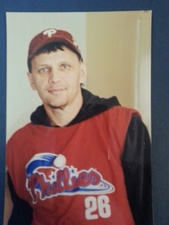 Born in West Chester, he was the beloved son of Linda Henderson. Danny, better known as “Doodle” in his younger years, was employed as a worklift operator at Coastal Treated Products of Oxford for 13 years. He enjoyed fishing and watching sports with his brothers, and spending time with his family and friends.

In addition to his mother, he is survived by a daughter, Angelique Eldreth; his companion, Nancy Carannante; his brothers, Sammy (Jeani), Michael (Tina), James; his sister, Donna Brison; his grandmother, Margaret Russell; and many nieces, nephews and cousins. He was preceded in death by his daughter, Courtney Russell; and his father, Samuel Henderson.

Relatives and friends are invited to call on March 22 from 9 to 11 a.m. at the Ruffenbach Family Funeral Home (224 Penn Ave., Oxford). His funeral service will follow at 11 a.m. Interment will be private at the convenience of the family.

The family requests that, in lieu of flowers, donations can be made in Danny’s memory to the funeral home to help defray funeral expenses. Online condolences can be made at @www.ruffenachfuneralhome.com.

He was the husband of Troy Long Patterson, with whom he shared 16 years of marriage. Born in Cleveland Ohio, he was a son of the late Thomas A. Patterson and Margaret Knowles Patterson. He earned his Ph.D. from the University of Connecticut in 1966. He served our country during the Korean War in the Air force. He retired from DuPont Company as the market development manager for the electronics division in 1991, after 26 years of service. He developed 23 patents over the span of his career. During his retirement, he started his own wine education company, Tradewines, which was then converted into a wine importing company.  He worked at Chaddsford Winery offering wine education, at Longwood Gardens in their vegetable gardens, and as an adjunct professor at Wilmington University teaching World of Wines, where he introduced 90 different wines each semester.

Frank was a member of Church of the Advent in Kennett Square, where he participated on many committees. He and his wife, Troy, were very involved with Friendship House, which assisted the homeless, abused woman and those with addictions in Wilmington, Del. He loved animals, taking in rescue dogs and cats on a regular basis.

A service will be held at 10 a.m. on March 22 at the Episcopal Church of the Advent (401 N. Union St., Kennett Square).  Interment will immediately follow in the church memorial garden.  Contributions in his memory may be made to Friendship House, P.O. Box 1517, Wilmington, DE 19899. To share a memory with Frank’s family, visit www.griecocares.com. 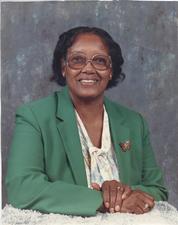 Gladys Marie Thompson Boddy, who was born in 1920 and resided in Oxford, departed this life on March 16.

Gladys leaves to cherish her memory her three children, Larry Thompson (Rose Mary), Brenda Matika (Joseph), and Linda Boddy (Calvin Perry); three sisters, Pauline Maxwell, Helen Thompson, and Dorothea Christie; eight grandchildren; 11 great-grandchildren; a special niece, Sheila Bowers; and a host of relatives and friends. She was a faithful member and servant of Second Presbyterian Church.
There will be a service of celebration at 11 a.m. on March 21 at Oxford Presbyterian Church (6 Pine St., Oxford). Viewing will be held from 9 to 10:45 a.m., with formal services to follow. Interment will be in Oxford Cemetery. Visit www.ewsmithfs.com.