She was the wife of the late Donald Ralph Haney, who died in 1996, and with whom she shared 43 years of marriage. Born in West Grove, she was a daughter of the late George and Geneva Duval Gross.

She worked as a fabricator for Hewlett Packard in Avondale for many years. She enjoyed gardening, and animals, especially her two cats and many wild birds and squirrels that she fed year-round. She was an avid cook and was best known for her fried chicken and fried tomato gravy.

A visitation with family and friends will be held from 10 to 11 a.m. on March 8 at the Foulk & Grieco Funeral Home, Inc. (200 Rose Hill Rd., West Grove). Her life celebration service will follow at 11 a.m. Interment will be private.

Contributions in her memory may be made to the SPCA of Chester County, 1212 Phoenixville Pike, West Chester PA 19380; or to Faithful Friends Animal Society, 12 Germay Drive, Wilmington, DE 19804.

To view Shirley’s online tribute and to share a memory with her family, visit www.griecocares.com.

Lila was born in Dyersburg, Tenn. Lila and James lived and farmed there and were married for 72 years before his passing in 2009.  Lila moved to Kennett Square in 2009 to be closer to family and resided at Friends Home in Kennett Square.

Her greatest pleasure was her children, grandchildren and great-grandchildren, and traveling to visit them on any and every special occasion. She and her husband traveled extensively with the Tennessee Agricultural Extension Service and the Rural Electrification Board, where they served for many years.  Lila enjoyed gardening, needlework, crafts and cooking, and was an active member of the Finley Home Demonstration Club for many years, where she gave of her time and talents through community outreach programs to support family development and enrichment. She was a member of the Richwoods Methodist Church and subsequently Finley Methodist Church in Finley, Tenn., and attended First Baptist Church of Kennett Square in recent years.

A visitation with family and frields will be held from 10 to 11 a.m. on March 8 at the First Baptist Church of Kennett Square (415 W. State St., Kennett Square).  Her funeral service will follow at 11 a.m. Interment will be held March 11 in Tennessee.

Contributions in her memory may be made to the First Baptist Church of Kennett  Square at the aforementioned address; or to Finley Methodist Church, Finley, TN 38030. To share a memory with her family, visit www.griecocares.com. 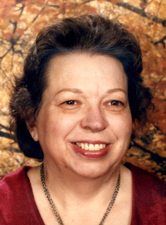 Born in Todd, N.C., she was a daughter of the late Quincy and Melinda (Bare) Goodman. A licensed practical nurse, she had worked for the Kendal-Crossland Communities for 25 years at the Kennett Square location.  She retired from the Harrison House of Lancaster County after 10 years of service.  She was a member of the First Baptist Church of Delta.
She is survived by son Samuel E. Rinard and his wife Brenda of Airville, Pa.; three sisters, Flora Weaver, Myrtle Brown and Joy Miller; two grandchildren, Bridget Berg and Michael Van Ess; and two great-grandchildren, Lily and Jamison. She was preceded in death by a son, Stephen Rinard, in 2006.

Funeral services will be held on March 5 at 2 p.m. at Harkins Funeral Home (600 Main St., Delta, Pa.). Interment will be in Pine Grove Cemetery in Airville, Pa. In lieu of flowers, her family would appreciate memorial contributions to the First Baptist Church of Delta, PO Box 397, Delta, PA  17314.
To send condolences, visit www.harkinsfuneralhome.com. 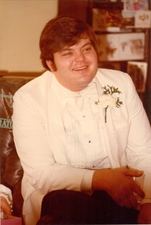 He was the husband of Linda Freeman Peirson, with whom he shared 40 years of marriage. Born in West Chester, he was the son of the late Paul Vernon Peirson, Sr., and the late Eleanor Foote Peirson McWilliams. He was the parts manager at Anchor Pontiac and Buick in Elkton, Md., retiring in 2007, and had worked in the automotive industry for 40 years. He was a member of the West Grove United Methodist Church,  a 1968 graduate of  Coatesville Area High School, and was a past president of the Oxford Gun Club. He enjoyed shooting and going to the beach, and he loved his 1969 Pontiac Catalina  convertible.

In addition to his wife, he is survived by one brother, Dean McWilliams of Oxford; and one  sister, Paula Wentz of Delta, Pa.

A visitation with family and friends will be held from 9:30 to 11 a.m. on March 8 at the West Grove United Methodist Church (300 N. Guernsey Rd., West Grove). His funeral service will follow at 11 a.m. Burial will be in Unionville Cemetery.

In memory of Paul, a contribution may be mad to the West Grove United Methodist Church, 300 North Guernsey Road, West Grove, PA 19390. Online condolences may be made by visiting www.griecocares.com.

Bettie E. Johnson, 87, of West Chester, formerly of Oxford, passed away on March 1 at the Pocopson Home in West Chester.

She was the wife of the late Dorance K. “Johnny” Johnson. Born in East Nottingham Township, she was the daughter of the late Timothy and Maude Wollens McHenry. She  lived in Oxford for most of her life. She was employed with the Aberdeen Proving Ground and retired in 1969.

She is survived by one nephew, Guy “Butch” Whited of Greensboro, N.C.; and one niece, Sebrina Van Hoy of Julian, N.C. A memorial service will be held at a later date.
Online condolences may be sent at www.elcollinsfuneralhome.com. 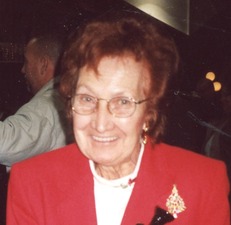 Therese C. Howery, 83, of Oxford, passed away on March 1 at the Harrison House in Christiana, Pa.

She was the wife of the late Ernest “Sonny” Howery. Born in Johnstown, she was the daughter of the late Lawrence and Zita Martin Speicher. She loved working with crafts, knitting, crocheting, gardening, and especially spending time with family and friends. She was a 25-year member of the Ladies Auxiliary for Oxford Fire Company. She was employed with RCA in Lancaster for 40 years. She also was a waitress at Howery’s Restaurant, the family business that is currently known as The Post House. In retirement, she was employed with Herr Foods, conducting taste test surveys.

Funeral services will be held at 10 a.m. on March 8 at the Edward L. Collins, Jr. Funeral Home, Inc. (86 Pine St., Oxford), where friends may visit from 9 to 10 a.m. Interment will be in Oxford Cemetery. Online condolences may be sent at www.elcollinsfuneralhome.com. 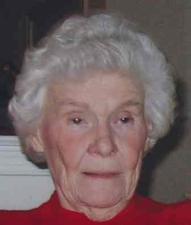 Born in Darke County, Ohio, she was the daughter of the late Harley & Marie (Weaver) Weisenbarger. She moved to Eaton in 1934 and graduated from Eaton High School in 1939. In 1942, she married Estle “Bud” Kinner. While living in Eaton, she worked at Moysey Brothers and Parker Hannifin. Shortly after her husband’s death, she moved to New York City, where she worked for KBI, Cabot Industries and Ables Capital Investments.

She had been a Cub Scout leader and an active member of the First Presbyterian Church of Eaton before leaving the Eaton area. She was also a member of the Business and Professional Women. After retiring, she moved to Oxford, Pa., where she was a member of XYZ at Ware Presbyterian Church and the Oxford Area Senior Citizens Center of Oxford. She was an avid golfer and enjoyed quilting, painting and various crafts. She attended many jazz festivals across the country. Where there was music, you would find her dancing.

Memorial contributions may be made in Faye’s name to Oxford Senior Center, 12 East Locust Street, Oxford, PA 19363. Condolences may be sent to the family at www.barnesfuneralhome.com.