William Brown, 78, of Cochranville, passed away on Jan. 30 at his home.

He was the husband of Joanne Highfield Brown, with whom he shared 56 years of marriage. Born in Athens, Tenn., he was the son of the late Clarence and Edna Osborne Brown. He was retired from Edward Wilkinson Builders in Wilmington, Del.

A graveside service was held Feb. 5 at Union Hill Cemetery in Kennett Square. In lieu of flowers, donation may be made to the Edward L. Collins, Jr. Funeral Home, Inc., 86 Pine St., Oxford, PA 19363, to help with expenses.

George R. Hedrick, age  89, of Toughkenamon, passed away on Feb. 2 at the Jennersville Regional Hospital.

He was the husband of Nancy Jenkins Hedrick, with whom he shared 65 years of marriage. He was born in West Chester, the son of the late Joseph W. and Vannie Felty Hedrick. He was a member of Landenberg United Methodist Church.
A 1943 graduate of Kennett High School,  after graduation he was drafted into the Army Air Force and was a flight engineer and top turret gunner with the “Flying Tigers” on a B-25 Mitchell airplane, 22nd Bombardment Squadron.
His work career started at Nute Motors Company in Kennett Square. He was a mechanic for 10 years, and retired from Washington National Insurance after 30 years. His later years brought him much joy starting Nancy J’s, designing, selling and installing children’s swing sets. The family business is still operated by his son.

A funeral was held Feb. 8. Internment was in Longwood Cemetery. Contributions may be made in his memory to Landenberg United Methodist Church, 205 Penn Green Rd., Box 36, Landenberg, PA 19350.

Online condolences may be made by  visiting www.griecocares.com.

She was the wife of Bradford F. Dunn, with whom she shared 38 years of marriage. Born in Fostoria, Ohio, she was the daughter of Barbara Bishop Kryza, wife of Joseph Kryza of Landenberg and the late Gordon Dennis. She graduated from Fostoria High School, where she was a cheerleader, dancer and a good student. She still kept in touch with many high school friends. She received her nursing degree from the Henry Ford Hospital in Detroit, Mich. She practiced nursing in San Francisco, Little Rock and Cincinnati, and was the director of a nursing home in Fostoria, Ohio, before marrying Brad.  She was a member of the Vineyard Christian Fellowship in Landenberg. Her faith in God was inspiring to many who saw her gracefully deal with a lifelong illness. She enjoyed traveling, reading, nature and spending time with her family, friends and especially her grandchildren.

Funeral services were held Feb. 9. Interment was private. In lieu of flowers, donations in her memory may be made to  the Lupus Foundation of America, Inc., P.O. Box 96864, Washington, DC 20090. Online condolences may be made at www.elcollinsfuneralhome.com. 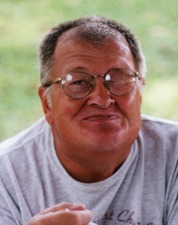 Born in West Grove, he was the son of the late Harlan B. and Sara King Shivery. He was a member of the Beulah Baptist Church in Oxford. He was employed with Milton Edwards and Tim Barlow on their farms, and was also employed with Redner’s Warehouse Markets in Oxford. He enjoyed spending time with family and friends, and caring for his two cocker spaniels, Ellie and Abbey.
He is survived by his sister, Virginia S. Needham and her husband Dean of West Grove; and two nephews, Shawn W. Needham and Brian H. Needham.
Funeral services were held Feb. 7 at Beulah Baptist Church. Interment was in the adjoining church cemetery.
In lieu of flowers, donation may be made to the Edward L. Collins, Jr. Funeral Home, Inc., 86 Pine St., Oxford, PA 19363, to help with expenses. Online condolences may be made at www.elcollinsfuneralhome.com.

Margaret Ament DiCristofaro, 86, of West Grove, died on Feb. 6 at her home.

She was the wife of the late John L. DiCristofaro, who died in 2009, and with whom she shared 60 years of marriage. Born in 1927, she was a daughter of the late Leon K. and Ethel Moore Ament. She graduated from Avon Grove High school in 1945 and Pennsylvania Hospital School of Nursing in 1948. She was a member of the West Grove United Methodist Church.

A graveside service was held Feb. 11 at Faggs Manor Cemetery in Cochranville.  Contributions in her memory may be made to the West Grove United Methodist Church, 300 N. Guernsey Rd., West Grove, PA 19390. To share a memory with her family, visit www.griecocares.com.

Brenda L. Hershey, 54, of West Grove, passed away on Feb. 2 at the Jennersville Regional Hospital.

She was the wife of Glenn S. Hershey, with whom she shared 26 years of marriage. Born in Wilmington, Del., she was the daughter of James W. Fraze of Bridgeville, Del., and the late Elaine Riggs Fraze. She had formerly worked at Edgill Associates and  was a postal carrier at the West Chester, Pa., Post Office. She enjoyed gardening, cooking, caring for her dogs, motorcycles and traveling.

In addition to her husband and father, she is survived by one sister, Gwen Hobday and her husband Dave of Bridgeville, Del.

A visitation with her family and friends will be held from 1 to 2 p.m. on Feb. 15 at the Kuzo & Grieco Funeral Home (250 W. State St., Kennett Square). Her funeral service will follow at 2 p.m. Burial will be private.

In lieu of flowers, a contribution may be made to the American Cancer Society, 1626 Locust Street, Philadelphia, PA 19103. Online condolences may be made by visiting www.grieoccares.com.

He was the husband of Maxine Stansberry Weaver, with whom he shared 60 years of marriage. Born in Chadds Ford, he was a son of the late Walter Ray and the late Ruby (Hart) Weaver.  He served during the Korean War in the Air Force. He worked for Electric Hose and Rubber in Wilmington, Del., for over 20 years, and as a mechanic for United Postal Services for 20 years. He was a member of the American Legion and VFW in Kennett Square. He enjoyed gardening, and fishing on the Brandywine River, but most of all he enjoyed time spent with family and friends.

Survivors include, in addition to his wife, one son, Mark Weaver and his wife Sharon of Fair Hill Md.; one sister, Joan Hanna of Wilmington, Del.; and one granddaughter, Amanda. He was predeceased by two brothers, Don and Ted.

A visitation with family and friends will be held from 9 to 11 a.m. on Feb. 13 at the Kuzo & Grieco Funeral Home Inc. (250 W. State St., Kennett Square).  His funeral service will follow at 11 a.m. Interment will be in Union Hill Cemetery, Kennett Square.  To share a memory with his family, visit www.griecocares.com.

Born in West Chester, he was the son of Robert S. Fulton, Jr., of West Grove, and the late Margie McAtee Fulton. He was a custodian at the Avon Grove School District for 10 years.

He was a member of Trinity Fellowship in Hockessin, Del. He loved music, playing his guitar, singing, fishing, bowling, professional wrestling, and being with his church friends and his family. He especially enjoyed helping others.

In addition to his father, he is survived by one sister, Megan Elizabeth Fulton of Newark, Del.
A funeral was held Feb. 11. Online condolences may be made by visiting www.griecocares.com.