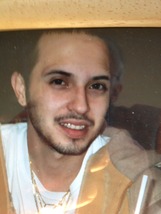 Angel Gabriel Lopez Nieves, 30, of Kennett Square, passed away on Jan. 5 at Neighborhood Hospice in West Chester.
Born in Bayamon, Puerto Rico, he was the son of Jesus Isabel Lopez and Sonia Isabel Nieves. He lived most of his life in the Kennett Square area. He is also survived by one brother, Samuel Lopez; three sisters, Tania and Melissa Lopez and Linda Rivera; and his maternal grandmother, Maria Ortega.

In memory of Angel, contributions may be made to Project Salud, 731 W. Cypress Street, Kennett Square, PA 19348. Services and burial will be private

She was the wife of the late Charles G. Griffith, Jr., who died in 1986 and with whom she shared 34 years of marriage. Born in Wilmington, Del., she was a daughter of the late Raymond and the late Mary (Richardson) Sheppard. She was a longtime member of Kennett Square Presbyterian Church, where she assisted as a deacon.  She volunteered for many years at the Encore resale shop in Kennett. Most important in her life were her family and friends.  She loved vacations to Stone Harbor, and family camping trips to points near and far. In her later years, she lived at Ware Presbyterian and then Jenners Pond.

A funeral was held Jan. 11. Interment was in Union Hill Cemetery in Kennett Square.  Contributions in her memory may be made to Kennett Square Presbyterian Church, 211 S. Broad St., Kennett Square, PA 19348. To share a memory with her family, visit www.griecocares.com.

Born in Virginia, he was the son of the late William and Alice Larue Loggins. He was a past member of the Calvary Baptist Church in Rising Sun.

He is survived by his four daughters, Carla Gehr of Rising Sun, Md., Kathy Barlow of Rising Sun, Md., Betty Buchanan of North Carolina, Alice Myers of Pennsylvania; one son, Carl Williams; 16 grandchildren; 23 great-grandchildren; and one sister, Ruby Deboard of Landenberg. He was preceded in death by one daughter, Dorothy Mae Garnett; two brothers, Paul Loggins, and Charles Loggins; and two sisters, Mae Bonham and Myrtle Blanche May.

Funeral services were held Jan. 11. Interment was in Calvary Baptist Cemetery in Rising Sun, Md. Online condolences may be made at www.elcollinsfuneralhome.com.

Born in West Chester, she was the daughter of the late Robert G. and Mary Ellen White Phillips. She attended the Oxford Baptist Church. She was formerly employed as a pharmacy technician in Oxford. She was also formerly employed with Elk Ridge School in Oxford as a cafeteria and IU Unit aide. She was a past member of the Fraternal Order Oxford Eagles Aerie 2666.  She enjoyed spending time with her family and friends; she was a mother to all.

She is survived by one son, Matthew P. Johnson and his wife Amanda Strauss of Lincoln University; two grandchildren, Lillith and Amara; two sisters, Ruthann Briggs of Oxford and Esther M. Stidoms of Nottingham; and one brother, Kenneth A. Phillips of Nottingham. She was preceded in death by a brother, Lawrence A. Phillips.

A memorial service will be held at 2 p.m. on Saturday, Jan. 18 at Stroud Water Research (970 Spencer Rd., Avondale), in the Meeting House Building. Interment is private.

He was the husband of the late Mary Ann (McGroarty) Grugan. Born in Philadelphia, he was the son of the late Dominic and Agnes (Shields) Grugan. He was baseball coach and health & physical education teacher from 1973 to 2001 for Oxford Area High School. In 1968, he was awarded the Football Coach of the Year by the Daily Times for Darby Township High School. He also coached baseball at Cecil College for 11 years. He was a 1956 graduate of Saint James High School and a 1963 graduate of South Carolina. He was a member of the Sacred Heart Church in Oxford. He loved spending time with his grandchildren and was an avid golfer (having played 96 of the 100 courses in Myrtle Beach).

He is survived by two sons, Sean T. Grugan and his wife Brandi of Elkton, Md., and Patrick D. Grugan of Oxford; one daughter, Colleen A. Grugan of Pitman, N.J.; two grandchildren, Chase Grugan and Blake Grugan; one sister, Agnes Winslow of Boothwyn; 19 nieces and nephews; and his companion, Becky Reiber. He was preceded in death by two brothers, Joseph Grugan and Frank Grugan.
A funeral was held Jan. 11. In lieu of flowers, donations in his memory may be made to Sacred Heart Church, 203 Church Rd., Oxford, PA 19363; or the American Cancer Society, PO Box 22718, Oklahoma City, OK 73123-1718. Online condolences may be made at www.elcollinsfuneralhome.com.

Joan Carolyn (Becker) Lepore, 75, of Landenberg, died on Jan. 8 at the Christiana Hospital, surrounded by her loving family.

She graduated from St. Mary’s school of Nursing in Passaic, N.J., in 1959, and Upsala College in East Orange, N.J., in 1985.  She spent the majority of her career caring for the geriatric population.  She was the director of nursing and later the administrator of Berkley Hall, and retired as administrator at HRC-Manor Care Glenside Nursing Center, New Providence, N.J., in 2001.

During her retirement, she enjoyed golfing and vacationing with her husband. She volunteered at Ronald McDonald House of Delaware/Nemours for the past 10 years. She was a member of a neighborhood book club and the Hatpinning Ladies of Hockessin, Red Hats Society. Her other interests included knitting and cross-stitch.

A funeral was held Jan. 14. Interment was in Union Hill Cemetery in Kennett Square.  In lieu of flowers, contributions may be made to the Ronald McDonald House of Delaware/Nemours, 1901 Rockland Road, Wilmington, DE 19803. To share a memory with her family, visit www.griecocares.com.

Charles "Buddy" Bradley, 59, of Kennett Square, passed away on Jan. 9 at  Riddle Hospital.

Born in Lansdowne,  he was the son of the late John and Mary Bradley. He was a vice president at Benefit Allocation Systems in King of Prussia, Pa. Prior to that, he was the assistant business manager at the Chichester School District. He was a member of St. Maximillian Kolbe Church in West Chester, Pa. He enjoyed making wine, spending  time at the beach, and being with his family and friends.

He  is survived by one son, Brendan Bradley (Joanna) of Cochranville; one brother, Sean Bradley (Lorraine) of Wallingford, Pa.; one sister, Alice Duxbury (Jack) of Havertown, Pa.; his loving companion, Linda Gibson; and his many nieces and nephews.

A visitation with family and friends will be held from 9 to 10 a.m. on Jan. 15 at St. Maximillian Kolbe Church (15 E. Pleasant Grove Rd., West Chester). His funeral mass will follow at 10 a.m. Burial will be private.

In lieu of flowers, a contribution may be made to  St. Jude Children’s  Research Hospital,  501 St Jude Place, Memphis, TN 38105. Online condolences may be made by visiting www.griecocares.com.

Born in Manchester, N.H., he was the son of the late Fred and Theresa Gelinas Nieweg.

He is survived by his four sisters, Marcella Kennicott of Westland, Mich., Freda Shorter of The Villages, Fla., Donna Schuring of Baden, Pa., and Andrea Ward of Mt. City, Tenn.; four nephews; and two nieces. 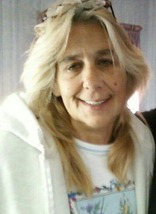 Born in West Chester, she was the daughter of the late Samuel and Lorraine Gentile Davidson. She was formerly employed with the Quarry Diner in Avondale. She loved her dog, Sadie, and riding horses.

She is survived by one daughter, Hannah Ashley Feltner of Greenville, Del.; two brothers, Mike Davidson of Toughkenamon, and Mark Davidson of Kennett Square; and one sister, Karen Farley of Quarryville.

Frank B. Roberts, 93, of Jenner's Pond Retirement Community in Jennersville, passed away on Jan. 7 at the Christiana Hospital.

He was the husband of Marilyn Graves Roberts, with whom he shared 67 years of marriage. He received his B.S. in mechanical engineering  from the University of Wisconsin. He was a professional engineer and a member of Tau Beta Pi, The Engineering Honor Society. Also, he was a trustee with Lower Brandywine Presbyterian Church and an avid ham radio operator. He worked at E.I. DuPont de Nemours for 43 years. While with DuPont, he worked at the neoprene plant in Louisville, Ky., with the synthetic rubber group in Akron, Ohio, and for the major portion of his career with the Elastomers Division in Wilmington, Del.

A private memorial service will be held at Lower Brandywine Presbyterian Church. In lieu of flowers, contributions in honor of Frank may be made to Jenner's Pond Benevolent Care Fund, 2000 Greenbriar Lane, West Grove, PA 19390. Online condolences may be made by visiting www.griecocares.com.

Jesse James Stanley, 59, of Nottingham, passed away on Jan. 9 at his home.

Born in West Grove, he was the son of the late Bill and Mary Brown Stanley. He was a veteran of the U.S. Air Force. He was formerly employed with H.R. Ewell in East Earl as a truck driver. He attended the State Line Baptist Church in Rising Sun, Md. He loved spending time with his family, especially his grandchildren. He also enjoyed fishing and riding his Harley motorcycle.
He is survived by two sons, William J. Stanley of Nottingham, and Jesse N. Stanley of South Carolina; three grandchildren, Ariel Alexis Stanley, Austin Tyler Jessup and Landon Stanley; five sisters, Bertha Blevins of Norht Carolina, Linda Crumley of Wilmington, Del., Shirley Powers of Elkton, Md., Wanda Spotts of Cochranville and Fay Senn of Eagle. He was preceded in death by a sister, Virginia Alessandro.
Funeral services were held Jan. 14. Visit www.elcollinsfuneralhome.com.

She was the wife of John D. Neiman, and mother of Linda Warrington and Tina L. Kinsey. Also survived by two grandchildren, Joshua and Blake Kinsey; two nieces and two nephews. She was predeceased by her parents, three brothers, one sister, two nieces and one nephew.

Relatives and friends are invited to attend a viewing on Jan. 17 at the Edward L. Collins, Jr. Funeral Home, Inc. (86 Pine St., Oxford) from 10 to 11 a.m., followed by a funeral at 11 a.m. Interment will follow at Union Hill Cemetery in Kennett Square.

In lieu of flowers, donations in her memory may be made to the Chester County SPCA, 1212 Phoenixville Pike, West Chester, PA 19380. For more information, visit www.elcollinsfuneralhome.com.

Maureen Ann (Nelson) Kanara, 56, passed away peacefully after a courageous, eight-year battle with cancer on Jan. 8, with her devoted husband of 33 years, Edward W. Kanara, by her side.

Originally of River Forest, Ill., she was born in 1957 to the late Nancy Feeley Nelson and Ronald T. Nelson and was the oldest of 11 children. She attended the University of Illinois, graduating with a business degree in 1980, and was a member of Kappa Kappa Gamma sorority.  She and Ed were married in 1980.  For nearly a decade following their marriage, Maureen successfully managed Ed's veterinary practice while caring for their six children.  The Kanara family moved to Kennett Square in August 1990, where she quickly became active in her children's schools, scouts and sports organizations.  Her children were always her top priority.

An accomplished athlete herself, she was a nationally ranked junior tennis player, captain of the University of Illinois tennis team and received one of the first full-ride athletic scholarships awarded to a woman at the University of Illinois.  She worked hard to ensure that all six of her children were driven to their respective sporting events, and she and Ed rarely missed any of their games.  Four of her six children followed in her footsteps and played sports competitively in college.

When she wasn't baking, traveling to sporting events or running her husband’s business, Maureen enjoyed playing golf, tennis, working out at the Kennett YMCA and meeting her friends for a cup of coffee at Starbucks. After sending all six children to college, Maureen and Ed were able to head south and spend their winters in Naples, Fla. Her greatest joy in the last several years was spending time with her six grandchildren.