She was the wife of William Benson Kyle, Sr. Born in Elkton, she was the daughter of the late George William and Ruth Rebecca Harvey McMullen. She had a loving heart. She enjoyed helping others, and had a fun sense of humor.

Interment was in Union Cemetery in Fremont, Pa. For more informaiton, visit www.elcollinsfuneralhome.com.

He was the husband of the late Mary T. “Mae” O’Connor, with whom he celebrated over 61 years of marriage. He was born in Philadelphia, son of the late James and Georgine (Cruise) O’Connor. He was a member of the Church of the Sacred Heart in Oxford. He  was a turbine inspector for Westinghouse Electric, in Lester, Pa., for 42 years. He enjoyed building and rebuilding anything and everything. He enjoyed spending time with his family, especially his grandchildren.

A funeral was held Dec. 16 at Church of the Sacred Heart in Oxford. Interment was in St. Patrick’s Cemetery in Kennett Square. 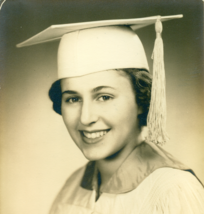 Joan Ebbecke Devine, 77, of West Grove, passed away on Dec. 9 at her residence.
She was the wife of Peter J. Devine, who passed away in 2012, and with whom she shared 28 years of marriage.  Born in Philadelphia, she was the daughter of the late Hubert and Marie Basciani Ebbecke. She was an elementary school teacher at Our Lady of Fatima in New Castle, Del. She retired in 1999, after 25 years of teaching. Before working as a teacher, she worked in the family business, Ebbecke’s Mushrooms, Inc., and later owned Devon Mushrooms.  She attended Assumption BVM Church in West Grove. She enjoyed being with her family, arts and crafts, and had many projects on the table
She is survived by her three children, Stephen Brooks and his wife Joyce of Avondale,  Paula Brooks of Bowers Beach, Del., and Christopher Brooks and his wife Michele of Thornton, Pa.; one sister, Patricia Reitmeyer of Bowers Beach, Del.; three grandchildren, Lisa, Jacob, and Olivia; three great-grandchildren, Haley, Brooke and Alan; two nieces, Deborah and Susan; and a special nephew, David and his wife Karen.
A visitation with friends and family will be held from 8:45 to 9:45 a.m. on Dec. 18 at Assumption BVM Church (300 State Rd., West Grove). Her funeral will follow at 10 a.m. Burial will be private.
In memory of Joan, a contribution may be made to Multiple Sclerosis Society, P.O. Box 4527, New York NY 10163. To leave an online condolence, visit www.griecocares.com.

Marla R. Koetas, 63, of Landenberg, passed away on Dec. 11 at her residence.
She was the wife of Joseph P. Koetas, with whom she shared 22 years of marriage. Born in Cincinnati, Ohio, she was the daughter of the late Richard and Helen Brunner Romagna. She greeted all with a bright smile and a twinkle in her eye. Her sweet tenor voice blended in harmony with her friends of the award-winning Sweet Adelines quartet, The Sound Shoppe, and as cantor with the contemporary music group of St. Gabriel of the Sorrowful Mother Church. She was an accounting analyst at the DuPont Company in Wilmington, Del., retiring in 2011 after 42 years of service. She enjoyed singing, teddy bears, traveling, hiking, reading and capering with her Cullen Street cohorts at their Dewey Beach house. But her heart of hearts was to be with her family.
In addition to her husband, she is survived by one son, Christopher L. Koetas of Landenberg; and one sister, Donna Romagna and her husband Ben Heman-Ackah of Rancho Cucamonga, Calif.
A visitation with family and frieds will be held from 6 to 8 p.m. on Dec. 18 at the Foulk & Grieco Funeral Home (200 Rose Hill Rd., West Grove), and again from 10 to 11 a.m. on Dec. 19 at St. Gabriel of the Sorrowful Mother Church (8910 Gap Newport Pike, Avondale). Her funeral will follow at 11 a.m. at the church. Burial will be in the New London Presbyterian Church Cemetery.
In memory of Marla, a contribution may be made to the American Lung Association, 527 Plymouth Road, Suite 415, Plymouth Meeting, PA 19462; or to the  National Parkinson Foundation, Gift Processing Center, PO Box 5018, Hagerstown, MD 21741-5018. Online condolences may be made by visiting www.griecocares.com.

Dorothy “Dottie” Mellinger Sumner, 81, of Oxford, passed away on Dec. 12, surrounded by her family, at Chester County Hospital in West Chester.
She was the wife of William A. Sumner, with whom she shared 48 wonderful years of marriage. Born in Colerain Township, Pa., she was the daughter of the late Elvin G., Sr. and Nora H. Boyer Mellinger. She was a lifelong member of the Union Presbyterian Church in Kirkwood, where she served as a Sunday school teacher, deacon and choir member. Before becoming a homemaker, she was employed by Peoples Bank of Oxford. A devoted wife, loving mother, and doting grandmother, she took great joy in spending time with her family and sharing her gift of hospitality with all who dined at her table.
She is survived by her husband; two sons, Scott Sumner and his wife Susan of Lincoln University, and Steven Sumner and his partner Javier Flores-Torres of San Diego, Calif.; one daughter, Susan Carter and her husband Michael of Port Deposit, Md.; four grandchildren, Thomas Sumner, Matthew Sumner, Jennifer Carter, and Charles Carter; one sister, Verna Mae Walton, wife of the late Kenneth K. Walton of Kirkwood; and many nieces and nephews. She was preceded in death by three brothers, B. Frank Mellinger, Elvin G. Mellinger, Jr., and Robert B. Mellinger; and two sisters, Emma Mellinger and Nora Mellinger.

Funeral services will be held at 11 a.m. on Dec. 18 at Union Presbyterian Church (5637 Street Rd., Kirkwood, Pa.), where friends and family may visit from 10 to 11 a.m. Interment will be in Oxford Cemetery.

In lieu of flowers, donations in her memory may be made to Union Presbyterian Church, 5637 Street Rd., Kirkwood, PA 17536.