He was the husband of Sarah Ann Hanna Howell, with whom he shared 51 years of marriage. Born at home in Chilhowie, Va., he was the son of the late Rev. Lee and Inis Carter Howell. He graduated from the American School of Chicago, Ill. He was a veteran of the U.S. Army and served during the Vietnam War.  He was retired from Quebacor in Parkesburg. He was a member of the Freedom Life Christian Center in Christiana, Pa.

He was survived by his wife; two grandchildren; one brother, Frank Howell of Oxford; and two sisters, Chessie Blankenbeckler of Oxford and Rethie Coleman of Manassas, Va. He was preceded in death by one daughter, Joanne Elizabeth Howell Hammett; three sisters, Pauline Roland, Essie Jones, and Wanda Roop; two brothers, Bryan Howell and Roy Howell; as well as an infant brother and infant sister.

A memorial service was held Nov. 25. In lieu of flowers, donations in his memory may be made to the Freedom Life Christian Center Missionaries, 447 Noble Rd., Christiana, PA 17509; or the American Diabetes Association, PO Box 11454, Alexandria, VA 22312. 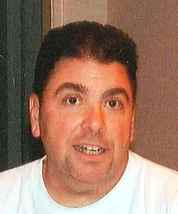 He was the husband of Susan Seidman Welder, with whom he shared 16 years of marriage. Born in Upper Darby, he was the son of the late Paul Welder and June Reeves Welder of West Chester. He worked for Raymour & Flanigan in their furniture delivery division. He was a diehard Eagles fan, enjoyed cruises and vacationing at Cape May N.J., rock and roll, playing fetch with his dog Rocco, and jet skiing, and he was an excellent cook.  He was especially known for his chili and baked beans.  In his earlier years, he loved tennis and volleyball.

Survivors, include in addition to his wife Susan, are one daughter, Nicole Serulneck and her husband Aaron; stepdaughter, Lindsay Colello and her husband Charlie; a stepson, George Seidman; and many cousins, nieces and nephews.

A funeral was held Nov. 24 at the Kuzo & Grieco Funeral Home, Inc., in Kennett Square.  Contributions in his memory may be made to the American Cancer Society, 1626 Locust St., Philadelphia, PA 19103.

To share a memory with his family, visit www.griecocares.com. 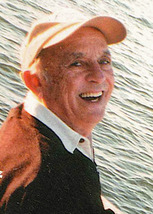 He was the husband of the late Gladys Leardi Leone, who died in 1997, and with whom he shared 51 years of marriage. Born in Perkasie, Pa., he was a son of the late Ernest and the late Susan (DelCiato) Leone. He worked in the mushroom growing industry until the early 1960s, when he founded Leone Suburban Bakery in Kennett Square, and operated it  until 1979.  Later in life he helped his late son, Ernie, start Mushroom Central in Toughkenamon.  He was a member of the Italian American Club, was a sportsman who enjoyed hunting and fishing, and he loved mowing his lawn.  He was also a great cook who made the best pork in town.

Survivors include two daughters, Evie Corrado (Frank) of Kennett Square, and Debbie Leone of Kennett Square; one sister, Julie Baisch (Bud) of St. Lucie, Fla.; three grandchildren, Jamie Kopp, Anthony Leone and Nicky Leone; and five great-grandchildren. In recent years, he enjoyed the companionship of Eleanor Manfredi, with whom he traveled near and far. In addition to his wife, he was predeceased by his son Ernie in 2012; a brother, James Leone; and a sister, Mary Sowden.

A funeral was held Nov. 23. Interment was in St. Patrick Cemetery in Kennett Square.  Contributions in his memory may be made to the Kennett Fire Company, 301 Dalmatian St. Kennett Square, PA 19348; or the Avondale Fire Company, Firehouse Way, Avondale, PA 19311.
To share a memory with his family, visit www.griecocares.com.

He was the husband of Jeanne Bartels Dyson, with whom he shared 35 years of marriage. Born in Ruston, La., he was the son of Martha Ann Bridger Gates of Tijeras, N.M., and the late Leslie Marion Dyson. He was a maintenance mechanic at Lincoln University for the past 28 years. He enjoyed hunting, fishing, gardening and the outdoors.

In addition to his wife and mother, he is survived by two sons, Jeffrey A. Dyson and his wife Melissa of Quarryville, and Joseph A. Dyson of Biloxi, Miss.; one daughter, Jayne A. Dyson of West Grove; one brother, Stuart Dyson of Albuquerque, N.M.; two sisters, Sue Dyson of Albuquerque, N.M., and  Annette  Bleakly of Farmington, N.M.; three grandchildren, Alycia, Isabella and John Robert Jack Dyson; and many nieces and nephews.

A visitation with family and friends will be held from 6 to 8 p.m. on Nov. 29 at the Foulk & Grieco Funeral Home (200 Rose Hill Rd., West Grove). Burial will be private.

In lieu of flowers, a contribution may be sent to Brandywine River Valley Hospice and Home Care, 121 Bell Tower Lane, Oxford, PA 19363. Online condolences may be made by visiting www.grieoccares.com. 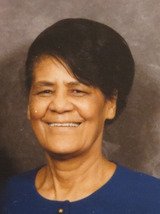 Doris M. Winters, 82, of Oxford, passed away on Nov. 22 at  the Jennersville Regional Hospital in West Grove.

She was the wife of the late Robert E. Winters. Born in Canada, she was the daughter of the late Charles and Annie Rea Jones. She was a member of the Truth and Life Center Church in Elkton, Md. She enjoyed reading the Bible. She was retired from Herr Foods in Nottingham.

She is survived by three sons, Richard Jones of Ashburn, Va., Brian Jones of Brandamore, Sidney Jones of Yeadon; seven grandchildren; and two sisters, Joyce Richards of Canada, and Ena Boggs of Alaska. She was preceded in death by her first husband, William Jones; and three brothers, Eugene Jones, Gerald Jones and Arthur Jones.