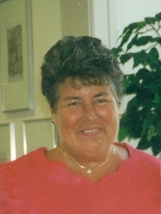 Barbara Ann M. Wilson, 81, of Doe Run, passed away peacefully with her family beside her on Oct. 27.

Born in West Chester, she was the daughter of the late Eddie and Mary Miller of Marlborough Village, Kennett Square. She was a 1949 graduate of Unionville Consolidated School, where she was a cheerleader and 1948 Harvest Queen. She graduated from Maryville College, Maryville, Tenn., with a BS in elementary education. The Superintendent of Kennett Consolidated School District offered her a first grade position at the original elementary school, which was behind the current high school. When her children reached middle school, she returned to teaching at the New Garden Elementary School, where she continued to teach first, second and third grades for 35 years.

She met her late husband, Sam Wilson, at Unionville High on the basketball court when she did a cheer and fell backwards into him as he was warming up for the game. They were married after his return from his Army assignment in Salzburg, Austria. They moved to Doe Run, where Sam was the manager of the PA division of the King Ranch. Their 49 years together on the ranch were filled with adventures day and night.

Barbara was a member of the Daughters of the American Revolution, and a senior officer and chairman of the Children of the American Revolution on the local, state and national levels. She traveled with the organization every summer to the various regional meetings across the United States, promoting the organization's goals of conservation, national heritage, patriotism and supporting the national projects.

She was a member of the Kennett Square Order of the Eastern Star, where she was a Worthy Matron and went on to be a District Deputy for the state of Pennsylvania. She was a Brownie and Girl Scout Leader for troop 744 at Unionville Elementary and Middle Schools.  After retirement, she served many years as a volunteer at The Encore Shop in Hamorton.

She enjoyed knitting, needlepointing and embroidery in her spare time. She traveled extensively with her family around the world, enjoying the sites she had taught to her students. She loved staying at The Forum in Ocean City and considered the owners her second family. She always had a story to tell about her trips to the casinos.

A funeral was held Oct. 31 at the Westminster Presbyterian Church in West Chester. Burial was in Edgewood Memorial Park, Glen Mills.

In lieu of flowers, donations can be made to Westminster Presbyterian Church, 10 W. Pleasant Grove Road, West Chester, PA 19382. 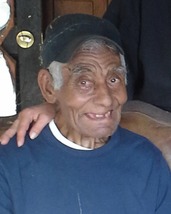 Clarence B. Dickinson, 88, of Cochranville, passed on Oct. 30 at Broomall Manor, Broomall.

He is survived by one daughter, Jean D. Hardy of Oxford; four grandchildren; and one great-grandson. He was preceded in death by a son, Clarence B. Dickinson, Jr.

A funeral was held Nov. 2 at the Church of Christ Cemetery in Coatesville. Online condolences may be offered at www.elcollinsfuneralhome.com. 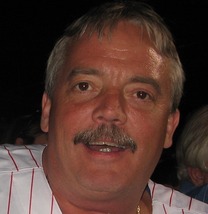 John R. Eichelberger, "Chef John," 48, of West Grove, died on Oct. 30 at his home, surrounded by his family.
He was the husband of Marguerite Eichelberger, with whom he shared 22 years of marriage. Born in West Grove, he was the son of Ronald "Pop" Eichelberger of Hawaii and Patricia Brittingham of Oxford. He was a 1983 graduate of Avon Grove High School, where he enjoyed everything culinary. After high school, he enjoyed a successful career as a chef for many local popular restaurants, including the Red Rose Inn, where he was initially coached by John Bussey. He became the executive chef of the Mendenhall Inn successfully for 10 years. Then one of his dreams came true as he designed the kitchen and menu for the Kennett Steak & Mushroom. He ended his career at the Farm House at Loch Nairn. He was a diehard Philadelphia sports fan, a Dale Earnhardt Sr. fan, and loved fishing. His number one priority was taking care of his wife.

He was predeceased by a grandson, Thomas Robert Church. Survivors include, in addition to his wife and parents, one daughter, Laura Church (Tom) of New London; a son, Adam Swisher of New London; two brothers, Ron Eichelberger of Wilmington, Del., and Ken Gent (Shelly) of West Grove; two grandchildren, Abigail and Garrett; his niece Megan, and his nephews Christopher, Tyler and Jacob. He is also survived by his three best friends, Mike, Randy and Rob.
A visitation with family and friends will be held on Nov. 7 from 9:30 to 11 a.m. at the Kuzo & Grieco Funeral Home, Inc. (250 W. State St., Kennett Square). A memorial service celebrating his life will follow at 11 a.m. Interment will be held privately.
Contributions in his memory may be made to the John R. Eichelberger Scholarship Fund, held at the National Penn Bank, C/O Laura Church, 58 Frog Hollow Lane, West Grove, PA 19390, to be awarded to an Avon Grove High graduate pursuing a culinary career. To share a memory with John's family, visit www.griecocares.com.

Marlene O. Thomas, 78, of Reading, Pa., formerly of Kennett Square, passed away on Nov. 3 at the Berkshire Center in Reading.

She was the wife of H. Edwin Thomas, who passed away in 2000, and with whom she shared 19 years of marriage. Her first husband, J. Eugene O'Brien, passed away in 1978. Born in Brockway, Pa., she was the daughter of the late Patrick and Mildred  Ford Ross. She was a library clerk at the Kennett High School, Kennett Square, retiring in 1999. She was a member of St. Patrick's Catholic Church in Kennett Square and St. Benedict's in Mohnton, Pa. She enjoyed reading, dancing, Philadelphia sports teams, going to Stone Harbor and Cape May, N.J., and being with her family and friends.

She is survived by one daughter, Erin O'Brien Beaver and her husband Larry of Elverson; five sons, Michael O'Brien of Glen Ridge, N.J., Christopher O'Brien of Philadelphia, Gregory O'Brien and his wife Marchell of Nashville, Tenn.,  Daniel O'Brien and his wife Joyce of West Grove, and Terrence O'Brien  and his wife Cathrine of Cape May, N.J.; one sister, Carolyn Cowan  and her husband Henry of DuBois, Pa.; 18 grandchildren and one great-grandchild; and four stepchildren. She was predeceased by one brother, Patrick Ross; and two sisters, Shirley Gerg and Beverly Mazzafero.

A visitation with family and friends will be held at 10 a.m. on Nov. 6 at St. Benedict's Catholic Church (2020 Chestnut Hill Rd., Mohnton, Pa). Her funeral will follow at 11 a.m.. Burial will be private.

In memory of Marlene, a contribution may be made to the charity of your choice. Online condolences may be made by visiting www.griecocares.com.

Jennie R. McQueen, 86, of Cochranville, passed away on Nov. 4 at the Quarryville Presbyterian Retirement Community.

She was the wife of the late Thomas R. McQueen. Born in Barnsley, Pa., she was the daughter of the late Cameron Y. and Mary Hazel Turner Root. She was a member of the First Presbyterian Church in Rising Sun, Md., and the Russellville Grange.   She was a retired legal secretary, and enjoyed quilting, flower gardening, bowling and church activities.

She is survived by three daughters, Joyce Schellenger and her husband Norman of Lansdale, Toni Lee Trout and her husband Steve of Cochranville, and Janice M. Whiteside of Nottingham; three grandchildren, Brian Trout and his wife Amanda, Carrie Haywood and her husband Tony, and Emily Schellenger; two great-grandchildren, Grace Miriam Trout and Gabriel McQueen Trout; three sisters, Alice Root of Oxford, June Sundheimer of Mocksville, N.C., and Mary Gage of Peoria, Ill.; and one brother, Walter Root of Nottingham. She was preceded in death by three brothers, Cameron, George, and Montgomery Root.

A resident of Pocopson Home for more than 10 years, she was a daughter of the late Edward Siple and the late Lola Cowger Siple.  She grew up in Kemblesville with her six brothers and sisters.  She was a nurse's aide at the Friends Home in Kennett Square, retiring in the 1980s.

Survivors include one son, Edward James Davidson of Malvern; two grandchildren, Barry Davidson (Cecilia) of Chadds Ford, and Sharon Davidson Brown (Jeremy) of New Orleans; and three great-grandchildren, Nicholas, Natalie, and Mason. She was predeceased by a son, Walter Henry Davidson, in 1998; as well as three brothers and three sisters.

A visitation with her family will be held from 9:30 to 11 a.m. on Nov. 8 at the Kuzo & Grieco Funeral Home Inc. (250 W. State St., Kennett Square).  A funeral service celebrating her life will follow at 11 a.m. Interment will be in Union Hill Cemetery.