Joan M. (Rolko) Kramer, 81, died after complications from pneumonia on Sept. 2 at the Jennersville Regional Hospital in West Grove.

She was the wife of the late James S. Kramer. Together they had celebrated 51 years of marriage. Born in Mount Carmel, Pa., she was the daughter of the late John and Susan Kupa Rolko. She had lived in Wilmington, Del., for 50 years. Following Jim's death in 2002, Joan lived for the past seven years at Ware Presbyterian Village in Oxford.

Services and interment will be private, at the convenience of the family. In lieu of flowers, donations in Joan's memory can be made to Ware Presbyterian Village, 7 E. Locust St., Oxford, PA 19363, Attention: Benevolent fund for Joan M. Kramer. 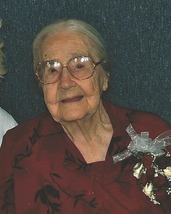 She was the wife of the late Rev. Paul S. Taylor, with whom she shared 52 years of marriage. Born in Quinter, Kan., she was the daughter of the late William G. and Ina Clemons Boyer. She and her husband pastored nine churches, and spent five years in foreign missions. As a young teenager, Grace devoted her life to God. In her early 20s, she held children's services and revival meetings in her neighborhood. It was during these meetings she met her future husband, Rev. Paul S. Taylor. In her 70s, she memorized poems and scripture as part of her ministry. An important part of her life was dedicated to praying daily for her family and friends.

In lieu of flowers, donations in Grace's memory may be made to the Seyfert Camp, 6 Arbutus Court, Marlton, NJ 08053.

Born in  Teaneck, N.J., she was the daughter of the late Harry H. and Agnes Fillot Finn. She was a member of St. Paul's Catholic Church  in Princeton, N.J. She was an avid reader, enjoyed going to church and being with her family and friends.

She is survived by two brothers, George A. Finn of Lewes, Del., and Edward J. Finn of Chevy Chase, Md., and many loving nieces and nephews.

Born in Coatesville, she was the daughter of the late Charles and Freda Frymoyer. She served in the U.S. Navy and was recently retired from the XL Insurance Group of Exton. She also was employed with the Coatesville Hospital and Brandywine Hospital. She was a member of the Oxford Church of the Nazarene, and a former member of Christ Community Church in West Chester, and the Coatesville Baptist Church. She was a faithful servant of the Lord and was active in many ministries throughout her lifetime.

She is survived by two children, L. Todd Ziegler and his wife Bridget of Honey Brook, and Susan L. Doherty and her husband Brian of Oxford; five grandchildren; her brother, Charles Frymoyer of Reading, her stepsister, Sally (Sara) Malik of Lancaster; two nephews and two nieces. She was preceded in death by her sister Judith; brother G. Gregory; and stepmother Sara.

Funeral services will be held at noon on Sept. 13 at the Oxford Church of the Nazarene (116 E. Locust St., Oxford), where friends and family may call from 10 a.m. to noon.

Interment will be in Fairview Cemetery, Coatesville, immediately following the service.

In lieu of flowers, donations in Carole's memory may be made to the Children's Ministry of the Oxford Church of the Nazarene, 116 E. Locust St., Oxford, PA 19363; or Neighborhood Hospice of Chester County, 400 E. Marshall St., West Chester, PA 19380.

Helen J. Stoker Lane, 93, of Oxford, passed away on Sept. 5 at the Harrision Senior Living Center in Cristiana, Pa.

She was the beloved wife of the late Robert L. Lane, Sr., with whom she had celebrated 29 years of marriage. Born in Nottingham, Pa., she was the daughter of the late James F. and Eva E. Cregger Stoker. She was a devoted wife, mother and grandmother who loved her family very much.

She is survived by her children, Jane Brown (Lonnie) of Oxford, Robert L. Lane (Rita) of Dover, Del., Marie Urbine (Larry) of Greenvalley, Ariz., James R. Lane (the late Diane) of Tampa, Fla., Gary Lane (Margo) of Marysville, Ohio, Randy Lane (Krista) of Bear, Del., Steven Lane (Jennifer) of Oxford, and Jacqueline Carter (Steve) of Oxford; 15 grandchildren; and 16 great-grandchildren.
Relatives and friends are invited to visit with the family on Oct. 5 from 10:30 to 11 a.m. at the Ruffenach Family Funeral Home (224 Penn Ave., Oxford). Her memorial service will follow at 11 a.m. Interment will be private, at the convenience of the family.
In lieu of flowers, donations in Helen's name can be made to The Union Fire Company No. 1 or The Union Fire Company No. 1 Ambulance Division Inc., 315 Market Street, Oxford, PA 19363; or Heartland Hospice Service, 5 Christy Drive, Suite 103, Chadds Ford, PA 19317. 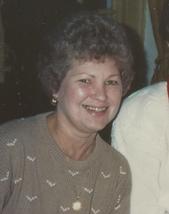 Dianne Stewart Peters, 76, of West Grove, formerly of Delaware County, passed away quietly on Sept. 8 due to complications caused by cancer.

She and her sister, Janet, were raised in Winchester, Va., by their parents, Hugh Griffith and Anne Stewart Peters. Dianne attended Swarthmore High School. After graduating from high school, she attended the Moore Institute of Art and Stephens College in Missouri. During her employment years, she worked as secretary/treasurer of H.G. Peters & Company, a movie and commercial production studio in Primos, Pa., at Provident Mutual Life as an insurance agent, and at Queen Appliance as a sales representative.

She is survived by her sister, Janet Pickersgill of Landenberg and her husband Warren; two nieces, Dianne Pickersgill and Janet Teegerstrom; and nephew Webb Pickersgill.