Dolores Bove Dixon, 81, of Kennett Square, passed away on Aug. 13 at Neighborhood Hospice in West Chester.

Born in West Chester, she was the daughter of the late James and Elizabeth Cocciolone Bove. She was a hostess at the Kennett Country Club for 20 years. She was a member of St. Patrick's Catholic Church in Kennett Square. She enjoyed gardening, and being with her family and friends.
She is survived by one son, Richard V. Dixon of Kennett Square; two brothers, Paul Bove of West Grove, and Jerry Bove of New London; three sisters, Doris Woodman of Kemblesville, Patti DiProspero of West Grove, and Joan Noronowicz of Nottingham; one grandson, Joseph R. Dixon of Kennett Square; and many nieces and nephews. She was predeceased by one brother, James Bove.
A memorial mass will be at 10 a.m. on Aug. 26 at St. Patrick's Church (212 Meredith St., Kennett Square). Burial will be in St. Patrick's Cemetery.
In lieu of flowers, a donation may be made to Neighborhood Hospice, 400 East Marshall Street, West Chester, PA 19380.

Peggy G. Stewart, 91, of Glen Mills, Pa., formerly of Chadds Ford, passed away  peacefully  on Aug. 14 at Maris  Grove in Glen Mills.
She was the wife of the late Richard E. Stewart, who passed away in 2008, and with whom she shared 60 years of marriage. Born in Canton, Ill., she was the daughter of the late Emil and Edna Crockett Geiger. She was a  retired social worker for the Chester County Services  for Senior  Citizens in West Chester. She worked for the OSS during World War II, and lived in Paris and London. She was a member of the Episcopal Church of the Advent in Kennett Square, and was a docent of the Brandywine River Museum.

A  memorial service was held Aug. 20 at the Episcopal Church of the Advent in Kennett Square. Interment was in the adjoining  memorial garden.

A memorial contribution in memory of Peggy may be made to the Brandywine Conservancy, P.O. Box 141, Chadds Ford, PA 19317.

He was the husband of the late Lillian E. Neaus Taylor. Born in Oxford, he was the son of the late William M. and Charlotte Rubincan Taylor. He was a veteran of the U.S. Navy. He was retired from the Aberdeen Proving Ground. He was a member of the American Legion Post No. 128 Aberdeen, Md. He was an avid hunter, earning the nickname William "One Shot" Taylor.

In lieu of flowers, donations in his memory may be made to Willow Tree Hospice, 616 E. Cypress St., Kennett Square, PA 19348. 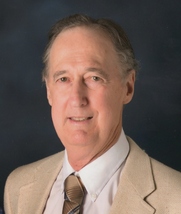 Jerald Dana Lee, Ph.D., 74, of Mendenhall, passed away on Aug. 16 due to complications of leukemia.  He was traveling on vacation with his lifetime partner and wife of 51 years, Virginia.

Jerry was born in 1939, son of the late James and Mildred Lee. He grew up on a farm in Abilene, Texas. He graduated from McMurry College in 1961. In 1989, McMurry College gave him the Distinguished Alumnus Award.  He also earned his Ph.D. in physics at Ohio University and had a long and successful career at DuPont. He retired as a DuPont Fellow in 1999, after 33 years of service. Most of that time was spent at the Engineering Physics Lab (EPL), where he thrived. He had a lifetime fascination with invention, and was credited with patents for bar code scanning, digital radiography, and fiber optics.  He also enjoyed scientific discussions and was perpetually engaged in solving problems.

In later life, Jerry continually reinvented himself.  His endless curiosity led him to learn Spanish and the acoustic guitar.  Perhaps his favorite hobby in retirement was rollerblading; he skated  in events throughout Wilmington, Philadelphia and Miami.

The family wishes to extend their gratitude to the medical staff at Christiana Hospital and to all his physicians, especially Dr. Bradley Slease and Dr. Alfred "Brud" Bacon.

She was the wife of the late Charles Donald Watterson. Born in West Chester, she was the daughter of the late Elwood and Edna P. Morris Reed. She was employed with the Farm Bureau of Oxford, and with the late Dr. Guy T. Holcombe as an office manager. She was a member of the Oxford United Methodist Church and the Chapter No. 463 Order of Eastern Star. She was active in both her church and community. She enjoyed cooking, baking, playing bridge and traveling. Her favorite travel destinations were Alaska, Hawaii and the Grand Tetons. She also enjoyed spending time with friends and family, especially her grandchildren.

Funeral services will be held at 11 a.m. on Aug. 22 at the Oxford United Methodist Church (18 Addison St. Oxford), where friends and family may call from 9:30 to 11 a.m. Interment will be private.

In lieu of flowers, donations in Elsie's memory may be made to the Oxford United Methodist Church, 18 Addison St. Oxford, PA 19363.