Thelma M. Shellenberger passed away on June 25 at the age of 94. She spent the past several years living in  Washington Township, NJ, but lived most of her life in Oxford. Thelma was a devoted wife to her late husband, Laverne. She was the loving mother of the late Joanne and Barry and the devoted grandmother of Ronald Brown and his wife, Susan. She is also survived by nieces and nephews. Thelma enjoyed sewing and crafting in her free time. All services are private at the request of her family. In lieu of flowers donations may be made in her memory to the American Cancer Society, 1851 Old Cuthbert Road, Cherry Hill, NJ 08034. Relatives and friends may share memories at www.gardnerfuneralhome.com.

She was the wife of the late Frank M. Cochran.

Born in Philadelphia, she was the daughter of the late William Harry and Elizabeth J. Somogyi Yingling.

Marian owned and operated Art Bin and Gallery in Oxford.

She is survived by two daughters, Karen Suzanne Farrar and her husband, Gary, of Cochranville and Linda Gail Peters and her husband, Robert, of New Holland; one grandson, Stephen Michael Peters; two brothers, John Yingling of Bartville and Joseph Yingling of Ridley Park; one sister, Geraldine Lemon of Scottsdale, AZ; and nieces and nephews.

She was preceded in death by two brothers, William Yingling, Jr. and Robert Yingling.

In lieu of flowers, donations in her memory may be made to St Jude Children's Hospital, 501 St Jude Place, Memphis, TN 38105. 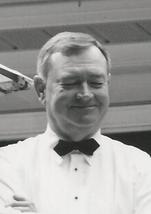 Timothy Michael Flood, 64, of Chadds Ford passed away on Wednesday, July 10, 2013.  He was the husband of Mary Nell Bruegge Flood, with whom he shared 42 years of marriage.

Born in Somerville, NJ, he was the son of the late J. Paul and Frances Corrigan Flood.

Timothy was a pharmaceutical sales manager for 20 years at ICI Americas in Wilmington, Del.

He was a longtime member of the Radley Run Country Club.

Timothy was a graduate of The  University of  Notre Dame  and an avid Notre Dame football fan. He enjoyed being with his family and friends, especially his grandchildren.

In addition to his wife, he is survived by three daughters, Cathleen McManamon and her husband William of Chadds Ford, Elizabeth Flood and her husband Ryan Waddell of West Chester and Maureen Keitch and her husband Richard of Kennett Square; two brothers, Thomas Flood of Cincinnati, Ohio and John Flood of Carrollton, Texas; three granddaughters and two grandsons.

He was predeceased by one brother, Paul Flood.

In memory of Timothy, a contribution may be made to the University of Notre Dame, 1100 Grace Hall, Notre Dame, IN  46556.

Harry Quinn passed away on Monday, July 8 at Brandywine Senior Living at Longwood. He was 90 years old.

Born in Rockford, Winnebago County, Illinois, he was the son of the late Harry Quinn and the late Jane Gaynor Quinn.

Robert A. Waites of Avondale passed away on Wednesday, July 10 at Seasons Hospice.  He was 83 years old.

Born in Edgewood, South Carolina, he was the son of the late Guy Carlos Waites and the late Frances Arndt Waites.

A funeral service will be offered at 11 a.m. on Saturday, July 20 at St. Michael's Lutheran Church, 109 East Doe Run Road in Unionville. The family will greet guests following the service. The burial will be private.

Susie S. Buchanan of Coatesville passed away peacefully at home on Monday, July 1 just 30 days after the diagnosis of an inoperable brain tumor. Susie was 76 and is survived by her son, Richard Buchanan, (daughter-in-law Dr. Cindy Buchanan); her grandchildren Audrey and Maggie Buchanan; her brother, Sandy Shields, and sister, Jonquil S. Hill.  She was predeceased by a son, John R. Buchanan, in September 2002 and her husband  of 49 years, Dr. Ramsay S. Buchanan, in November, 2012.  Born near Dumfries in Scotland, she grew up in Devon, England the second child of the late Harry and Joan Shields.

Susie came to the United States at the age of 21, first as a governess for an Irish diplomatic family in Washington and subsequently developing her substantial skills as a rider and trainer of horses in multiple disciplines. She was a founding member of the United States Dressage Association, The Delaware Valley Combined Training Association, and the Eastern States Dressage Association.  She was a Recognized Judge for both Dressage and Combined Training for many years, as well as being a British Horse Society, Institute of The Horse instructor, for which she qualified with the highest score ever recorded and on whose board of examiners she later sat. She was a National Examiner for the United States Pony Club. She has been an energetic member of the American Driving Society, the Brandywine Valley Driving Club and regular member of its board, as well as competing and coaching singles and pairs driving competitions.

In addition to her long and storied career with horses and students of the horse, Susie was also an accomplished runner in the 1970s, competing at the Master's World Championship in Toronto, Canada in 1976. She captured a bronze in the 400-meter sprint, a silver in the 1,500-meter race and set a world record in the 5,000-meter for a gold medal at the age of 38. She lived at Mercer Hill Farm surrounded by her family, her gardens, and especially her horses and dogs, with whom she had the marvelous ability to draw out the best they had to offer.

A memorial service was held at Mercer Hill Farm on Friday, July 12.

In lieu of flowers, memorial contributions would be appreciated by the Brandywine Conservancy, P.O. Box 141, Chadds Ford, PA  19317. 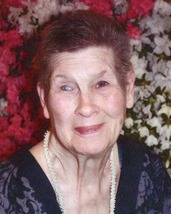 She was the wife of the late Rufus Edward Brown.

Born in Winchester, VA, she was the daughter of the late Charles Eldridge and Geneva Lillian Lewis Lynn.

Lorraine was a beloved mother, grandmother, sister and friend to everyone she met. She touched many lives by being a caregiver to elderly and children. She had a love for all life's little things and cherished the natural beauties of the world which she expressed through her love of art and gardening. She was always willing to share her words of wisdom, morals and values to anyone with an open ear.

She was a member of the Church of God, Oxford, a member and past President of the Friends of Nottingham Park and was a democratic committee member with West Nottingham Township.

She was preceded in death by a sister, Rebecca Johns, and a son-in-law, Glenn McBreen.

In lieu of flowers, donations in her memory may be made to the American Cancer Society, PO Box 897, Hershey, PA 17033

He was the husband of Eunice Spencer Alpen, with whom he shared 60 years of marriage.

Born in St. Louis, MO, he was the son of the late Rudolph and Edith Guttenberg Alpen.

Ralph was a veteran of the U.S. Navy, serving in the Korean Conflict and was a member of the New Apostolic Church in Lancaster.

He was employed with the Franklin Mint in Media, Pa. as a model maker and master engraver. Ralph was commissioned to engrave commemorative guns for the Apollo 8 astronauts and for the President of the Soviet Union, Leonard Brezhnev. He also designed and engraved several baseball World Series rings during the 1970s.

He was preceded in death by his loving grandson, Michael Rivera.

Funeral services were held on Monday, July 15 at the New Apostolic Church in Lancaster, Pa.

In lieu of flowers, donations in Ralph's name may be made to the New Apostolic Church, 2425 Spring Valley Rd., Lancaster, PA 17601.

Alfred Charles Arrowood, a resident of Oxford, passed away on June 28. Hewould have been 90 years old this August.

He was born in Pigeon Roost, Mitchell County, N.C. on August 16, 1923 as the ninth of twelve children. The family moved to Pennsylvania when Alfred was two years old in 1925.

Alfred always loved hunting and fishing, and for many years, trap shooting. He competed in and won many events throughout his life.

Alfred belonged to several trap-shooting gun clubs, including the Oxford Gun Club and the New Holland Gun Club. He had many fond memories of the people he had associated with there.

Alfred was especially proud of being a "life" member of the NRA, and helped others become members.

Alfred was once employed by Camby Plumbing, Downingtown until he started his own plumbing and heating business in Exton, Pa. He retired in 1983.

Alfred traveled with Ruth for several years across the U.S. and was especially fond of traveling in Alaska.

Catherine G. Maciey Leounes, 61, of Chadds Ford, passed away on Saturday, July 13, at her residence.  She was the wife of Anthony Leounes, Jr., with whom she shared 43 years of marriage.

She was a loving mother and outstanding homemaker. Cathy's giving heart was evident in all that she did and all the lives she touched. She was always generous and enthusiastic, and made even the smallest things special with her thoughtfulness and talents. She had a passion for entertaining, decorating, shopping and celebrating every occasion to its fullest. She loved being with her family, friends and most especially, her beautiful granddaughter. Her motto in life was that the "highest duty of the soul was to be of good cheer."

She was a member of Holy Trinity Greek Orthodox Church in Wilmington, Del., where she served on the Altar Guild.

You are invited to visit with Catherine's family and friends from 11 a.m. to noon on Friday, July 19 at the Kuzo & Grieco Funeral Home, 250 West State Street, Kennett Square. Her funeral service will follow at noon. Burial will private.

In memory of Catherine, a contribution may be made to the American Heart Association in honor of her godson, www.heart.org/phillywalk and find team Andrew Maciey. 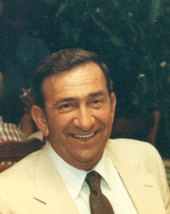 Dominic R. Sciarra, 85, of West Grove, passed away on July 15 at his residence.

He was the husband of  Marie Gormley Sciarra, who passed away in 2009, and with whom he shared 59 years of marriage. Born in West Grove, he was the son of the late Joseph and Elena Vincenti Sciarra. He was a stone mason and was the owner of Joseph Sciarra & Son. He was a member of Assumption BVM Church in West Grove. He served his country during World War II in the U.S. Navy, onboard the U.S.S. Macon. He enjoyed boating, building and flying radio-controlled airplanes, spending time with his best friends Sid and June Conner, and being with his family and friends.

He is survived by two sons, Joseph B. Sciarra and his wife Virginia of West Grove, and Robert J. Sciarra and his wife Kathy of Avondale; two daughters, Joyce Biliski and her husband Charlie of Newark, Del, and Jane Wright and her husband Thomas of West Grove; eight grandchildren; 12 great-grandchildren; and many nieces and nephews. He was predeceased by one sister, Sissy Frank; and a niece, Carol Blake.

In memory of Dominic, a contribution may be made to Assumption BVM Church, 105 West Evergreen Street, West Grove, PA.