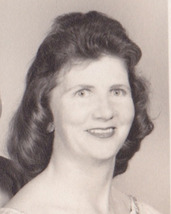 Born in Nottingham, Pa., she was the daughter of the late William Benjamin and Mary Entrekin Laughlin. Marie was a member of the Nottingham Missionary Baptist Church and the Gray-Nichols Post #1779 VFW Auxiliary. She is survived by one son, Charles E. Roland, Jr. and his wife, Sandra of Nottingham; three daughters, Carolyn R. Coates and her husband, Eric of Oxford, Vianna R. Johnson and her husband, Timothy of Elkton, Md. and Darlene R. Gallagher and her husband, Charles of Oxford; ten grandchildren; fourteen great-grandchildren; and one great-great-grandson.

She was preceded in death by a grandson, Brian Coates; three sisters, Vianna Hilton, Dorothy Smith and Marian Miller; and three brothers, Orville, Albert and Leon Laughlin. Funeral services will be held at 11 am Thursday, July 11 at Nottingham Missionary Baptist Church, 303 W. Christine Rd., Nottingham, Pa., where friends and family may call from 10-11 am. Interment will be in the adjoining church cemetery.

In lieu of flowers, donations in her memory may be made to the WMU (Women's Missionary Union), at Nottingham Missionary Baptist Church, 303 W. Christine Rd., Nottingham, Pa. 19362. Funeral arrangements are being handled by the Edward L. Collins, Jr. Funeral Home, Inc. Oxford, Pa.

Funeral services were held July 6. Interment will be in Oxford Cemetery.

Mary Adelle Owen McKinney, 43, of Amherst, Va. (formerly of Oxford) died in an automobile accident on July 3. She is remembered by family and friends as an intelligent, generous, funny, and creative woman who relished learning. A graduate of Oxford Area High School, she attended Wilmington College, a massage therapy school, Cecil Community College, and online classes through Stanford University.

Mary read incessantly and she enjoyed having discussions with people. She worked at Around the Clock answering service in Elkton, Md. for several years. Mary loved animals, especially cats, and worked as a veterinary technician. She adopted numerous stray animals over the years.
She nursed critically and terminally ill friends, made everyone laugh with emails and Facebook posts, and served as a mentor to adults with mental illness. At the time of her death, she was working on an app that would assist people with severe ADHD.
Mary loved her family dearly and stayed in close touch with daily phone calls and emails. She is survived by her husband, David McKinney; her parents, Allan Owen and Rebecca and Jerry Coates; family members Jennifer Owen, Allan Owen Jr., Charles Owen, Aaron Falkenstein, JoAnn Coates-Hunter, Joseph Coates III, Lyn Kunda; and many friends and her beloved pets.
There will be a memorial service in southern Pennsylvania at Eastland Friends Meeting House at a later date.

Online condolences may be made at www.whittenmonelison.com. 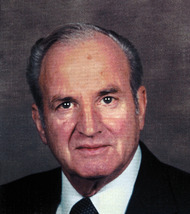 Ralph A. Merlini, 89, of Avondale, passed away on Friday, July 5, 2013, at his residence. He was the husband of Alice Perna  Merlini, with whom he shared 46 years of marriage.

Born in Wilmington, Del., he was the son of the late William and Amelia Miorini Merlini.

Ralph was a station engineer  for Amtrak in Wilmington, Del.,  retiring in 1984 after 43 years of service.

He was a member of Assumption BVM Catholic Church in West Grove and the William W. Fahey American Legion Post No. 491 in Kennett Square. He enjoyed listening to Jazz, bowling, playing baseball, golf, and tennis, and dancing with his wife, Alice.

Ralph served his country in the U.S. Army during World War II. He was a member of the 203rd Engineer Combat Battalion, participating in the Normandy landing. He landed with the 6th Engineer Special Brigade.

In addition to his wife, Ralph is survived by two sons, William Merlini of Allentwon, Pa. and Ralph A. Merlini, Jr. of Wilmington, Del; one grandson, William Merlini, Jr.; a niece, Agnes M. Kennedy, who resided with Ralph and Alice, and many nieces and nephews.

He was predeceased by one brother, Robert Merlini and one sister, Hilda Merlini.

You are invited to visit with Ralph’s family and friends from 10 a.m. to 11 a.m. on Thursday, 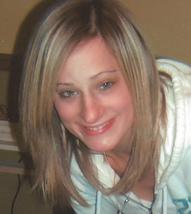 April Marie Boyd, 23, of Nottingham, passed away tragically Thursday, 4, 2013 as a result of an automobile accident.

Born in West Chester, she was the daughter of Joseph Boyd, Sr. of Leola and Lola Jean Trivett Boyd of Nottingham.

She graduated from Solanco High School in 2008 and the Schilling-Douglas School of Hair Design, Wilmington, Del. She was previously employed with Texture Salon in Oxford.

April will be missed by all of her loved ones and friends, who will remember her for her charisma, energy, and smile.

She was preceded in death by paternal grandparents, Harry and Dorothy Cartledge.

A viewing was held on Tuesday July 9 and funeral services were held on Wednesday, July 10.