She was the wife of the late Harry T. Russell. Born in Avilton, Md., she was the daughter of the late Joshua and Sara Adell Garlitz Turner.

She is survived by one daughter, Peggy Ann Russell of Oxford; one brother, Robert Turner of Midland, Md.; one sister, Anna Lloyd and her husband Robert of Hyndman, Pa.; and numerous loving nieces and nephews.

Memorial Masses were held June 29 at Sacred Heart Church in Oxford. Mary donated her body to science, therefore the interment will be private. The family wishes to thank the staff at Calvert Manor for their loving care of Mary provided over the past 10 years. In lieu of flowers, please make donations to your favorite charity. 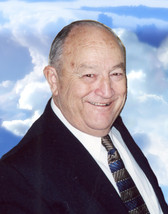 Born in Wilmington, Del., he was the son of the late Walter Michener Walton and the late Mildred Ethel. Walton.  He grew up on the Walton farm as a birthright Quaker and member of London Grove Friends Meeting.  His children became the fifth generation to occupy the homestead.  Midway through first grade, he and his classmates marched down Broad Street from the old Mary D. Lang School to the new school that today is Kennett High School, where he graduated in 1943. In his working career, he was a mushroom grower with the firm, Walter M. Walton & Son.  He served on the Board of Mushroom Growers Association and was Chairman of the Board of the American Mushroom Institute when it was initially formed in the 1950s.   After retiring from the mushroom business, he worked for the Kennett Consolidated School District and Unionville-Chadds Ford School District in their maintenance department and was a school bus driver.

He was a member of Westminster Presbyterian Church of West Chester, Kennett Masonic Lodge No. 475 F&AM, Lions Club of Kennett Square and YAG Club.  He enjoyed many family camping trips, cruises with friends, playing bridge and his retreat in Stone Harbor, N.J.

He was the beloved husband for 61 ½ years to Grace M. (Rineer); father of Gary Michener Walton of New Castle, Del., Grace Ann Walton of West Chester, Pa., and Jennifer Walton Streich and her husband Jonathan of Lilburn, Ga.; grandfather of Matthew Karl Streich of Corpus Christi, Texas, and Rebecca Walton Streich of Athens, Ga.; sister of Julia W. Smedley of West Grove.  He was predeceased by a son, Walter L. Walton.

A memorial service will be celebrated at 1:30 p.m. on July 6 in the auditorium at Kendal at Longwood, 1109 East Baltimore Pike, Kennett Square. Interment will be in Longwood Cemetery.

In lieu of flowers, memorial contributions may be made to Kendal at Longwood Reserve Fund, P.O.  Box 100, Kennett Square, PA 19348. Condoences can be offered atwww.longwoodfuneralhome.com. 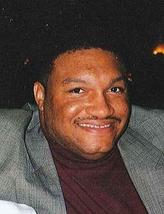 He was the husband of Cindi F. Clark, with whom he shared 25 years of marriage. Born in Wilmington, Del., he was a son of Gloria (Bell) Clark of Wilmington and the late Henry Lee Clark. He graduated from Johnson and Wales Culinary School, where his culinary career began. He was a chef in the Kennett community for over 20 years at Challies, the Grill, and for the past six years at Longwood Gardens. He was founder of Chef Demarbis Cooks. In addition to his successful career, he was most proud of his affiliation with the Kennett High School football program, where he helped coach the original football team. His sons Justin, Chris and Corey, were on that team.

Survivors include, in addition to his wife and mother, five sons, Justin, Gabriel, Daniel, Christopher, and Corey; four daughters, Tarra, Heather, Haley, and Mikaela; one grandson, Jayden; two brothers, Darnell and Angelo; one sister, Danielle; and many cousins. He was predeceased by a brother, Oshay.

He was an organ donor and gave the gift of life through the Gift of Life Donor Program in Philadelphia.

A funeral was held July 2. Interment was in Union Hill Cemetery, Kennett Square.  Contributions in his memory may be made to the National Kidney Foundation, 111 S. Independence Mall East, Suite 411 Philadelphia, PA 19106. 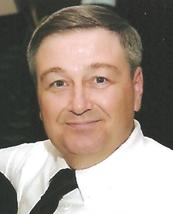 He was the husband of Judith Gray Posey, with whom he shared 39 years of marriage. Born in Wilmington, Del., he was the son of the late Lelon and Nancy Rector Posey. He graduated from Avon Grove High School in 1973. He was employed with Johnson Controls, in Wilmington, Del., as a carpenter. He enjoyed car shows, where he would show his '69 Chevelle he restored. He was awarded Best in Show at the Cecil County Drag Way three weeks ago.

He is survived by his wife; one son, Jeff Posey and his wife Giovana of Nottingham; one daughter, Amy Tyler and her husband Chris of New London; one grandson, Ryan Tyler; and a sister, Sharon Huie of North Carolina.

Funeral services will be held at 11 a.m. on July 3 at the Edward L. Collins, Jr. Funeral Home, Inc. (86 Pine St. Oxford), where friends may call from 6 to 8 p.m. Tuesday. Interment will be in Oxford Cemetery.

In lieu of flowers, donations in his memory may be made to the American Lung Association, 3001 Gettysburg Rd., Camp Hill, PA 17011. 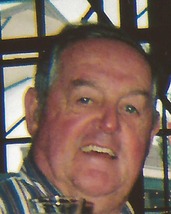 He was the husband of the late Caroline Root Brown. Born in Nottingham, Pa., he was the son of the late Harold and Mary Duncan Brown. He graduated from Oxford High School class of 1952. He was a past member of the Nottingham Greenstone Presbyterian Church. In the past, he was a camp host for the Cradle of Forestry in Pennsylvania, North Carolina, Virginia, and Vermont. He was employed in various construction fields. Most significantly with PennDOT, he was a foreman with James Julian and worked for Clanton Excavating. He retired in 1992 and moved to New Smyrna Beach, Fla., where he resided. His hobbies included hunting, fishing, skiing, traveling and visiting bluegrass festivals, and he was an avid card player. He loved spending time with his children, grandchildren and great-grandchildren.

He was preceded in death by a brother, Robert Brown; and companion, Evelyn Simpson, with whom he enjoyed several years of camping, going on cruises, and enjoying the beach life.

He was the husband of Pearl Pietropola Burger, with whom he shared 49 years of marriage. Born in Upper Darby, Pa., he was the son of the late Walter H. and Margaret Duncan Burger. He was a veteran of the U.S. Army. He was employed with PECO for 25 years as supervisor of the Carpenter's Shop in Philadelphia. He enjoyed many outdoor activities, such as BMX racing, hiking, skiing, hunting with dogs, traveling, camping, canoeing and listening to bluegrass music.

Funeral services were held July 1. Interment was in Oxford Cemetery.

In lieu of flowers, donations in Walter's memory may be made to Neighborhood Hospice, 400 E Marshall St., West Chester, PA 19380. 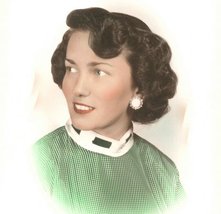 Doris Mae (Sheline) Danielson, 78, of Oxford, passed away peacefully on June 26 at her residence.

She was the wife of the late James K. Danielson, Sr. Born in Oxford, she was the daughter of the late Reuben Enoch Sheline and Marie Kepeda Sheline Albright. She and her husband owned and operated Danielson's Printery in downtown Oxford. She was also employed by Morton-Thiokol and Penn Fuel Gas. She was a member of the Oxford Church of the Nazarene. She enjoyed going to church, shopping, and getting together with family and friends.

She is survived by two sons, Adam Danielson and his wife Cindy of Plymouth, and James Danielson, Jr. and his wife Vicky of Nottingham; two sisters, Ruth Ann Roney and her husband Harold of Oxford, and Dolly Lowe of Mt. City, Tenn.; one sister-in-law, Ella Mae Woolard of Baltimore Md.; several grandchildren, nieces and nephews.

She was preceded in death by a brother, Robert Albright; sister, Rose Taylor; and niece, Donna Roney.

Funeral services were held July 2. Interment was in Oxford Cemetery.

In lieu of flowers, donations in Doris' memory may be made to Oxford Church of the Nazarene, 116 East Locust St., Oxford, PA 19363.