Margaret Mary F. Reichart Bulfaro, 75, of Rising Sun, Md., and formerly of Oxford, passed away on June 16.
She was the wife of the late C. Anthony Bulfaro, who passed away in 2011 and with whom she shared 57 years of marriage. Born in Philadelphia, she was a daughter of the late George I.and Margaret Walsh Reichart. She was a devoted wife, mother, and grandmother. She was dedicated to her volunteer work and extended family at the American Legion Mason Dixon Post 194. She spent her life caring for others and putting their needs ahead of her own.
She is survived by two sons, Anthony W. Bulfaro of Oxford, and Gregory M. Bulfaro of Rising Sun, Md.; a daughter, Margaret Mary Lapsley and her husband George of Plumsteadville, Pa.; one brother,Thomas Reichart (Arlene) of Woodbury, N.J.; three sisters, Andrea Humphrey (Chet) of Warminster, Pa., Catherine Naulty of Willow Grove, Pa., and Regina Romeo (Ralph) of Willow Grove, Pa.; and by eight grandchildren and four great-grandchildren. In addition to her husband, she was predeceased by two brothers, George Reichart and Joseph Reichart.
A Mass of Christian Burial was held June 21 Interment was at St. John Neumann Cemetery, Chalfont, Pa. Contributions in Margaret's memory may be made to: AstraZeneca Hope Lodge of the American Cancer Society, 110 West Laurel Ave., Cheltenham, PA 19012.

He had many God-given talents. His vocal accomplishments include being selected for The Governor's School of the Arts in 1973;  America's Youth in Concert, touring Europe with 200 other American students in 1976; and with the Choral Arts Society of Washington D.C., performing in the National Cathedral and Kennedy Center.

His artistic abilities started young, and as he honed his talent of painting throughout the years, he was able to complete many pieces that hang in the homes of his relatives and friends. His artistic eye enabled him to also be an amazing photographer and to take unbelievable pictures of the places he traveled in the continental U.S., Brazil, Fiji, and Hawaii. This ability also led him to his career of dental ceramist. Without any formal schooling, he was able to create teeth out of porcelain that would enhance any person's smile. He was the founder of Artifex Inc., a dental laboratory which has accounts throughout the United States.

His artistic talent then led him into the field of jewelry making, where he has made hundreds of unique necklaces, earrings and bracelets that women all over the east coast wear adoringly. He was a generous and beloved friend, brother and son. He will be missed for many years to come.

Barbara G. Reynolds, 72, of Avondale, passed away on June 18 at the Seasons Hospice at Christiana Hospital, Newark, Del.

She was the wife of Maurice "Skip" E. Reynolds, who passed away this past April , and with whom she shared 50 years of marriage.  Born in West Chester, she was the daughter of the late Alexander and Myrtle Pyle Grey. She was a manager at Bunny's Cree Mee Freeze in Avondale, which she  operated with her husband. Prior to that, she worked for many years at Hercules, Inc. in Wilmington, Del. She was a member of the  Bethany Presbyterian Church in Mendenhall, Pa., and the Order of the Eastern Star, Parkesburg, Pa. Barbara enjoyed playing cards, watching TV, traveling and being with her family and friends.

She is survived by one son, Mike Reynolds of Avondale; one daughter, Michelle Reynolds of Parkesburg; and one sister,  Helen Pugh of Kirkwood, Pa.

A visitation with her family and friends will be held from 10 to 11 a.m. on June 26 at the Bethany Presbyterian Church (Route 52, Mendenhall).  Her funeral service will follow at 11 a.m.  Burial will be in Longwood Cemetery, Kennett Square.

In memory of Barbara, a contribution may be made to the Bethany Presbyterian Church, P.O. Box 17, Mendenhall, PA  19357.

He was the husband of Ida L. DiMario Beard, with whom he shared 63 years of marriage. Born in Philadelphia, he was the son of the late LeRoy T. and Eva Loomis Beard.  He lived in Glenmoore, Pa., and moved to Kennett Square to begin sixth grade. He was a 1947 graduate of Kennett High School. He learned the carpenter trade with Bill Worrall. He was self-employed in the building business prior to running Beard's Wallpaper and Paint Store. Later he was superintendent with the Leonard Pevar Construction Company.  He was most proud of his partnership in John L. Beard and Son Builders for over 30 years in Kennett Square. In retirement, he enjoyed restoring and racing his antique midget racecar. He was a member of the Kennett Lodge No. 475 F&AM and was a past high priest of chapter and past master of the Blue Lodge. He also enjoyed vacationing in Florida with his wife, and was looking forward to meeting his first great-grandchild.

A funeral was held June 25. Interment was in Union Hill Cemetery. Contributions in his memory may be made to Kennett Area Community Service, or KACS, PO Box 1025, Kennett Square, PA 19348. 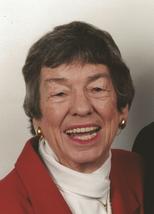 She was the wife of Wayne F. Rice, with whom she shared 43 years of marriage. She was employed with Aberdeen Proving Grounds as an accountant. She retired in 1990 after 40 years of service. She was the bookkeeper for Bruce's Furniture for many years. She was a member of the Oxford United Methodist Church. She enjoyed her pets, crocheting, knitting, cooking, and was an excellent seamstress.

She is survived by her husband; several nieces, nephews, stepchildren and step-grandchildren. She was preceded in death by two brothers, Richard Kirk and Ralph Kirk; and two sisters, Pauline Boyle and Edith Woollens.

In lieu of flowers, donations in her memory may be made to the American Lung Association, 3001 Gettysburg Rd., Camp Hill, PA 17011.

Chani Erin Davidson of Chadds Ford passed away suddenly on June 15.  She was 27 years old.

Born in Newark, Del., she was the beloved daughter of Brandon Davidson and Laura S. Davidson, and the cherished sister Kara Lynn Davidson (her best friend). She attended Unionville High School and was a nursing student in the Practical Nursing Program at the Chester County Intermediate Unit.

In lieu of flowers, a trust is being established for the benefit of Silas and Gavin.  Further information regarding the trust will be forthcoming.

Condolences can be sent to: www.longwoodfuneralhome.com. 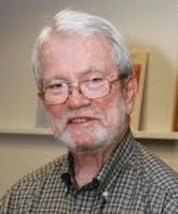 John Robert Courtney, of Chadds Ford, Pa., and Port St. Lucie, Fla. passed away on June 19 at his home. He was 73 years old.

Born in Wilmington, Del., he was the son of the late John L. Courtney and the late Elsie Betts Courtney.  He attended the Tower Hill School and completed his education at the University of Pennsylvania, where he earned his engineering degree. He retired from the DuPont Company in 1986 to enjoy his condo in Port St. Lucie, where he "attempted" to play golf and embellished the amount of fish he caught.

He was the beloved husband of the late Janet Crossan Courtney, who passed away in 2011. He is survived by his niece, Joyce Kline and her husband Ken, and Linda Cox and her husband Jack.

John and Janet's ashes will be scattered off Jensen Beach in Port St. Lucie. In lieu of flowers, donations can be made to the Brandywine Conservancy, PO Box 141, Chadds Ford, Pennsylvania, 19317. 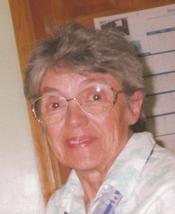 Marjorie A. Townsend, 88, of Oxford, passed away on June 21 at Ware Presbyterian Village, Oxford.

She was the wife of the late William Barclay Townsend, Sr. Born in West Chester in 1925, she was the daughter of the late William Henry and E. Pearl Cox Whiteman. She graduated from Oxford Area High School in 1942 and from Goldey-Beacom College in 1944. She was employed in Wilmington, Del., for Child Social Services until her marriage in 1946. In 1956, she was baptized as one of Jehovah's Witnesses and was a member of the Rising Sun, Md., Congregation of Jehovah's Witnesses until her death. While still raising her children, in 1961, she took on the challenge, along with her husband, of starting a new business. For 46 years, she worked as receptionist and bookkeeper for Hayesville Garage, an automotive repair shop in Lower Oxford Township. She continued working at the garage, doing what she could, until Alzheimer's disease took her from her loving family.

Friends and family may call from 9:30 to 11 a.m. June 27 at the Edward L. Collins, Jr. Funeral Home, Inc. (86 Pine St., Oxford), followed by a graveside service. Interment will be in Oxford Cemetery. 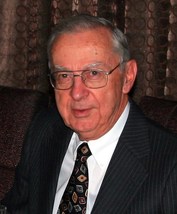 Earl Singleton Gordon passed away on June 21 in the presence of his family at Jenner's Pond Retirement Community in West Grove.  He was 82 years old.

Born in Fall River, Mass., he was the only child of the late Leo Gordon and the late Annie Singleton Gordon. He was a veteran of the Korean conflict, serving in the Marine Corps, then graduating from college at the University of Massachusetts and the Institute of Textile Technology (UVA) with a master's degree.  He began his 36-year career with the DuPont Company in 1956, living and working in Wilmington, Chattanooga, Tenn., Waynesboro, Va., Londonderry, Northern Ireland, and Geneva, Switzerland. After retiring in 1992, he continued consulting in the textile industry for several years. He then turned his efforts to woodworking, helping his children build decks, sheds, finishing basements, and salmon fishing in British Columbia, Canada. He also volunteered with SCORE (Service Corps of Retired Executives) and most recently enjoyed participating in the wood shed and audiovisual clubs at Jenner's Pond.

His interests -- from aviation to carpentry to business (to name only a few) -- allowed him to talk with anyone on most any topic and make fast friends while doing so.  He was a generous and loving father, and beloved husband.

His family appreciates the well wishes and support of his friends and suggests, in lieu of flowers, that donations be made to the Jenner's Pond Benevolent Fund, 2000 Greenbrier Lane, West Grove PA 19390; or Delaware Hospice, 3515 Silverside Road, Wilmington, DE 19810. Services will be private.