Grace O. Hahala, 84, of Landenberg, passed away on June 9 at the Ware Presbyterian Village in Oxford.

Born in Abingdon, Va., she was the daughter of the late Gilmer and Bessie Lowe Mann. She enjoyed gardening, cooking and her pets.

A native of Crumpler, N.C., he was the son of the late Walter and Ethel Wyatt.  He  served his country during World War II in the U.S. Army as a Technician 4th grade, Code 5 Sergeant. He was a foreman with Lukens Steel Company, retiring  after 40 years of service. He loved his grandchildren and his roses.  He was a 50-plus year member of the New London Masonic Lodge No. 545, and lifetime member of the VFW Post 3693.

At an early age, he began working in the rose fields near West Grove. His family was involved in the mushroom industry, where he worked. Throughout his life, he raised and trained German Shorthair Pointers while enjoying pheasant hunting and deer hunting, served as a Boy Scout leader for the Avondale troop, and was a dedicated instructor for the Pennsylvania Hunters Safety Course.

A funeral was held June 17. Burial was at New London Presbyterian Cemetery. 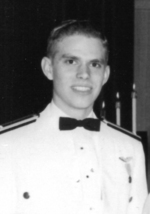 Air Force Major Louis Fulda Guillermin, 25, of  West Chester, was killed in action on April 30, 1968 while bravely serving in the Vietnam War. Major Guillermin and one other crew member were aboard an A-26A Invader aircraft that crashed. After 45 years, Major Guillermin's remains were identified and his family was notified.

Born in West Chester, Pa., he was the son of the late Wister and Myrtle Booker Guillermin. He was a graduate of West Chester University. The Louis F. Guillermin Vietnam Veterans Chapter 436, Phoenixville, was named in his honor.

Funeral services will be held at 10 a.m. on Oct. 5 at the Edward L. Collins, Jr. Funeral Home, Inc. (86 Pine St., Oxford), where friends and family may call from 9 to 10 a.m. Interment with full military honors will be in Glenwood Memorial Cemetery, Broomall. A group interment will also be in Arlington Cemetery, representing both crew members killed in the accident. The date and time has not been determined.

In lieu of flowers, donations in his memory may be made to the Major Louis Guillermin Chester County Chapter 436 Vietnam Veterans of America, P.O. Box 189, Phoenixville, PA 19460.

She was the wife of Donald L. Fox, with whom she shared 53 years of marriage. During her working years, she was a lab assistant, a retail clerk, a teacher's aide with Chester County Intermediate Unit, a rural mail carrier, and a visiting home care nurse. She was active in Brownie Scouts and Girl Scouts, girls' softball, Avon-Grove Middle School PTA, and was a champion bowler in tournaments in many states and Canada, winning many trophies. She visited many places in England and Europe as a guest of her daughter and her son-in-law, George DeShields. She enjoyed making quilts and sewing for her family members.

She is survived by four daughters, Lynn Blake of Avondale, Susan Jones of West Grove, Barbara DeShields of Florida, and Amy Scott of North Carolina; 16 grandchildren; five great-grandchildren; and a brother, Arnold Reeves. She was preceded in death by a daughter, Nora Dixon.

Funeral services will be at 11 a.m. Wednesday, June 19 at New London Missionary Baptist Church (226 Pennocks Bridge Rd., West Grove), where friends may call from 9 to 11 a.m.  Interment will be in Union Hill Cemetery, Kennett Square. 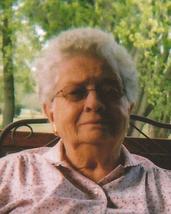 Cecille M. Shoemaker, 95, of Oxford, passed away June 14 at Ware Presbyterian Village in Oxford.
She was the wife of the late Justin Shoemaker. Born in Nottingham, she was the daughter of the late Byron and Olive Wilson Wells. She was employed with the Oxford Locker and the Post House Restaurant, and was also a caregiver. She was a member of St Christopher's Episcopal Church, Oxford, where she was past president and treasurer of the ECW. Many friends will remember her home-cooked chicken pot pie and corn soup she prepared for the church. She was a member of the Friends of Nottingham Park, where she manned the food wagon. She was active in many clean-up days in Nottingham, and squaredanced into her 80s at the Fulton and Russellville granges. She enjoyed helping make Easter eggs at the Oxford United Methodist Church.
She is survived by one son, Alonzo B. Shoemaker and his wife Carole of Oxford; two grandchildren, Robin Wink and husband Dan, Alonzo B. Shoemaker, Jr. and wife Megan; eight great-grandchildren, Christen McFadden, Christina Hash, Angela Snader, Alonzo B. III, Noah, Carley, Zebediah and Ruby Shoemaker; and three great-great grandchildren. She was preceded in death by a brother, James Wells.
Funeral services will be held at 11 a.m. June 18 at the Edward L. Collins, Jr. Funeral Home, Inc. (86 Pine St., Oxford), where friends may call from 10 tp 11 a.m. Interment will be in Little Britain Cemetery, Peach Bottom.
In lieu of flowers, donations in her memory may be made to the Autism Society of America, 18 Watkin Ave., Chadds Ford, PA 19317.
Online condolences may be made at www.elcollinsfuneralhome.com.

Beatrice M. Messimer, 89, of Lincoln University, passed away on June 14 at the Masonic Home in Wilmington, Del.

She was the wife of Leonard Messimer, who passed away in 1993, and with whom she shared 46 years of marriage. Born in Lincoln University, she was the daughter of the late John C. Massey, Sr. and Helen Smith Massey. She was a seamstress and worked for many years at the West Grove Knitting Mill.

She is survived by one sister, Kathryn I. Matson of Oxford; one brother, Robert A. Massey of West Grove; four nieces and one nephew. She was predeceased by one brother, John C. Massey, Jr.

A visitation with family and friends will be held from 11 a.m. to noon on June  21 at the Foulk & Grieco Funeral Home (200 Rose Hill Rd., West Grove). Her funeral service will  follow at noon. Burial will be Oxford Cemetery.

In memory of Bea, a contribution may be made to the Chester County SPCA, 1212 Phoenixville Pike, West Chester, PA 19380.

She was the wife of the late Francis J. Weigand. Born in Ramey, Pa., she was the last surviving of ten children.

A Mass of Christian Burial will be celebrated 11 a.m. on Thursday, June 20 at Ware Presbyterian Village (7 E. Locust St., Oxford), where friends may call from 10 to 11 a.m. Interment will be in Holy Cross Cemetery, Yeadon, Pa.

She was the wife of Carl J. Jones, with whom she shared 63 years of marriage. Born in Mt. City, Tenn., she was the daughter of the late Clyde and Etha Dishman Stout. She was formerly employed with the Longwood Inn in Kennett Square. She enjoyed collecting dolls and glassware.