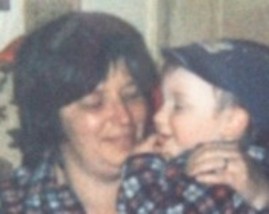 Susan F. "Sue" Gallagher, 64, of Oxford, passed away on May, 11 at her home after a lengthy illness.

Born in Darby, Pa., she was the daughter of the late Charles and Charmian Ewing Gallagher. She was a homemaker who devoted her life to raising her son. She enjoyed animals and nature. She was a kind and generous woman who took great care of her family.
Sue is survived by one son, Josh Gallagher and his fiancé Brandi O'Brien, both of Parksburg; and her dearest friend, Carmen Santiago of Oxford.
In lieu of flowers, donations in Sue's memory should be made to the SPCA.

Her life celebration was held on May 17. Online condolences can be made at www.ruffenachfuneralhome.com.

Charles E. McMillan, 61 of Avondale, died suddenly on May 15.

Born in Wilmington, Del., he was the son of the late Claude A. and Mae E. Eggers McMillan. He  served his country proudly in the United States Army. He enjoyed fishing, hunting and was an avid Philadelphia sports fan. He retired in 2011 after 33 years of service at Lukens Steel and the Teamsters.

He is survived by his wife, Connie Pedicone McMillan of Avondale; two sons, Brian (Nicole) McMillan of Cochranville, and Brad McMillan of Toughkenamon; two grandsons, Joshua and Cody McMillan; a brother, Joe McMillan of Oxford; and a sister, Ina Walraven of Parkesburg.

His life celebration was held on May 21. Online condolences can be made at www.ruffenachfuneralhome.com.

On May 17, Beula Mae (Griest) Fuller, of Wheelerville, Ohio, passed away quietly at her residence. She was 83.

Born in 1930 at Peach Bottom, Pa., she was the daughter of Harvey C. and Jesse Pearl (Ritchie) Griest. For 30 years, she was employed as a fiberglass worker with National Vulcanized Fiber in Kennett Square. She was the widow of the late Robert F. Fuller, with whom she raised two sons and a daughter, and shared almost 43 years.
She is survived by her son, James F. Fuller of Shunk; daughter Sharon Fuller of Bethpage, N.Y.; six grandchildren; 12 great-grandchildren; and one great-great-granddaughter. In addition to her parents, she was preceded in death by her husband in 1991; and son Robert H. “Pete” Fuller in 2008.
Services were private, and held at the Morse & Kleese Funeral Home in Canton, Ohio.

Daniel L. Reburn, 56, of Horntown, Va.,  formerly of West Grove, passed away on May 20, 2013 at the Peninsula Regional Medical Center, Salisbury, Md.

Born in West Grove, he was the son of the late Ronald S. and Sandra Herb Reburn. He was a member of the Fifth Ward Rod and Gun Club. He enjoyed fishing, hunting, gardening, baseball, and being with his family and friends.

He is survived by his fiancée, Candace Delaney of Horntown, Va.; two sons, Daniel L. Reburn, Jr. of Elkton, Md., and David A. Reburn of Peach Bottom, Pa.; one sister, Angel Reburn Varney and her husband Bruce of Catawissa, Pa.; two  grandchildren, Spencer and Danielle Reburn; and one niece, Tina Marie Varney of Media, Pa.

A funeral was held May 24. Burial was in the Oxford Cemetery, Oxford, Pa. 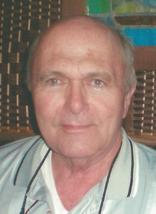 He was the husband of Mary Rehnert Cartledge. Born in Philadelphia, he was the son of the late Harry, Sr. and Gladys Rodebaugh Cartledge. In 1957, he graduated from Bartram High School and received his mechanical engineering degree from Drexel University in 1976. He proudly served in the United States Army from 1962 to 1964. He was employed by PECO  (Exelon) and retired after 32 years of service. He was a mason for 42 years and was a member of the St. Albans Mason Lodge No. 529. He was also an active member of the WTF. He was an avid sportsman, and known for his sense of humor, kindness and smile.

A funeral was held May 25. Interment was in Oxford Cemetery.

Mary Frances Burke, 65, of Cochranville, passed away on May 18 at her home.

Born in Pulaski, Va., she was the daughter of the late John William and Mary McGinnis Burke. She received her master’s degree in education from Villanova University. She began her physical dducation teaching career at Garrettford Elementary School and retired after 30 years from the Drexel Hill Middle School. She was an active member of the Vineyard Christian Fellowship in Landenberg. She loved her pets, especially her German Shepherds.

She is survived by one daughter, Terry A. Bernardo of Fort Lauderdale, Fla.; one son, Michael John Burke and his wife Rennie of West Chester; one grandson, Colin Scull; two sisters, Joan Franks of Springfield, and Anne Coste and her husband Andrew of Swarthmore, two nieces, Debbie Chowdhury and Katherine Coste; and one nephew, Matthew Coste.

Funeral services were held May 24. Interment was in Faggs Manor Cemetery, Cochranville.

In lieu of flowers, donations in Mary’s memory may be made to the German Shepherd Rescue of Southeastern PA, 9012 Cargill Lane, Philadelphia, PA 19115. 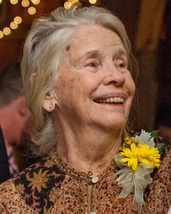 Margaret S. Bryson, 82, of Oxford, passed away on May 22 at Jennersville Regional Hospital in West Grove.

She was the wife of Harold T. Bryson, Jr., with whom she shared 64 years of marriage. Born in Philadelphia, she was the daughter of the late Roy and Alice Lam Shifflett. She was employed as the office manager of Jennersville Regional Hospital from 1961 until she retired in 1999. She was also employed with New Holland Machinery Co. from 1948 to 1952. She attended the Grace Baptist Church in Oxford. She was a member of the Green Thumb Garden Club and Professional Women’s Club, both of Oxford. She had a love of nature and all creation.

She is survived by her husband; son, Harold T. Bryson, III and his wife Bing of Reno, Nev.; daughter, Susan B. Orth and her husband Jeffrey of Lancaster; two grandchildren, Daniel Orth and fiancee Michelle Wile, David Orth and his wife Christin (Sauers); and one brother, William Shifflett and his wife Erica of Saegertown. She was preceded in death by a sister, Dorothy Todd.

Funeral services will be held at 11 a.m. May 29 at Grace Baptist Church (1191 Limestone Rd., Oxford), where friends and family may call from 10 to 11 a.m. Interment will be in Cochranville United Methodist Cemetery.

In lieu of flowers, donations in Margaret’s memory may be made to the Chester County SPCA, 1212 Phoenixville Pike, West Chester, PA 19380.

He was the husband of Sunday DiFilippo Abbondi, who passed away in 2010, and with whom he shared 61 years of marriage. Born in Masserano,  Italy, he was the son of the late Fred Abbondi, Sr. and the late Angeline Gatti Abbondi. He came to the United States from Italy when he was 9 years old. He was a self-employed mushroom grower. After  retiring  from growing mushrooms, he was a parimutual ticket cashier at Delaware, Brandywine and Liberty Bell parks.

He served his country in the U.S. Army, stationed in Okinawa during World War II. He was a lifetime member of the Swayne, Campbell, Testa VFW Post 5467, and a member St. Patrick’s Church, both in Kennett Square. He was an avid golfer, enjoyed fishing and collected antique golf clubs, Indian artifacts and many other items.  He also grew and trained bonsai for 50 years, sometimes having over 30 trees.

He is survived by one son, Richard Abbondi and his partner Sandi Leone of West Grove; one  daughter, Carol Danaher and her husband Bill of Roseville, Calif.; one grandson, Sean Danaher; and many nieces and nephews.

A visitation with friends and family will be held from 10 to 11 a.m. on May 30 at the Kuzo & Grieco Funeral Home (250 W. State St., Kennett Square). His funeral service will follow at 11 a.m. Burial will be in St. Patrick’s Cemetery, Kennett Square.

In lieu of flowers, a contribution may be made to a charity of your choice. 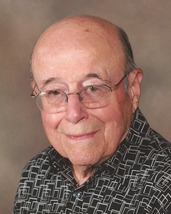 Damon Christian Schmidt, 98, of Oxford, passed away May 23 at his home.

He was the husband of the late Betty Jean Blakely Schmidt. Born in Lebanon, Ill., he was the son of the late Christian and Bertha Yeager Schmidt. He was retired from the Fischer Body Plant of General Motors in Livonia, Mich. He was a member of the Oxford Church of the Nazarene. An avid artist, he also enjoyed photography, gardening, model trains, playing the violin and repairing watches.

He is survived by two sons, Chris Damon Schmidt and Jane of Warren, Mich., and Dennis L. Schmidt and his wife Mim of Oxford; five grandchildren, Tami, Darren, Michael, Deanna and Kimberly; and 11 great-grandchildren.

Dawn Marie Hendrickson, 44, of Kennett Square, passed away on May 23 at her residence.

She was the wife of Neko G. Hendrickson, with whom she shared 25 years of marriage.

Born in West Chester, she was the daughter of Richard Lynch of Oxford, and Cathy  Blevins  of Toughkenamon. She had been employed as a bartender/steward at the Hockessin VFW. She was a member of the VFW Post 5892 in Hockessin, Del., and the VFW Post 5467 in Kennett Square. She was an avid Phillies and Pittsburgh Steelers fan. She enjoyed going to the beach, riding motorcycles and spending time with her family.

In addition to her husband and parents, she is survived by one son, Neko G. Hendrickson, II; one daughter, Chyanne Hendrickson; two sisters, Lorraine Lynch and Theresa Lynch; and two grandchildren.

A visitation with family and friends will be held from 10 a.m. to noon May 31 at the Kuzo & Grieco Funeral Home (250 W. State St., Kennett Square). Her funeral service will follow at noon. Burial will be private.

Elsie Gouge Kilby, 91, of Kelton, passed away on May 25 at the Jennersville Regional Hospital.

She was the wife of Smith R. Kilby, who passed away in  1998,  and with whom she shared 58 years of marriage. Born in Jonesboro, Tenn., she was the daughter of the late David and Abbie Tipton Gouge. She was the assistant postmaster at the Kelton post office for many years. She was a member of the Church of Christ in Kelton, the West Grove Senior Center, and the West Grove Fire Company Ladies Auxiliary. She enjoyed gardening, flowers, playing card games, music and especially being with her family.

She was the loving mother of two sons, Larry J. Kilby and his wife Linda of West Grove, and Jerry A. Kilby and his wife Sue of Wilmington, Del.; and  one daughter, Mary Sue Porter  of Chester, Md.; loving sister to Mary Davidson of New London. She will also  be missed by her ten grandchildren and eight great-grandchildren, and by many nieces and nephews. She was loved by many and will be missed by all who knew her.

A visitation with family and friends will be held May 30 from 5 to 7 p.m., and again from 11 a.m. to noon on May 31, at the Foulk & Grieco Funeral Home (200 Rose Hill Rd., West Grove). Her funeral service will follow at noon. Burial will be in Union Hill Cemetery, Kennett Square.

Evelyn C. Neff, 79, of Nottingham, passed away on May 26 at the Jennersville Regional Hospital.

She was the wife of James L. Neff, who passed away in 1984, and with whom she shared 30 years of marriage. Born in Avondale, she was the daughter of the late Harry and Ruby Robinson Crossan. She was the office manager for 17 years at Abernethy’s Auto Body in Avondale. After that, she worked at McGovern’s Sanitation in Kennett Square. She enjoyed playing bingo, gardening, reading, puzzles, and being with her family.

She is survived by three daughters, Frances Neff  of Nottingham, Elizabeth DeLuca and her husband Steve Delaney of West Grove, and Nancy DelFera of Nottingham;  one sister, Joyce Smith of West Grove; one brother, Richard Crossan of Farmville, N.C.; one stepbrother, Ed Bassett of Chadds Ford; two half-sisters, Beverly Piskel of West Grove, and Martha Burgess of Newark, Del.; four grandchildren; three great-grandchildren; and nieces and nephews. She was predeceased by one sister, Bess Daddario.

You are invited to visit with her family and friends from 10 to 11 a.m. on June 1 at the Avondale United Methodist Church (Third and Chatham streets, Avondale). Her memorial service will follow at 11 a.m. Burial will be private.

In lieu of flowers, a contribution may be made to the Avondale United Methodist Church, P.O. Box 114, Avondale, PA  19311.