Chester Willis, 87, of Oxford, passed away on Oct. 20 at Thomas Jefferson University Hospital in Philadelphia. 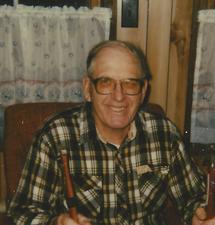 He was the husband of Colean Brewer Willis. Born on a farm in Lincoln University, Pa., he was the son of the late Millard Willis and Mamie Johnson Willis Pate. He was pastor of the Bible Church of Jesus Christ in Elkton, Md. He farmed in Southern Chester County for many years. He retired from Modern Mushroom in West Grove as the maintenance supervisor. He enjoyed carpentry, woodworking, and the scent of freshly plowed soil and cut hay.

She was the wife of George Orem, who passed away in 2011, and with whom she shared 24 years of marriage. Her first husband, John V. Reynolds, with whom she shared 28 years of marriage, passed away in 1980. Born in Philadelphia, she was the daughter of the late John J. and  Agnes Barnes Kennedy. She was a homemaker, but had also worked as a real estate agent and a secretary. She was a former member of Assumption BVM Church in West Grove, and while living in Naples, Fla., she was a member of St. John the Evangelist Church. She enjoyed crafts, making stuffed teddy bears, knitting blankets for soldiers and baby caps for preemies.

She is survived by four sons, John V. Reynolds, Jr., of Avondale, Thomas Reynolds and his wife Paula of Anchorage, Alaska, Richard Reynolds and his wife of Holly of Tuscon, Ariz., and R. Stephen Reynolds and his wife Wendy of Landenberg; three daughters, Jo Anne Katrowski and her husband Martin of Wilmington, Del., Maureen Alston and her husband Derek of Newark, Del., and Karen Wells and her husband Donald of Unionville;  and four stepchildren; one brother, Thomas Kennedy of Spring Grove, Pa.; four sisters, Agnes Miller of Charlotte, N.C., Mary Steinbruck of Bridgeville, Del., Catherine Kucinskas of Philadelphia, and Julia Shollette of Holland, Pa.; 10 grandchildren; many great-grandchildren; and many nieces and nephews. She was predeceased by one brother, John “Bud” Kennedy.

A funeral was held Oct. 24. Burial was in St. Mary’s Cemetery in West Grove. In lieu of flowers,  the family suggests a contribution to St. Jude Children’s Research Hospital, 501 St. Jude Place, Memphis, TN 38105; or your favorite charity. Online condolences may be made by visiting www.griecocares.com.

He is survived by one brother, Richard H. Volk and his wife Barbara of West Grove; two nephews, Michael Volk and Ryan Volk; and one niece, Erica Reilly.

A funeral was held Oct. 28. Burial was in Union Hill Cemetery in Kennett Square. In memory of Bob, a contribution may be made to the American Diabetes Association, 150 Monument Road, Suite 100, Bala Cynwyd, PA 19004. Online condolences may be made by visiting www.griecocares.com.

Known as “Doc” to many, he attended Townsend Harris High School in New York City, graduated Phi Beta Kappa from Amherst College, attended the University of Rochester Medical School and did his residency at the Hospital for Joint Diseases in New York City. His college years were interrupted by service in the U.S. Army during World War II. He served in Europe and Japan, was wounded, and received the Purple Heart.  He and Kathleen Maguire were married in 1954. He opened the first orthopedic practice in the area, served as chief of staff at Coatesville and Jennersville hospitals, and directed Highland Orthopedic Center until his retirement. He served on both the Highland Township School Board and the Planning Commission. He was a board member of Console Golf, raised Standardbred horses and enjoyed riding. He designed his own home and barn, built and flew ultralight planes, and developed and patented surgical instruments. Following retirement, he expressed his talents through woodworking, making large furniture, and stone and wood sculpture.

He is survived by his wife, Kathleen; three children, Robert (Maggie), Cathy (Richard), and George; and four grandchildren.

A memorial lunch for family and friends will be held at 1 p.m. on Nov. 15 at Wyncote Golf Club (50 Wyncote Drive, Oxford). Donations in his memory may be made to Jennersville Regional Hospital, 1015 West Baltimore Pike, West Grove, PA 19390.

Ernest S. Sutton, 92, of West Grove, departed this life on Oct 19 at home, surrounded by loving family. Ever the optimist and problem solver, he gave his pancreatic cancer a run for its money by living two years past the diagnosis.

He was a chemical engineer at Thiokol Corporation for 35 years, developing  propellants for solid rocket motors, until he retired in 1988 as vice president of Morton Thiokol and general manager of the Elkton Division. He continued consulting in the aerospace industry until 1996. He joined the university drama group in Newark in 1953 and stayed on, working happily with the Chapel Street Players. He thoroughly enjoyed his time on and off the stage, acting, directing and building sets for many productions. He cherished his friendships at CSP. His love of downhill skiing kept him cruising the slopes well into his 80s. He had a passion for making videos, and said the key to his long and happy life was to always have a project.

He was actively engaged in the operation of Jenner’s Pond Retirement Community in West Grove, where he had resided since 1997. He was very fond of his friends and lifestyle at Jenner’s Pond.

He was predeceased by his wives, Janet in 1974 and Bea in 2011. He is survived by his sister, Norma Kramer of Kittery Point, Maine; his three children Jane (Jeb) of Ithaca, N.Y., Doug (Sandra) of Pacifica, Calif., and Andrea (Joe) of Newport, Del.; two stepchildren, Gibby Young of South Carolina and Lois Young-Southard (John) of Newark, Del. He was grandfather to eight, great-grandfather to three; and Uncle Ernie to many nieces and nephews.

A celebration of Ernie's incredible life will be held at Jenner’s Pond Allison Building on Nov. 8. at 2:30 p.m.

Contributions may be made to the Jenner’s Pond Endowment Fund, 2000 Sycamore Drive, West Grove PA 19390; or Chapel Street Players, 27 North Chapel St., Newark DE 19711. Online condolences may be made by visiting www.griecocares.com.