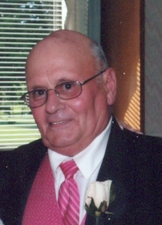 He was a loving husband to  Marilyn Shupe DiProspero, with whom he shared 57 years of marriage. Born in West Chester, he was the son of the late Carmen J. DiProspero, Sr., and Josephine Fecondo DiProspero. He attended St. Patrick’s School and Kennett High School. He was a self-employed truck driver  for many years. After retirement from truck driving , he worked for Fastrak Express in Rising Sun, Md., for the past 20 years. He was known on the CB radio as the Rusty Washer, “RW.” He was a council member of the Mermaid Run Condominium Association. He enjoyed driving his truck, working in his shop at home, working on cars, and being with his family and friends.

He was predeceased by one sister, Margaret DiProspero.

A funeral was held Aug. 1. Burial was in Union Hill Cemetery in Kennett Square. In lieu of flowers, a contribution may be made to the American Heart Association, 1617 JFL Boulevard, Suite 700, Philadelphia, PA  19103. Online condolences may be made by visiting www.griecocares.com.

Margaret Elizabeth Newitt, beloved mother, grandmother and sister, passed away at 69 on July 23 at her daughter’s residence in West Grove, after a short illness.

She was an extraordinary woman who will be profoundly missed. Maggie is survived by her daughter, Jeanine Colombi-Quinn (Ron Quinn); grandson, Liam Quinn; brother, Cyrus E. Newitt of Bedford Hills, N.Y.; and half-brother, Tom Newitt of Edmonds, Wash.

Daughter of the late Roy and Elizabeth Newitt, Maggie was born in New York City, and lived for many years in Hopewell, N.J., with Tim Warnock, her husband of 34 years, who passed away in 2007. She was the director of promotions at the Thomas J. Paul Company in Rydal, Pa., retiring in 2009 after 15 years of service. She loved animals, her garden, collecting antiques and illustrated books, restoring her 1850s historic home and vacationing in Cape Cod.

A memorial celebration will be held on Aug. 17 at 2 p.m. at Villa Francesco's, Shoppes at Pennington, 21 Route 31 North, Pennington, NJ 08530. Contributions in her memory may be made to the Humane Society of the United States. Online condolences may be made by visiting www.griecocares.com.

She was the wife of the late James C. Lehr, who died in 2012, and with whom she shared 61 years of marriage.  Born in Wilmington, Del., she was the daughter of the late Edward L. and the late Mary (Rash) Parker. She was a member of the Kendal Monthly Meeting of Friends. She was a librarian for the Wilmington Public Library, and for most of her career the DuPont Company. She participated in the Wilmington Drama League and was a life member of the Brandywiners. She enjoyed quilting and sewing.

Survivors include one daughter, M. Linda Lehr of Brooklyn, N.Y.  Interment will be held privately at Silverbrook Cemetery in Wilmington, Del.  Contributions in her memory may be made to the Kendal Reserve Fund, PO Box 100, Kennett Square, PA 19348. To share a memory with her family, visit www.griecocares.com.

Edward A. Kramer, Jr., of West Grove, passed away at Seasons Hospice at Christiana Hospital on July 30.

He was the husband of Kathleen Harrington Kramer, with whom he shared 15 years of marriage. His first wife, Sally Kramer, passed away in 1998. Born in Chicago, Ill., he was the son of the late Edward A. Kramer, Sr., and Helen Pocus Kramer. He was a regional manager at the DuPont Company in Wilmington, retiring in 2008 after 45 years of service. He served his country in the U.S. Air Force from 1960 to 1963. He enjoyed golfing, reading, traveling, was a lover of dogs, and enjoyed being with his family and friends.

A visitation with family and friends will be held from 10 to 11 a.m. on Aug. 6 at the Kuzo & Grieco Funeral Home (250 W. State St., Kennett Square). His memorial service will follow at 11 a.m. Burial will be private. In lieu of flowers, a contribution may be made to The Chester County SPCA, 1212 Phoenixville Pike, West Chester, PA 19380. Online condolences may be made by visiting www.griecocares.com.

Nancy S. DiFilippo, 88, of Kennett Square, passed away on Aug. 3 at Neighborhood Hospice in West Chester.

She was the wife of Louis J. DiFilippo, Jr., with whom she shared 60 years of marriage. Born in West Chester, she was the daughter of the late James and Mary Severino Falcone. She was a cafeteria aide at the Kennett High School for over 15 years, retiring in 1980. She was a member of St. Patrick’s Church in Kennett Square. She enjoyed  cooking, the outdoors, and being with her family and  friends.

In addition to her husband, she is survived by one daughter, Janet L. DiFilippo of Kennett Square; two brothers, John Falcone of Eagle River, Ark., and Frank Falcone of West Chester. She was predeceased by one son, James DiFilippo; three sisters, Mary Basilio, Jeanette DiNorscia and Frances Zonetti and one brother, James Falcone.

A visitation with family and friends will be held from 6 to 8 p.m. on Aug. 7, and again from 8:30 to 9:30 a.m. on Aug. 8 at the Kuzo & Grieco Funeral Home (250 W. State St., Kennett Square). Her funeral mass will follow at 10 a.m. at St. Patrick’s Church (212 Meredith St., Kennett Square).  Burial will be in St. Patrick’s Cemetery in Kennett Square. In memory of Nancy, a contribution may be made to Neighborhood Hospice, 400 East Marshall Street, West Chester, PA 19380. Online condolences may be made by visiting www.griecocares.com.

Helen C. Krzywicki, 83, of Landenberg, passed away on Aug. 3 at her residence.

She was the wife of Francis B. Krzywicki, with whom she shared 60 years of marriage. Born in Mildred, Pa., she was the daughter of the late Michael and Virginia Wisniewski Chessock. She was a homemaker and enjoyed gardening, and being with her family and friends. She was a member of Assumption BVM Catholic Church in West Grove, where she served as an Eucharistic Minister, and taught CCD classes to the Spanish-speaking children.

In addition to her husband, she is survived by two sons, F. Michael Krzywicki of Newark, Del., and Matthew S. Krzywicki of Midlothian Va.; three daughters, Mary Wollaston and her husband Tom of Landenberg, Denise Sinigaglio of Landenberg, and Carol Wilson of Avondale; one brother, Leo Chessock of West Chester; 12 grandchildren; and six great-grandchildren. She was predeceased by one sister, Irene Lofting.

A visitation with famiy and friends will be held from 10 a.m. to noon on Aug. 8 at  The Assumption BVM Catholic Church (300 State Rd., West Grove). Her funeral mass will follow at noon. Burial will be private.

In lieu of flowers, a contribution may be made to Delaware Hospice, c/o Memorial Gifts, 16 Polly Drummond Center, 2nd Floor, Newark, DE 19711; or to Assumption BVM, 300 State Road, West Grove, PA 19390. Online condolences may be made by visiting www.griecocares.com.

Born in Honey Brook, he was the son of the late Charles William and Verna McAdams Ricker. He was a veteran of the U.S. Army, serving in the Korean War. He was retired from Suburban Propane in Honey Brook. He was employed with the Nazarene Adult Day Care in Rising Sun, Md., as a driver for ten years after retiring. He was a member of the VFW Post No. 6027 Cecil County Memorial Post, North East, Md., and American Legion Mason-Dixon Post No. 194, Rising Sun, Md. He is survived by two sisters, children, stepchildren and grandchildren. He was loved by many and will be greatly missed.

Donald C. Byrne, 66, of Kennett Square, died on Aug. 1 at the Hackensack University Medical Center in Hackensack, N.J., after a 14-month illness.

He was the loving companion and fiancé of Laure Blomquist. Born in Unionville, he was the son of the late George V. and the late Marie J. (Jones) Byrne, and brother of the late Patricia Siegel. He was a Thoroughbred racing steward. He worked as a racing official for Suffolk Downs, Beaulah Park, Monmouth Park and Meadowlands Racetrack. In his youth, he assisted his parents in the running of the horse farm. He trained and rode steeplechase horses and later trained thoroughbreds for his own stable. He enjoyed cooking, taking care of his beloved farm, spending time with friends, and being with his constant canine companions Buster and Remi.

Survivors include, in addition to Laurie, one nephew, Joshua E. Siegel and his wife Kate of Wilmington, Del., and their children, Reilly and Sarah.

There will be a life celebration graveside service at 2 p.m. on Aug. 7 at Union Hill Cemetery, 424 North Union St., Kennett Square. To view his online tribute and to share a memory with his family, visit www.griecocares.com.