He was the husband of Marie Odorisio Bonifacino, with whom he shared 66 years of marriage. Born in Wilmington, Del., he was the son of the late Henry and the late Rose (Mazzoni) Bonifacino. He served our country during World War II in the Army Air Corps. He was owner of his family mushroom business, retiring in 1990. He was a lifelong member of St. Patrick Church of Kennett Square. He was an avid golfer and member for many years at the Kennett Square Golf and Country Club.He enjoyed horse races at Delaware Park and was a member of the Knights of Columbus, Italian American Club and Sons of Italy.

In addition to his parents, he was preceded in death by his son, Henry. Survivors include, in addition to his wife, two sons, Steve and his wife Cindy, and Richard, all of Kennett Square; and his daughter-in-law Cheryl of Harrisburg; two sisters, Anna Virgilio of Kennett Square, and Louise Reynolds of Glen Mills; and seven grandchildren, Gina, Chris, Lisa, Brian, Lauren, Megan and Anthony.

A visitation with family and friends will be held from 8:30 to 9:30 a.m. on June 18 at Kuzo & Grieco Funeral Home, Inc. (250 W. State St., Kennett Square). His mass of Christian burial will be 10 a.m.  Wednesday at St. Patrick Catholic Church (212 Meredith St., Kennett Square). Interment will be in St. Patrick Cemetery. Contributions in his memory may be made to the Kennett Area Senior Center, 427 S. Walnut St., Kennett Square, PA 19384. To share a memory with his family, visit www.griecocares.com.

Gertrude Short Henderson, 95, of West Chester, died on June 11 at her daughter’s home in West Chester.

She was the wife of the late John Joseph Henderson, Sr., who died in 1965, and with whom she shared 25 years of marriage. Born in Wilkinsburg Pa., she was the daughter of the late Ira and the late Lillian Pearl (Auger) Short. She was a 1938 graduate of Temple University School of Dental Hygiene. She worked as a dental hygienist 42 years. She was a lover of all kids and enjoyed caring for them well into her retirement years.

Services and interment were held privately.  Contributions in her memory may be made to a charity of your choice. Online condolences are welcome at www.griecocares.com.

She was the wife of the late Charles A. Burton, who died in 1993, and with whom she shared 50 years of marriage. Born in Sunrise, Minn., she was the daughter of the late Walfred and the late Alice L. (Satterstrom) Nelson. She was a resident of Brandywine Hall in West Chester. She enjoyed attending Willowdale Chapel with her daughter. She also attended the Kennett Area Senior Center for several years.

Survivors include one daughter, Wendy Greer of Kennett Square; one sister, Lorrayne Orr of Stillwater Minn.; three grandchildren, David Greer and his wife Alyssa, Chris Anderson and his wife Joanne, and Meghan Hoover and her husband Devin; and a great-grandson, Brighton.     She was predeceased by a brother, Wesley Nelson; and her daughter, Vonnie Anderson.

Services and interment will be held at the convenience of the family.     To share a memory with the family, visit www.griecocares.com.

Anastasia “Tippie” D. Jasienski, 86, of New Garden, passed away on Friday, June 13 at Neighborhood Hospice in West Chester.  She was the wife of Joseph  Jasienski, who passed away  in 1994, and with whom she shared 40 years of marriage.

Born in Philadelphia, she was the daughter of the late Dennis and Josephine Hearne O’Connor.

Tippie was a wonderful baker, making her family and friends pumpkin rolls at Thanksgiving, special boxes of cookies at Christmas and cream pies for Easter.

She was an avid animal lover. There was always a Chihuahua named “Tiny” at her side. Barbaro’s picture was  hung in a special place.

She is survived by her caregiver, Nurse Eileen, along with several nieces and nephews and their families.

Services were held on June 17 at St. Gabriel of the Sorrowful Mother Church. The burial was in St. Patrick’s Cemetery in Kennett Square. 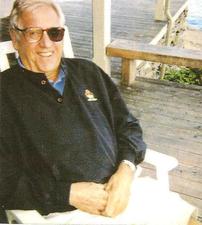 Nathan W. “Nate” Kendig, 93, of Glen Mills, passed away on Friday, June 13 at his home at Maris Grove.  He was the devoted and loving husband of Catherine (Mundy) Kendig, with whom he shared a wonderful 61 years of marriage.

Nate was born in 1921 and raised on his family’s farm in Bainbridge, Pa.  It was there that he began to develop his work ethic, self-discipline and patience, qualities he would one day pass along to his sons, students, athletes and campers.  He graduated from East Donegal High School where he starred in football, basketball and captained the baseball team.  Nate was heavily recruited by legendary coach Glen Killinger for both football and baseball and he enrolled in West Chester State College in 1939 on a full athletic scholarship.  By the time he was a sophomore, he was lettering in football, basketball and baseball.  Already considered a professional baseball prospect, he spent one summer playing minor league baseball in the Cincinnati Reds organization in Watertown, NY.

In late 1941, Nate’s college career was interrupted by World War II and he left West Chester as he enlisted in the U.S. Army and was selected to be in the U.S. Rangers, an elite commando division of the army.  He saw action in North Africa and Italy.  Nate was awarded the Bronze Star and a Purple Heart for his heroic service to our country.

In 1945, Nate re-enrolled in West Chester State College and majored in Social Studies.  Though no longer able to play football, he was able to letter in basketball, baseball and soccer.  In baseball he batted .345 his senior year as a shortstop and remembers striking out three batters on nine pitches in one of his pitching performances.  He was captain of the basketball team and the second leading scorer.  He was also elected president of his senior class.  Voted the most courageous athlete prior to graduation in 1947, Nate was elected to the West Chester University Athletic Hall of Fame in 1993.  In 2011, Nate was inducted in to the Chester County Sports Hall of Fame.

Though Nate retired from coaching in 1968, he continued to work with young athletes as athletic director of Kennett High School, and subsequently vice principal, until his retirement from teaching in 1983.

In 1945, Nate joined the staff at Camp Kennebec in Belgrade, Maine as a riding counselor.  He also worked as the Head of the Commissary and was appointed head counselor from 1978 to 1987.  Nate’s career at Camp Kennebec lasted over four decades where he worked to help young men grow and develop for later life.  Many of his campers stayed in close contact with "Uncle Nate" through the years.  In 2007, The Kennebec Campership Fund was created as a special honor for “Uncle Nate” in which money is raised to help send under-privileged children to camps throughout New England.

In addition to his wife, Nate is survived by his sons Kevin (married to Veronica) of Sarasota, Fla., Terrance ( married to Anna Marie) of Newark, Delaware and David (married to Deborah) of Ivyland, Pa. and two adored grandchildren David Jr. and Devon, along with several nephews and nieces to cherish his memory.  He was preceded in death by his parents Nathan S. and Annie (Walters) Kendig, his sister Laura (Kendig) Myers, brother-in-law Benjamin Myers, sisters-in-law Margaret (Mundy) Chrzanowski and Mary Mundy, and brothers-in-law Dr. John Chrzanowski and Pete Mundy.

Those who knew Nate are invited to visit with the family and friends from 9 a.m. to 11 a.m. on Friday, June 20 at St. Michael Lutheran Church, 109 East Doe Run Road & Route 82, Unionville, PA 19375.  His funeral service will follow at 11 a.m.  Internment will be St. Patrick’s Cemetery, North Union Street, Kennett Square.

The family would like to extend their appreciation to the ICU nurses and doctors at Riddle Hospital, and the many staff members at Maris Grove Rose Court.

Arrangements made by the Kuzo & Grieco Funeral Home, Kennett Square.

Born in Ridley Park, he was the beloved son of Richard F., Sr. and Rita Vivanco Marra of Nottingham.

He was a 1983 graduate of Oxford Area High School and was currently employed by East Coast Underground, Inc. in Hurlock, Md.

For more than thirty years Ricky was a member of Sacred Heart Church, Oxford, where he served as a member of the Parish Action Council for two terms, as a Neighborhood Pastoral Minister in West Nottingham Township, and as an assistant CCD teacher.  He also played on the church softball team.  Most recently he attended Central Worship Center in Laurel, Del.

He was an avid bass fisherman and hunter.

In addition to his parents, he is survived by two sons, John Emmett Marra of Cochranville and Matthew Ryan Marra of Nottingham; one sister, Deborah Rumbold, and her husband, John, of Thornton; and several aunts, uncles, and cousins.

In lieu of flowers, donations in his memory may be made to Delmarva Teen Challenge, PO Box 1271, Seaford, Del. 19973. 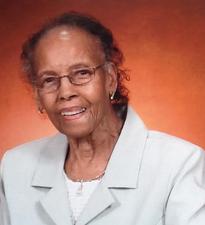 In Pauline’s earlier years she worked in food service. In the early 1960s, Garlin and Pauline purchased a sandwich shop located in Lincoln University which serviced the Lincoln University students and the local area residents.  After selling the business, Pauline began working at Lincoln University in the book store. She became the manager of the bookstore until she retired in 1982.  Pauline loved working with numbers and keeping good records. Pauline was a faithful member for more than 75 years at Second Presbyterian Church, Oxford, and she served as its treasurer for more than 20 years.

Pauline is survived by two sisters, Dorothea Christie, of Oxford and Helen Thompson, of Northeast, Md.,  a  devoted niece who she loved as her very own,  Monterz Smith, of Temple Hills, Md., one sister-in-law Viola English, Washington, DC, two special nieces Sheila Bowers, Newark, Del. and Linda Boddy, Wilmington, Del., and a host of nieces, nephews, cousins and the Second Presbyterian Church family.

Services of celebration will take place at 11 a.m. on Wednesday, June 18, at Oxford Presbyterian Church, 6 Pine Street, in Oxford. A viewing will be held from 9 a.m. to 10:45 a.m., with the services to follow.  Interment will be in the Oxford Cemetery. 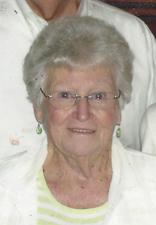 Helen Alberta Greer, 95, of Oxford passed away Friday, June 13 at her home.

She was the wife of the late Ellis E. Greer.

Born in Upper Darby, she was the daughter of the late Martha Cain.

She was preceded in death by a granddaughter, Lorrie Ann Duncan.