Lonnie Jean Wilson Stanley, 62, of Kennett Square, died on May 25 after a heroic five-year battle with cancer.

She was the wife of Robert S. Stanley, with whom she shared 41 years of marriage. Born in Wilmington, Del., she was the daughter of the late James and Jennie Van Hal Wilson. She was a member of the class of 1970 at Kennett High School. She went on to graduate cum laude in 1974, with a BS degree in health and physical education from Penn State University, where she was a member of the first women’s track team. She spent three years teaching health and physical education at special-needs schools in Delaware, where she started the New Castle County chapter of the Special Olympics. She later taught kindergarten for 10 years at London Grove Friends School. She continued her love for helping people with special needs as a program manager at RLO, a residential placement service for handicapped adults.

In recent years, she enjoyed being with (and shopping for) her six grandchildren, and traveling with her husband and kids.

Survivors include two daughters, Jocelyn Grazela, MD, and her husband Matthew of Kennett Square, and Megan Gardea and her husband Jonathan of Downingtown; one son, Brian Stanley of Breckenridge, Colo.; two brothers, Thomas R. Wilson, Esq., and his wife Sally of West Chester, and Robert C. Wilson and his wife Diane of Kennett Square; six grandchildren, Bradley, Lily, Zachary, Abigail, Jude, and Sloane; and many nieces and nephews.

A memorial service was held on May 30. Interment was in Union Hill Cemetery. Contributions in her memory may be made to Multiple Myeloma Research Foundation MMRF (http://themmrf.org), 383 Main Avenue, 5th Floor, Norwalk, CT 06851. To view her online tribute and to share a memory with her family, visit www.griecocares.com. 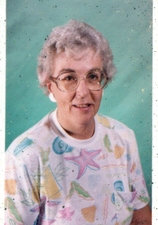 Abby Elizabeth Knauer Harris, 77, of Jenner’s Pond, West Grove, passed away on May 26 at her residence.

She was the wife of William Paul Harris, who passed away in 2004,  and with whom she shared 45 years of marriage. Born in Philadelphia, she was the daughter of the late George and Alwilda Cleveland Knauer. She was a very active member of the First Baptist Church of Kennett Square, and sang in the church choir. She was an elementary school teacher for 10 years with the Avon Grove School District, at the Southeast Secure Treatment Unit (SESTU). She was a substitute teacher for 27 years at the Chester County Intermediate Unit. Between 1970 and 1975, she was the Welcome Wagon hostess for southern Chester County. She served on the board of ARC of Chester County and the advisory committee at the Bancroft NeuroHealth Center in New Jersey, and was chairman of the Fresh Air Fund for Chester County. She loved to travel with her husband and spend time at her second home, the YMCA of Jennersville.

A funeral was held May 31. Burial was in Union Hill Cemetery in Kennett Square. In memory of Abby, a contribution may be made to the Bancroft Development Office, 800 North Kings Highway, Suite 305, Cherry Hill, NJ 08034; or to the First Baptist Church of Kennett Square, 415 West State Street, Kennett Square, PA 19348. Online condolences may be made by visiting www.griecocares.com.

Gladys E. Taylor, 93, of West Grove, died on May 26 at the Christiana Hospital.

She was the wife of the late David K. Taylor, Jr., with whom she shared 53 years of marriage. Born in Waynesboro, Pa., she was a daughter of the late Earl and Helen Staley Raby. She was a longtime member of the Ephrata First United Methodist Church. She loved puzzles, her half-hour game shows, and surfing the internet every day until just one day before her passing. She was a people person who was loved by all. She and her husband operated an income tax business in addition to their daily work. She loved spending time with and babysitting her grandchildren and great-grandchildren.

A visitation with the family will be held from 10 to 11 a.m. on June 6 at the Foulk & Grieco Funeral Home (200 Rose Hill Rd., West Grove). Her funeral service to follow at 11 a.m. Interment will be in West Grove Friends Cemetery. Contributions in her memory may be made to Relay For Life - Lancaster Unit, 314 Good Dr., Lancaster, PA 17603 (list “The Shamrockers “ in the memo), or visit www.relayforlife.org. To share a memory with her family, visit www.griecocares.com.

He was the husband of Awilda Quiles Acosta, who passed away in 2001, and with whom he shared 34 years of marriage. Born in Sabana Grande, Puerto Rico, he was the son of the late Enrique Acosta and Gumersinda Vega Acosta. He was a truck driver, and owner of Acosta Auto Transport, and retired in 2008. He enjoyed going to auto auctions, flea markets and car races.

A funeral was held June 3. Online condolences may be made by visiting www.griecocares.com. 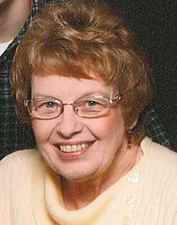 Nancy Lee Page, 74, of Cochranville, died on May 31 at Neighborhood Hospice Inpatient Unit in West Chester after a long, courageous battle with cancer.

She was the wife of Bill Page, with whom she shared 26 years of marriage. Born in Corning, N.Y., she was the daughter of the late John W. and Helena Davidson Thomas. She was a 1958 graduate of Corning Free Academy and managed the daily office operations at Page Excavating Company in Lincoln University. She enjoyed reading, spending time with her grandchildren, and enjoying wildlife at their cabin in Tioga County.

In addition to her husband, she is survived by a daughter, Priscilla Garvin and her husband John of Conowingo, Md.; two stepsons, Timothy Page of Pocono Lake, Pa., and David Page and his wife Maryanne of Cochranville; her brother, John W. Thomas, Jr., and his wife Rosemary of Palm Coast, Fla.; and seven grandchildren. She was preceded in death by a daughter, Pamela Morey, of Coudersport, Pa.

A visitation with family and friends will be held June 6 from 9 to 11 a.m. at the Kuzo & Grieco Funeral Home Inc. (250 W. State St., Kennett Square).  Her funeral service will follow at 11 a.m. Interment will be in Union Hill Cemetery in Kennett Square. In lieu of flowers, contributions in her memory may be made to Neighborhood Hospice, 795 E. Marshall St., Suite 204, West Chester PA 19380; or the American Cancer Society, 1626 Locust St., Philadelphia, PA 19103. Online condolences may be made by visiting www.griecocares.com.

Thomas A. Baily, 66, of Kirkwood, formerly of Oxford and Wyoming, Pa., passed away on May 30 at his home.

He was the husband of Barbara Lutzow Baily, with whom he shared 22 years of marriage. Born in Wilkes-Barre, he was the son of the late Benjamin W. and Ethel Thomas Baily. He graduated from Wyoming Memorial High School, received his Bachelor of Science degree from Bloomsburg University, Master’s Degree in educational technology from West Chester University, and Administrative Certification from the University of Pennsylvania. He was a dedicated, lifelong educator, serving as a teacher and administrator in various school districts including the Oxford Area School District, York County Vo-Tech, Marple Newtown School District, and the Downingtown Area School District. He was an avid photographer and loved Western and Native American cultures. He was interested in all aspects of art. He enjoyed camping and traveled throughout the United States.

He is survived by his wife; one sister, Patricia Jones of Dover, Del.; and numerous nieces and nephews. A memorial service will be held at 3 p.m. on June 8 at Union Presbyterian Church (5637 Street Rd., Kirkwood, Pa.). Relatives and friends may call from 1 to 3 p.m. at the church. Interment will be private. In lieu of flowers, contributions in his memory may be made to Union Presbyterian Church, or Neighborhood Hospice, 400 E. Marshall St., West Chester, PA 19380. On line condolences may be made at www.elcollinsfuneralhome.com.