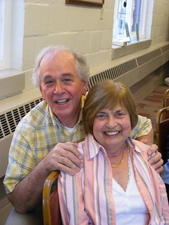 Mary Ann Eberlin, 64, of West Grove, passed away on May 19 at Christiana Hospital in Delaware.

She was the wife of Roger S. Eberlin, Sr., with whom she shared 44 years of marriage. Born in West Grove, she was the daughter of the late Mack and Louise Woodards Walsh. She was a 1967 graduate of Avon Grove High School and the Academy of Hair Design in Wilmington, Del. She was a homemaker and also did medical billing. She enjoyed traveling, reading, gardening, cooking, bird watching, and enjoyed the social life surrounding her husband’s music. She was a gracious host who loved people.

In addition to her husband, she is survived by two sons, Roger S. Eberlin, Jr., and his wife Heather of Sandy Hook, Conn., and David S. Eberlin and his wife Aline of Havertown; one daughter, Elizabeth M. Eberlin and her fiancé Michael Pewterbaugh of West Grove; four brothers, Charles Walsh of Quarryville, Richard Walsh of Windsor, Pa., Buster Walsh of Wakefield, Pa., and Cecil Walsh of North East, Md.; seven grandchildren; and many special nieces and nephews. She was predeceased by two brothers, Robert Walsh and Fred Walsh; and two sisters, Mildred Hood and Rosalie Porter.

A funeral was held May 23. In lieu of flowers, a contribution may be made to the American Heart Association, 1617 JFK Boulevard, Suite 700, Philadelphia, PA 19103. Online condolences may be made by visiting www.griecocares.com.

A memorial service was held May 25. In lieu of flowers, donations in her memory may be sent to Rising Sun Seventh-Day Church, Community Services Center, PO Box 1005, Rising Sun, MD 21911. Online condolences may be made at www.elcollinsfuneralhome.com.

Guy David “Butch” Shradley, 52, most recently of Port Deposit, Md., formerly of Oxford, passed away peacefully at home on May 19.

He is sorely missed by his son, James Bender of Lancaster; daughter, Jessie Shradley of Tampa, Fla.; brother, Richard Lyster, Jr. of West Grove; sister, Lisa Sadik of West Chester; stepfather, Richard Lyster, Sr. of Penns Grove, N.J.; and many aunts, uncles, cousins, niece, nephews and friends. He was preceded in death by his mother, Evelyn; and brother, Terry (“Shorty”).

A celebration of life service was held May 23. Online condolences may be made at www.elcollinsfuneralhome.com.

Helen A. Melrath, 93, of Denton, Md., formerly of Lewisville, Pa., and Newark, Del., passed away on May 21 at Homestead Manor in Denton, Md.

She was the wife of the late Hubert L. Melrath. Born in Wheeling, W. Va., she was the daughter of the late Russell and Lillie Mettler Atchley. She was a member of St. Luke’s United Methodist Church in Denton, Md. She was a former member of several quilt guilds in Oxford and West Chester. She retired as a dental hygienist from Newark Dental Associates.  She was a Girl Scout leader for many years. She and her husband enjoyed traveling in their RV to Oregon Inlet, N.C., and Chincoteague, Va., where they would go fishing.

Funeral services were held May 27. Interment was in Oxford Cemetery. Online condolences may be made at www.elcollinsfuneralhome.com. 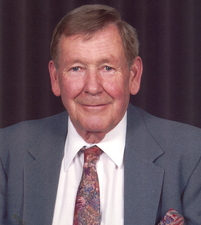 A service was held April 26 in Virginia.

Glenn Allen Keesey, 43 of Landenberg, died on May 22 at his mother’s home in Fairlee, Md.

He was born in 1970 in Leesburg, Fla.  He had lived in Landenberg until his health failed in August. He worked as a truck driver and excavator in home construction. He was passionate about motorcycles, loved drag racing, and was a member of Delaware Enduro Riders and East Coast Enduro Riders Association.

He is survived by his mother and stepfather, Barbara Bullington Frezzo and Guido Frezzo of Fairlee; his father, Ralph Keesey of Avondale; and the love of his life for 23 years, Brenda Owens. 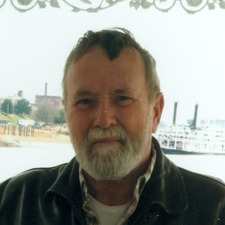 James Charles Pyle, 68, of Nottingham, passed away at his home on May 23, surrounded by love, following a courageous battle with pancreatic cancer.

Born in West Grove in 1946, he was the son of the late Clyde and Mary Hendrickson Pyle. He was a 1965 graduate of Oxford Area High School and was a member of the UAW, working at Chrysler for 36 years until his retirement in 2001. He then pursued his new career as a gentleman farmer on the family farm. He enjoyed woodworking and telling stories, but his greatest joys were his grandchildren.

He is survived by his wife of 47 years, Lois Weaver Pyle; daughter Kimberly Carew and her husband Christopher of Elkton; daughter-in-law Jessica Pyle of Harrisonburg, Va.; four grandchildren, Grant, Keegan and Greyson Carew and Jillian Pyle; a brother, Robert Pyle and his wife Kathy; and sister-in-law Maria Pyle. In addition to his parents, he was preceded in death by his son, Timothy Pyle; and his brother, Clyde Pyle, Jr.

Friends and family are invited to a visitation on May 29 from 6 to 8 p.m. at R.T. Foard Funeral Home (111 S. Queen St., Rising Sun, Md.), and a celebration of his life at The Farm on June 21 at 2 p.m. In lieu of flowers, contributions may be made to the Jillian Pyle Education Fund and mailed to the funeral home. To send condolences, visit www.rtfoard.com. 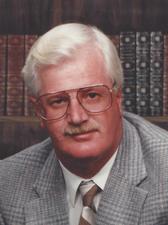 He was the husband of Rhoda French Stephens. Born in Oxford, he was the son of the late Harvey and Marion Bea Stephens. He was an Oxford High School graduate.  He was a retired refinery worker with the Getty Company in Delaware City, Del. He enjoyed crabbing, fishing and hunting.

He is survived by his wife; one son, Richard Stephens of New Castle, Del.; one daughter, Deborah Miller of Newport, Del.; one granddaughter, Samantha; two sisters, Pat Elicer of Oxford, and Crissa Lehenky of Parkesburg.

Funeral services were held May 30. Interment was in Oxford Cemetery. Online condolences may be made at www.elcollinsfuneralhome.com.