She was the wife of William R. Skillen, Jr., who passed away in 1982, and with whom she shared 48 years of marriage. Born in Pittsburgh, she was the daughter of the late William and Susannah Wightman Stevenson. She was a homemaker and enjoyed music, flowers, and conversation with friends. She was a member of the Brethren in Christ Church at Messiah Village. 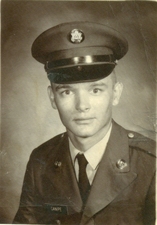 Duane Allen Canipe, 64, of Landenberg, passed away on May 11.

He was the son of the late Allen J. and Katie Elaine Edwards Canipe. He was a self-employed painter who took great pride in his profession and his work. He proudly served his country in the U.S. Army, as a MP, in Vietnam. He was awarded several commendations for his bravery and leadership. He was a member of the Kennett Square VFW, American Legion and the Italian American Club. He was an avid reader and an excellent pool player who enjoyed being with his family and friends. He was loved by everyone and will be greatly missed.

A funeral was held May 15. In memory of Duane, a contribution may be made to the Wounded Warrior Project, P.O. Box 758517, Topeka, Kansas 66675. Online condolences may be made by visiting www.grieoccares.com. 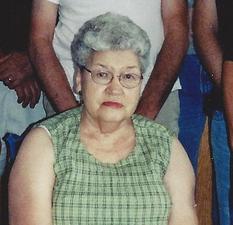 Mabel C. Hunter, 88, of Lancaster, formerly of Oxford, passed away on May 12 at Manor Care in Lancaster.

She was the wife of the late Paul Brown Hunter. Born in Virginia, she was the daughter of the late Everett and Myrtle Bare Shuler. She was a longtime resident of Oxford and attended the First Baptist Church, and the Church of the Nazarene, in Oxford.

She is survived by two daughters, Deborah Jones of Oxford, and Barbara Jennings of Peach Bottom; three grandchildren, Mark Jones and Leah Hunter of Oxford, and Lindsay Bass of Elizabethtown; two great-grandchildren, Brycesen Diaz of Oxford and Avayah Huber of Elizabethtown; and two brothers, Clarence Shuler and Robert Shuler. She was preceded in death by a daughter, Patricia Bass; son-in-law, Robert Jennings; and brother, Kyle Shuler.

Mary Lou Moran, 84, of Kennett Square, passed away on May 12 at her residence.

She was the wife of F. Patrick Moran, with whom she shared 64 years of marriage. Born in Hamorton, Pa., she was the daughter of the late Charles and Georgia Bowersox Myers. She was self employed, and  had a chair caning business. She was a member of St. Patrick’s Church, the Kennett Area Senior Center and the YMCA. She enjoyed knitting, reading, was an avid Phillies fan, and enjoyed being with her family and friends.

In addition to her husband, she is survived by two sons, Charles P. Moran and his fiancée Giovanna, and George Moran and his wife Mary Alice of Wilmington, Del.; one daughter, Mary Anne Moran of Kennett Square; one brother, Joseph and his wife Miriam of Hamorton, Pa.; two sisters, Elizabeth Bogel of Kennett Square, and Shirley Corkell of Denton, Md.; four grandchildren; and one great-grandchild.

Her Mass of Christian Burial was held May 19. Burial was in St. Patrick’s Cemetery in Kennett Square. In lieu of flowers, a contribution may be made to Neighborhood Hospice,  795 E. Marshall Street, Suite 204, West Chester, PA 19380. Online condolences may be made by visiting www.griecocares.com. 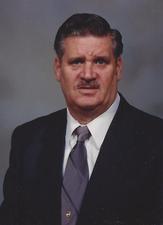 John “Jack” R. Powers, 81, of Oxford, formerly of Colwyn, Pa., passed away on May 11 at Jennersville Regional Hospital in West Grove.

He was the husband of Doris Chadwick Powers, with whom he shared 55 years of marriage. Born in Philadelphia, he was the son of the late Walter V. and Louisa Nolte Powers. He was employed with Philadelphia Gas Works and retired in 1989 after 30 years of service. He was a veteran of the U.S. Marine Corps and served in the Korean War.

Funeral services were held May 17. In lieu of flowers, donations in his memory may be made to Community of Love Church, 117 Fourth St., Oxford , PA, 19363; or Union Fire Company, Ambulance Division, 315 Market St., Oxford, PA 19363. Visit www.elcollinsfuneralhome.com.

Dorothy M. “Dot” Deel, 66, of Oxford, formerly of Baltimore, Md., passed away on May 15 at Ware Presbyterian Village in Oxford.

She was married to Ellis Wayne Deel. Born in Baltimore, Md., in 1947, she was the daughter of the late William Frank and Marie Dorothy Rosewag Ashburn. She was a loving mother and a beloved grandmother.

Funeral services will be held at 2 p.m. on May 22 at the Oxford Presbyterian Church (6 Pine St., Oxford), where friends may visit from 1:30 to 2 p.m. Friends may also visit Wednesday from 6 to 8 p.m. at the Edward L. Collins, Jr. Funeral Home, Inc. (86 Pine St., Oxford). In lieu of flowers, donations may be made to the Edward L. Collins, Jr. Funeral Home to help with funeral expenses. Online condolences may be made at www.elcollinsfuneralhome.com.

Samuel M. Barnard, 97, of Kennett Square, died on May 16 at Jennersville Regional Hospital in West Grove.

He was the husband of the late Marjorie Wickersham Webb Barnard, with whom he shared 23 years of marriage, and the late Doris Fleu Taylor Barnard, with whom he shared 34 years of marriage. Born in Unionville, he was the son of the late Charles Percy Barnard and the late Jane (Wickersham) Barnard. A lifelong resident of the Unionville community, he graduated from Unionville High School in 1934, attended The George School from 1935 tp 1936, and graduated from Penn State University in 1938 with a B.S. in floriculture. A birthright Quaker, he was a lifelong member of Marlborough Monthly Meeting. Deeply appreciative of his Quaker roots and family history, blessed with great memories, he could tell fascinating, authentic stories about family and community members which gave life and breath to past generations.

He was an owner and operator of the family business, Barnard’s Orchards and Greenhouses. He was a wholesale grower of carnations, snapdragons and freesia. He “went to work” at his business every day until three months before his death. He was a founding member of Po-Mar-Lin Fire Company. He was a Granger for over 75 years, a member of  East Lynn Grange 1263, and served for many years as its treasurer. He was a volunteer for the Unionville Cemetery Association for over 50 years, serving as treasurer and in other capacities. He was a 59-year member of  Kennett Masonic Lodge 475, where for many years he cooked sausages for the semi-annual pancake breakfast. He was a Civil War buff, antique and Indy race car aficionado, avid gardener and handyman. He enjoyed eating, either at home or dining out, and sharing life’s celebratory moments with family and friends.

Visitation with family and friends will be held from 11 a.m. to noon on May 21 at Marlborough Friends Meeting (361 Marlboro Rd., Kennett Square). A memorial meeting for worship will follow at noon.  Interment will be held privately before the service in Unionville Cemetery. Contributions in Sam’s memory may be made to either Marlborough Friends Meeting (c/o Deborah Stamm), 4 Owenswood Drive Lincoln University PA 19352; or Po-Mar-Lin Fire Company, (PO Box 36, Unionville, PA 19375.  To share a memory with Sam’s family, visit www.griecocares.com.

John “Jack” E. Stoneback, 76, peacefully passed away on May 15 at Jennersville Regional Hospital in Jennersville,  surrounded by his family.

Born in 1937 in Honey Brook, he was the son of the late Clarence and  Marguerite Maloney Stoneback. He was a truck driver in the construction field throughout his lifetime. He enjoyed living in the mountains and moved back to Chester County in 2009, where he then lived and was cared for by Catherine, Tiffany, and Ernie Antes. He enjoyed hunting, fishing, and gardening. He was an avid bird watcher and spent many warm, sunny afternoons sitting on the porch, watching the hummingbirds. Most of all, Jack enjoyed spending time with his family, and his smile would light up the room upon seeing his great-grandchildren.

He is survived by four stepdaughters, Patty Kelly of Phoenixville, and Catherine Antes, Debbie Johnston and Linda DaBundo, all of Landenberg. He is also survived by nine grandchildren and five great-grandchildren; and is survived by his former wife, Shirley Stoneback of Oxford. He was predeceased by one brother and one sister. He also leaves behind three brotherly lifelong friends, James and Charles Crossan, and David Crossan (deceased), with whom he spent the majority of his early years.

A visitation with family and friends will be held from 6 to 7 p.m. on May 22 at the Foulk & Grieco Funeral Home (200 Rose Hill Rd., West Grove).  A memorial service will follow at 7 p.m. Burial will be private. Online condolences may be made by visiting www.griecocares.com.

Irene "Renee" Matonti, 74, of Peach Bottom, passed away on May 17 at the Lancaster General Hospital.

She was the wife of Joseph M. Matonti, Jr., with whom she shared 57 years of marriage. Born in Philadelphia, she was the daughter of the late Joseph Sandy and the late Irene Turner Sandy. She was a homemaker. She enjoyed the beach, music, dancing, horse racing and bingo. She was an avid bowler, and loved playing cards and the penny slot machines, but most of all loved being with her family and friends. She was a member of the Assumption BVM Church in West Grove, where she served as an usher. She had previously volunteered as a cook for the convent.

In addition to her husband, she is survived by two sons, Joseph M. Matonti III and his wife Deborah of Coatesville, and Derek M. Matonti and his wife Lisa of West Chester;  two daughters, Irene “Kookie” Shoffner and her husband Stephen of Downingtown, and Roxanne Creshine and her husband Douglas of Essington; three brothers, Joseph Sandy of Upper Darby,  Donald Sandy of Ridley Park, and Robert Sandy of Upland; four sisters, Delores Kulikausky of Glenolden, Jeanne Sandy of Philadelphia, Eileen Carey of Sacramento, Calif., and Laura Ralston of New Jersey; 13 grandchildren; and 11 great-grandchildren. She was predeceased by one son, Brian Matonti.

A visitation with family and friends will be held from 9 to 9:45 a.m. on May 22 at the Assumption BVM Church (300 State Rd., West Grove).  Her Mass of Christian Burial will follow at 11 a.m. Burial will be in Sts. Peter and Paul Cemetery in Springfield, Pa. In memory of Renee, a contribution may be made to The Chester County SPCA , 1212 Phoenixville Pike, West Chester, PA 19380. Online condolences may be made by visiting www.griecocares.com.