Born in 1922 in Portland, Ore., she was the daughter of the late Edith Marian (Short) Griffith and David Griffith (born Joseph Zib).
She is survived by her husband of 44 years, Thomas James Swoboda of West Grove; daughter Rebecca Sue (Knight) Coalson and her husband William of St. Louis, Mo.; stepson Philip Swoboda and his wife Rita Ferrone of Mt. Vernon, N.Y.; and grandchildren Jennifer Knight (Coalson) Husky and her husband Matthew, and Timothy Scott Coalson, all of St. Louis, Mo.

Edith enjoyed gardening and was active in Wilmington's Leaf and Petal Garden Club until recently. As a scientist and an avid fisherman, Edith served on Delaware's commission to study environmental influences in the Chesapeake Bay watershed. She also served the League of Women Voters, both in Chester County and in Wilmington, Del. A charter member of the Skating Club of Wilmington, Edith passed the pregold level ice dance, the Blues, with flying colors at age 69. She was also an accomplished ballroom dancer. We will all miss her warm, welcoming smile and unbridled enthusiasm.

A late June memorial service is planned. Online condolences may be made by visiting www.griecocares.com.

He was the husband of Karen Klinedinst Markey, with whom he shared 49 years of marriage. He is survived by a daughter, Jessica Markey Wilson and her husband Joseph, of Coatesville.

Born in York, Pa., Barry was the son of Wilfred F. and Agnes Huson Markey.  He was a U.S. Air Force Veteran, serving in the Vietnam era. He owned and operated Marko, a business forms brokerage firm. A longtime member of St. Michael Lutheran Church in  Unionville, he spent several terms on the church council and as church treasurer. He served on the board of the Chester County Chapter of the West Chester University Alumni Association (CCCWCUAA), serving as its treasurer and on the scholarship committee. He was an avid hunter, fisherman, and golfer, belonging many years to the Railroad Rod and Gun Club, Cross Forks, Pa.  In lieu of flowers, contributions may be made to one of the following: Hospice Unit of CVAMC, check payable to “Department of Veterans Affairs” (Memo: Barry Markey and hospice), mail to CVAMC Voluntary Services, 1400 Blackhorse Hill Road, Coatesville, PA 19320; or Scholarship Fund of CCCWCUAA, check payable to "WCU Foundation" (Memo:  In Memory of Barry Markey, CCC Scholarship Fund), mail to PO Box 541, West Chester, PA 19381.

A visitation with family and friends will be held from 10 to 11 a.m. on May 31 at St. Michael Lutheran Church (109 E. Doe Run Rd., Unionville).  A celebration of his life and interment will follow at 11 a.m.  To share a memory with the family, visit www.griecocares.com. 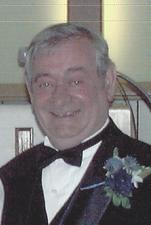 Lawrence “Mac” Taylor McConnell, 71, of Nottingham, passed away on April 16 at Christiana Hospital in Newark, Del.

He was the husband of Catherine Pennypacker McConnell. Born in Oxford, he was the son of the late Lawrence R. and Maude Taylor McConnell. He was retired from the General Motors Boxwood Plant in Wilmington, Del. He was a veteran of the U.S. Air Force, serving eight years during the Vietnam War. He helped orphaned and injured children when he served in Vietnam. He was a member of the American Legion Mason-Dixon Post 194, Rising Sun, Md., and Lighthouse Community Church in Brockway, Pa. He enjoyed woodworking and making furniture for his family. In his younger life he was a professional photographer.

Funeral services were held April 22. Interment was in Faggs Manor Cemetery in Cochranville. In lieu of flowers, donations in his memory may be made to the Salvation Army, 669 E. Lincoln Highway, Coatesville, PA 19320. Online condolences may be made at www.elcollinsfuneralhome.com.

She was the wife of Carroll S. Miller, with who she celebrated 63 years of marriage on Jan. 17 of this year. She was born in Oxford, Pa., daughter of the late Delbert Allen and Fannie Fagan. She graduated from the Oxford Area High School. She was a member of Mariner’s Bethel United Methodist Church. She was retired from the U.S. Postal Service, working at the Cochranville Post Office, and was also a hairdresser. She enjoyed spending time with her family, especially her grandchildren,  reading her Bible, and doing word search and crossword puzzles.

A funeral service will take place at the Shivery Funeral Home (111 Elizabeth St., Christiana, Pa.) on April 27 at 3 p.m. Interment will be in the Cochranville Methodist Cemetery. Friends may call at  the funeral home on Sunday from 1 p.m until time of service. In lieu of flowers, contributions may be made to the American Cancer Society, mail to Brenda Shelton, PO Box 100, Cochranville, PA. 19330. 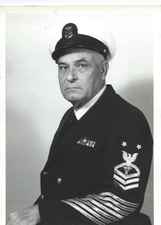 Spencer B. Kennedy Jr., 90, formerly of Landenberg, passed away peacefully at home on April 18, surrounded by his beloved wife and family.

Spencer spent his life dedicated to his family and the Navy. He served during World War II, the Korean War and the Vietnam War. He retired as a Master Chief with nearly 40 years of service and was known as "Chief" to his men. As recently as a few years ago, he had men who had served with him tell him what a tremendous positive difference he had made in their military careers.

He was an active member in the community, volunteering as a coach for boys Little League and a strong leader for the Boy Scouts of America for many years. He was a lifetime member of the Masonic Lodge No. 56 of Portsmouth, Va., and a member of the Eastern Star Lodge No. 78 of Port Deposit, Md. He was an avid gardener, growing huge gardens well into his 80s. He enjoyed supplying his entire family with fresh fruits and vegetables from spring until fall.  He loved spending time with his family and enjoyed being near the water.  He enjoyed his camping trips with his brothers, son Skip, and nephew Jeff.

To his daughters he is a true hero. He made sure they knew they could accomplish anything they set out to do. Even though there are many, Spencer developed a special relationship with each and every one of his grandchildren.

A visitation with family and friends will be held from 10:30 a.m. to 12:30 p.m. on April 24 at the Kemblesville United Methodist Church (Route 896 and Peacedale Road, Kemblesville). His funeral service will follow at 12:30. Burial will be in the adjoining church cemetery. In his memory, a contribution can be made to the Wounded Warrior Project, PO Box 758517, Topeka, KS 66675. Online condolences may be made by visiting www.griecocares.com.