Helen M. Owens,  74, of West Grove, passed away on April 5 at the Chester County Hospital.

She was the wife of Dr. Thomas F. Owens, who passed away in 2011, and with whom she shared 44 years of marriage. Born in Wallington, N.J., she was the daughter of the late John and Anna Maxincak Scerbak. She was a retired registered nurse. She enjoyed gourmet cooking and appreciated good music.

She is survived by one sister, Anne M. Scerbak of Cape Cod, Mass.; and nieces and nephews.

A funeral was held April 10. Burial was in Edgewood Memorial Park. In her memory, a contribution may be made to St. Matthews Lutheran Church, 400 Lynbrooke Road, Springfield, PA 19064; or to the Jenner’s Pond Benevolent Fund, 2000 Greenbriar Lane, West Grove, PA 19390. To leave an online condolence, visit www.griecocares.com. 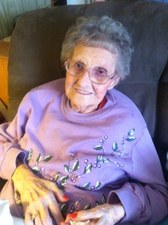 Emma G. McFann, 92, of Nottingham died on April 7 at her residence, surrounded by her family.

She was the beloved wife of Donald J. McFann, Sr., who passed away in 2007, and with whom she shared 55 years of marriage. Born in Modena, she was the daughter of the late Fillmore and Lillian Pugh. She was employed as a store manager with the A&P for more than 40 years.Afterward, she worked in the dietary department at Ware Presbyterian Nursing Home for eight years. She was a member of the Nottingham Presbyterian Church, Ocklokonee Council No. 212, the Auxiliary of the Union Fire Company No 1 in Oxford, and the Fraternal Order of Eagles in Oxford.

Funeral services were held April 10. Interment was in Fremont Cemetery in Nottingham. In lieu of flowers, contributions to the Ruffenach Family Funeral Home (224 Penn Ave., Oxford, PA 19363) to help defray funeral costs would be greatly appreciated. Online condolences may be sent to www.ruffenachfuneralhome.com. 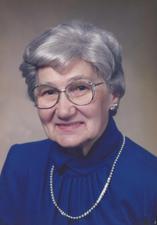 She was the wife of the late John S. Kopec. Born in Wilkes-Barre, Pa., she was the daughter of the late John and Elizabeth Ligda Filicko. She was a member of The Church of the Sacred Heart in Oxford. She was a former member of St. Matthew’s Roman Catholic Church in Wilmington, Del., where she volunteered at the school library. She enjoyed doing crossword and jigsaw puzzles, and singing with Jenner’s Pond Choral Group. She organized and led a prayer group in praying the rosary at Jenner’s Pond each Monday night.

She is survived by her three sons, Daniel Kopec and his wife Pamela of Baton Rouge, La., Joseph Kopec and his wife Brynne of Marlton, N.J., and Michael Kopec and his wife Cheryl of Landenberg; one daughter, Jeanne Laucks and her husband Samuel of Dallastown, Pa.; 11 grandchildren; two great-grandchildren; one brother, John Filicko of Glen Mills, Pa.; and two sisters, Ann Cocciardi of Mechanicsburg, and Sister Dolores Filicko of Scranton. She was preceded in death by a son, Raymond Kopec; two daughters, Maryann Young and Theresa Kopec; and one sister, Mary Troy.

A Mass of Christian Burial was celebrated on April 12. Interment was in All Saints Cemetery in Wilmington, Del. In lieu of flowers, donations in her memory may be made to the Juvenile Diabetes Research Foundation, 26 Broadway 14th Floor, New York, NY 10004; or Jenner’s Pond Benevolent Fund, 2000 Greenbriar Lane, West Grove, PA 19390. Online condolences may be made at www.elcollinsfuneralhome.com. 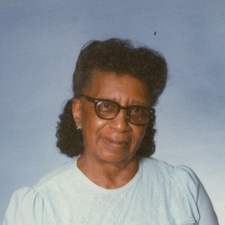 Bertha Jane Butcher, 93, of West Grove, passed away on April 8 at the Neighborhood Hospice in West Chester.

Born in Unionville, she was the daughter of the late George F. and Bertha Ricks Butcher. She worked as an assembler at Lasko Metals in West Chester, retiring in 1986 after 35 years of service. She was a member of the Galilee UAME Church in Avondale. She enjoyed playing cards, traveling, telling stories and shopping.

A funeral was held April 15.  Burial was in Union Hill Cemetery in Kennett Square. In memory of Bertha, a contribution may be made to the American Cancer Society, 1626 Locust Street, Philadelphia, PA 19103. Online condolences may be made by visiting www.griecocares.com. 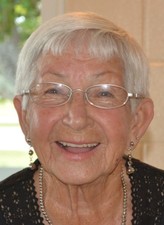 Margarita "Margo" Martin, 85, died peacefully at home, under the loving care of her family, on April 10.

She was an X-ray technician for over 60 years at Jennersville Regional Hospital in West Grove, and Holmes Regional Hospital in Melbourne, Fla. She was predeceased by her husband, William H. Martin, in 2001. Her family includes her son, William H. Martin, Jr., and his wife Zona of Tulsa, Okla.; daughter, Lee Brittingham and her husband Jerry of Daytona Beach, Fla.; son, Ricardo Martin and his wife Lynne of Rockledge, Fla.; seven grandchildren; and seven great-grandchildren. A celebration of her life was held April 15 in Florida. The family guestbook can be signed at www.afcfcare.com.

Joe E. Houston, 74, of Oxford, passed away on April 9 at the Lancaster General Hospital with his family by his side.

Born in Allen Junction, W.Va., he was the son of the late Tom and Ethel Hamby Houston. He was the beloved husband of Louise Davis Houston, with whom he celebrated 52 years of marriage.

He was a steel worker employed by Lukens Steel in Coatesville, where he worked for 36 and a half years before he retired in 1996. He was a member of the Safe Harbor Baptist Church in Cochranville, where he also served as a deacon. He also had his own saw-sharpening buisness for about 31 years, which he enjoyed very much. He loved his kids and grandkids. He was a practical joker and liked to watch the Philadelphia Phillies. His wife Louise and he did everything together. He graduated from Mullins High School in Mullins, W.Va., in 1958.

Relatives and friends are invited to call on April 16 at the Nottingham Missionary Baptist Church on Route 272 Nottingham, from 10 to 11 a.m., followed by his funeral service at 11 a.m. Interment will be in the Calvary Baptist Cemetery in Rising Sun, Md. Online condolences can be made at www.ruffenachfuneralhome.com.

Mark D. Finn, 59, of Kennett Square, passed away  on April 10 at the Neighborhood Hospice in West Chester.

He was the husband of Linda DiLuzio Finn, with whom he shared 20 years of marriage. Born in Wilmington, Del., he was the son of George and Anne Arnold Finn of Lewes, Del. He was the vice president at McGee Industries in Aston, Pa., where  he worked for  over 30 years. He was a member of St. Patrick’s Church in Kennett Square, and the Kennett Square Country Club. He was an avid golfer, enjoyed reading, traveling, and being with his family and friends.

In addition to his wife and parents, he is survived by two sons, Shawn D. Finn and Ryan M. Heffner, both of Kennett Square; two daughters, Christine E. Finn and her husband Nathan L. Olewine of Lexington, Va., and Kayli A. Finn of Kennett Square; one brother, Thomas Finn of Chadds Ford; two sisters, Patricia Finn-Smith of Kennett Square, and Mary Jo Keefe of Centreville, Md.; and many nieces and a nephew.

In memory of Mark, a contribution may  be made to the American Lung Association, 527 Plymouth Road, Suite 415, Plymouth Meeting, PA 19462. Online condolences may be made by visiting www.griecocares.com.

Angelo C. Piccolomini, 85, of Avondale, passed away on April 11 at Seasons Hospice in Newark, Del.

He was the husband of Frances  (Rozsa) Piccolomini. Born in Mingo Junction, Ohio, he was the son of the late Constantino and Josephine (Montani) Vargo. After graduating from Mingo High School in 1946, he joined the A&P grocery chain in Steubenville. He was drafted in 1950, served in the U.S. Army and was a veteran of the Korean War, rising to the rank of sergeant. Upon being honorably discharged, he rejoined the A&P grocery store, where he met the love of his life, his wife Frances. They were married in 1953. In 1967, he joined the construction company Bechtel Corporation as a procurement manager. He enjoyed a long and exciting 22-year career with Bechtel, working on numerous large construction projects and living in many different locations. During retirement, he and Frances moved to Avondale.

He was a member of the VFW and American Legion. He enjoyed stamp collecting and playing double pinochle.

Services were private. In lieu of flowers, donations in his memory may be made to Seasons Hospice & Palliative Care, 220 Continental Drive, suite 101, Newark, DE 19713.

Elmer F. Campbell, Sr., 84, of Wilmington, Del., passed away on April 12 at the Wilmington Hospital.

Born in Galax, Va., he was the son of the late Oscar and Ethel Stewart Campbell. He was an auto mechanic at the Hockessin Exxon. He also worked part-time as a TV repairman. He enjoyed bird watching and riding his Honda Gold Wing. He served his country in the U.S. Army as a sergeant during the Korean Conflict.

Services and burial were private. Online condolences may be made by visiting www.griecocares.com.