Born in Chester, Pa., he was a son of the late Philip and the late Margaret (Killen) Walker. He was a 1949 graduate of Chester High School and attended Penn State University, where he studied engineering. He was a manufacturer’s representative in the pleasure boat industry, most recently working for Anchor Boats in North East, Md. He enjoyed reading, discussing politics, and he especially enjoyed playing board games with his grandchildren.

Survivors include one daughter, Wendy A. Mazur and her husband John of Kennett Square; his grandchildren, Elliott Mazur and Mikayla Mazur, both of Kennett Square; his sister-in-law, Nora Walker of Perryville, Md.; and many nieces and nephews. He was predeceased by a son, William R. Walker, Jr., in 2009, and his sister, Margaret Ann Greenwalt, and brother Thomas Walker.

A funeral was held March 29. Contributions in his memory may be made to Delaware Hospice, 16 Polly Drummond Center, Newark, DE 19711.  To view his online tribute and to share a memory with his family, visit www.griecocares.com.

Joanne Stern Skemer, 83, of Unionville, on March 24 at the Jenner's Pond Retirement community in West Grove.

She was the wife of Robert Skemer, with whom she shared 64 years of marriage. Born in Yonkers, N.Y., she was a daughter of the late Louis and the late Frances (Eisnitz) Stern. She graduated from Hunter College with a BA in education and attended NYU. She was an elementary school teacher in the Yonkers public school system, teaching remedial reading to underprivileged children for most of her career. She and her husband enjoyed traveling internationally and domestically. She was an accomplished artist. She collected art and displayed her own work in studios. She loved “retail therapy,” was a wonderful wife and mother, and worked hard throughout her life.  In 1999, she and her husband moved to Pennsylvania to be with their family.

A private graveside service will be held in the spring. Contributions in Joanne’s memory may be made to the Alzheimer's Association, 399 Market St., Suite 102, Philadelphia, PA 19106; or to Jenner’s Pond Benevolent Fund, 2000 Greenbriar Lane, West Grove, PA 19390.  To share a memory with the family, visit www.griecocares.com.

Dorothy E. Shirtz, 85, of Oxford, formerly of Delaware County, passed away on March 24 at Jennersville Regional Hospital in West Grove.

Born in Drexel Hill, she was the daughter of the late Frank, Sr., and Vera Durler Shirtz. After receiving her bachelor's degree at Ursinus College, Dorothy earned her master’s from Villanova University in library science and education. She was a teacher for the Upper Darby School District before moving to Oxford. She was a member of Sacred Heart Church in Oxford, Young at Heart, Bible Study, and Aid for Friends. She was a founding member of ACE Anti-Human Trafficking Alliance of Oxford, and a friend of the School Sisters of Notre Dame. She enjoyed traveling the world, cooking, reading and puzzles.

She is survived by one sister-in-law, Ann Shirtz of Louisville, Ky.; nieces and nephews; close friends, Bob and Deborah Bradley from Oxford; and their daughters, Sarah Ruggirello of West Chester, and Karen Bradley of Oxford.

Online condolences may be made at elcollinsfuneralhome.com. 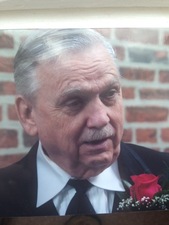 Born in Kennett Square, he was the son of the late Joseph and Ethel Pierson McDonough. He was the husband of the late Joan Mary Weibell. He grew up in Kennett Square, before he moved to Oxford. He worked in retail sales. He was a veteran, proudly serving his country in the Korean War in the United States Army. He was a member of the Rising Sun American Legion Post and enjoyed spending time there with his fellow comrades. He belonged to Sacred Heart Church of Oxford. He liked to bowl and play cards at EOA. He also was a bartender for many years for Frank's Steak House in Oxford. He was also a Mason in the Oxford Lodge. He lived the last years of his life at Ware Presbyterian Village in Oxford. He was a great friend to all who knew him and he will be missed dearly.

In lieu of flowers, donations in Ed's memory can be made to the Wounded Warrior Project, 4899 Befort Road, Suite 300, Jacksonville, FL 32256. Online condolences may be made at www.ruffenachfuneralhome.com.

She was born in 1923 in Gap, Pa., a daughter of Truman K. and Ruth E. Sweigart. She graduated from Coatesville High School and Southern Seminary, Buena Vista Va., majoring in psychology.  In 1952, she married Carl E. Buffington, who preceded her in death.  Before marriage, Phyllis worked at the DuPont Company, and after raising her family, she worked for SR Products in Mendenhall and Toughkenamon for over 25 years, as account manager, office manager, and finally vice president.

After her family, Phyllis’ first love was her involvement in Eastern Star. A member of the order since she was 19, she served the Chris-Penn No. 455 chapter as Worthy Matron twice, and held an elected or appointed position in the chapter almost every year. For 25 years, she served in a variety of capacities at the state level, including nine years on the finance committee, culminating in a position in the Grand Family in 2000-01 at the age of 78.

She became involved in Girl Scouts when her daughter was in Brownies, and her interest in, and promotion of, the leadership development of young girls continued for over 50 years. She was one of the charter members of the Four Seasons Garden Club in Kennett Square, served as its second president, and recently received an honorary life presidency in recognition of her service to their activities and goals.

She is survived by daughter, Susan Griffith of Crawfordsville, Ind., and her husband Larry; son Steve Buffington, of Coraopolis, Pa., and wife Marie Rose; and grandson Michael Griffith of Austin, Texas.

Eastern Star services will be performed at 6:45 p.m. on April 11 in the parlor of the Oxford Presbyterian Church (6 Pine St., Oxford). A memorial service will begin at 7 p.m. in the sanctuary; visitation with the family to follow. 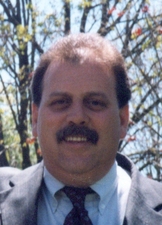 Robert J "Tuesday" Hopkins, Jr, 61,  of Avondale, most recently of the Delaware Veterans Home in Milford, Del., passed away peacefully on March 25 at Milford Memorial Hospital.

Born in West Chester, he was the son of Robert J. Hopkins, Sr. and Mary Leo Hopkins of Avondale. He was a 1970 graduate of Kennett High School and a member of the U.S. Navy, serving aboard the USS Whipple during the Gulf of Tonkin Conflict of the Vietnam War.

He was owner of the Pizza Doctor in Kennett Square, and later sold plumbing supplies to customers throughout southern Chester County. He loved spending time with family and his many friends, and especially with his former wife Dawn (Dunlap) and his son Kyle, the light of his life. He enjoyed fishing, collecting art, and many exciting outings on his boat, motorcycle and snowmobile. He could be counted on to always provide a fireworks show on the 4th of July and to come to Christmas parties dressed as Santa to entertain the children. He was blessed with the love of family members and many friends who will miss him dearly.

A funeral was held April 1. Burial was in St. Patrick’s Cemetery in Kennett Square. In lieu of flowers, donations will be accepted by: Delaware Veterans Home, ATTN: Donations, 1000 Delaware Veterans Blvd., Milford, DE  19963. Online condolences may be made by visiting www.griecocares.com. 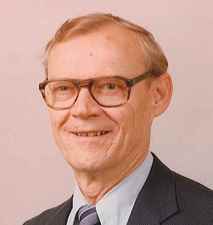 Richard “Dick” Royden Baldwin, 91, lost his courageous battle with bladder cancer on March 26 in his home at Jenner’s Pond Retirement Community in Jennersville, surrounded by his loving family and pet dog, Molly.
He was born in 1922 in Oklahoma City, Okla., to Royden Lafayette Baldwin and Elizabeth Miller Baldwin. At age 3, his family moved to San Angelo, Texas. He graduated from San Angelo High School and, after serving in World War II, he graduated with a mechanical engineering degree from Texas A&M University in 1950. He was employed by the DuPont Co. for 32-½ years in the Engineering Department.
He married Virginia Detwiler, of Cedars, Pa., and they spent 63 years together. He was a Charter Member of Kingswood Methodist Church, which he helped build in 1954. He was a noted inventor and innovator who could fix or make most anything. Years ago, he was featured in the Wilmington News Journal for his automated and prize-winning Christmas displays and for his handmade pitching machine built for his son’s Little League baseball team. His pride and joy was his 1940 Buick, given to him in by his father-in-law in 1975. This prized possession was the car they drove on their first date in 1942 and up until two years ago. He was an active member in the AACA Brandywine Region Antique Car Club for 35 years. He left a legacy of being a creative and talented man, a loving husband, father and friend.

He is survived by his wife, Ginny; daughter, Bonnie Church and husband Art; and deceased grandson, David, of Willow, Alaska; son, Rich Baldwin and wife Leticia; and granddaughters, Breanna and Rebecca of Kennett Square; sister, Betty Baldwin Springer of San Angelo, Texas; cousin, Jean Williams of Bethesda, Md.; sister-in-law Earline B. Wold and husband Roy; and nephews and nieces in Texas and Pennsylvania.

A memorial service will be held April 5 at 11 a.m. at the Living Faith Community Church (111 Vineyard Way, West Grove). Visitation will be from 10 to 11 a.m. before the service, followed by a reception in the Delaware Room of the Alison Building at Jenner’s Pond Retirement Community (2000 Greenbriar Lane, West Grove). The family wishes to express their heartfelt thanks and gratitude to Willow Tree Hospice, whose love and tender care cannot be equaled.  In lieu of flowers, memorial remembrances may be made to Willow Tree Hospice, 616 Cypress Street, Kennett Square, PA 19348 or Willowdale Chapel,  111 Marshall Street Kennett Square, PA 19348. Online condolences may be made at www.griecocares.com.

Madeleine Coyle, 94, of Kennett Square, passed away on March 28.
She was the wife of the late Wayne E. Coyle, who passed away in 2009. She was a wife and mother and a friend to many and will be missed by all. She is survived by her daughter, Deborah Crocker (William); and two granddaughters, Jill Allison Bellucci (Matthew) and Holly Rebecca Crocker.
There will be a memorial service at 2 p.m. on April 8 at the Kuzo & Grieco Funeral Home (250 W. State St., Kennett Square). Burial will be private. The family requests that in lieu of flowers, a donation may be made to the American Heart Association, 1617 JFK Boulevard, Suite 700, Philadelphia, PA 19103; or the American Lung Association, 527 Plymouth Road, Suite 415, Plymouth Meeting, PA 19462. Online condolences may be made by visiting www.griecocares.com.

Betty Jean Stilwell, 76, of Kennett Square, passed away on March 28 at the Brandywine Nursing and Rehabilitation Center in Wilmington, Del.

Born in Horsepen, Va., she was the daughter of the late Levi and Pearl Dickens Stilwell. She was the past owner of the Chabet Boutique in Chadds Ford. She enjoyed gardening, reading, riding in horse-drawn carriages, and being around children.

In lieu of flowers, a contribution may be made to the Brandywine River Museum, P.O. Box 141, Chadds Ford, PA 19317. Online condolences may be made by visiting www.griecocares.com.

Judith Oliver Thompson, 79, of Avondale, passed away on March 28 at Ware Presbyterian Village in Oxford.

Born in Hopewell, N.J., she was the daughter of the late Frances Oliver and Ernestine Lutz Oliver. She attended the University of Delaware for both her BS and graduate studies. She became an avid horsewoman, learning to fox hunt as an adult, and producing many thoroughbred show hunters in the 70s and 80s. She was passionate about her children and her horses.

Katherine Oliver Heileg. The family would like to thank the staff at Heartland Hospice for the wonderful care they provided Judy during her final days.

Funeral services will be held on April 5 at 11 a.m. at St Malachi Church (76 St. Malachi Rd., Cochranville). In lieu of flowers, the family asks that you make donations to the Cheshire Hunt Conservancy (www.cheshirehuntconservancy.org/cms).