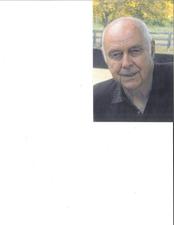 George S. Hanna, Jr., 78, passed away at the VA Medical Center Hospice in Coatesville on Feb. 12.

Born and raised in Bellefonte, Del., he was the son of the late Alma Bamber McGinnes and George S. Hanna, Sr.  He is also predeceased by his daughter, Eileen Bugsy Hanna.

He served in the Army during the Korean War and worked locally at the GM plant, DrugHouse and Halls Freight in New Castle. He retired from Yellow Freight (Lancaster branch) in 1999. In 1971, the Hanna family moved to a parcel of land in Landenberg.  Raising family, horses, and dogs, George had need for adventure almost on a regular basis. He accumulated many “toys” over the years (cycles, boats, snowmobiles) and the biggest of all being several ultralites.  For several years he was known in the area for flying his plane out of the home pasture.

William L. Woodson, 92, of Chadds Ford, passed away on March 5 at his residence.

He was the husband of Dorothy Plass Woodson, who passed away this past December, and with whom he shared 69 years of marriage. Born in Beaver, Okla., he was the son of the late James and Nellie Chapman Woodson. He was a self-employed carpenter. He served his county in the U.S. Army Air Corps in both World War II and Korea. During World War II, he was stationed in Iwo Jima. He enjoyed woodworking, mechanical repairs, camping and the outdoors.

He is survived by one daughter, Janis Reynolds and her husband Allan of Chadds Ford; one brother, Ralph Woodson of St. Louis, Mo.; and one granddaughter, Jennifer Reynolds.

His memorial service was held March 11. In lieu of flowers, a contribution may be made to the Salvation Army, 701 North Broad Street, Philadelphia, PA 19123. Online condolences may be made by visiting www.griecocares.com.

Livia Bazzoli, 90, of Avondale, passed away  on March 4 at her residence.

She was the wife of the late Aldo F. Bazzoli, who passed away in 1975, and with whom she shared 25 years of marriage. Born in Toughkenamon, she was the daughter of the late Luigi and  Quintilia Ciarrocchi  Fidanza. She was a homemaker, and she helped her  late husband Aldo in the  family mushroom business. After that, she also worked as a nanny for 20 years. She was a member of St. Gabriel of the Sorrowful Mother Church in Avondale, and a lifetime  member  of the Kennett Area Senior Center. She enjoyed playing bingo, crocheting afghans, going out with her friends  for coffee on Saturday mornings, going to Longwood Gardens, and especially enjoyed being with her grandchildren and great-grandchildren.

She is survived by two daughters, Patricia A. Owens and her husband Charlie of West Grove, and Sylvia A. Field of West Grove; a daughter-in-law, Pam Bazzoli of Lewes, Del.; one sister, Betty Pratola of Avondale; five grandchildren; and three great-grandchildren. She was predeceased by one son, Arthur L. Bazzoli; and two brothers, Mark “Frog” Fidanza and Sunday Fidanza.

A funeral was held March 10. Burial was in St. Patrick’s Cemetery in Kennett Square. In memory of Livia, a contribution may be made  to Victoria A. Fidanza Dickens Memorial Scholarship Fund, 300 East South Street, Kennett Square, PA 19348; or to St. Gabriel of the Sorrowful Mother Church, P.O. Box 709, Avondale, PA 19311. Online condolences may be made by visiting www.griecocares.com.

Nancy Rector Yerkes, 88, of West Grove, went home to be with her Lord and Savior on  March 5, following a brief illness. She passed away in the company of her family.

She was the devoted wife of the late H. Lawrence Yerkes, Sr., with whom she shared 53 years of marriage. Born in Whiteford, Md., she was the daughter of the late Cecil W. Rector and Verna Moxley Rector. A graduate of Kennett High School, she worked prior to marriage at Address-O-Multigraph Co. and Braunsteins in Wilmington, Del. She and her husband started H.L. Yerkes & Sons, Inc., in Avondale in December 1961. She formerly attended Manor Presbyterian Church (PCA), Cochranville, and prior to that was a member of West Grove Presbyterian Church, where she was a Sunday school teacher, vacation Bible school teacher, and choir member for many years.
For 23 years, she was the application chairperson for Avon Grove Meals on Wheels and also delivered meals. She was a tutor for the Adult Literacy Program of Kennett Square. Also, she was a member of the DAR (Daughters of the American Revolution), and a member of the United Daughters of the Confederacy. She lived in West Grove most of her life. She loved being a homemaker and spending time with her children, grandchildren, and great-grandchildren, which brought her much joy.
She is survived by four sons, Larry Yerkes and his wife Cathy Orlowski of Medford Lakes, N.J., Glenn Yerkes and his wife Linda Hogg of Cochranville, Ronald Yerkes and his wife Roxanne Allen, and Drew Yerkes and his wife Jane Cleaves of West Grove; one daughter, Lana Yerkes of West Grove; 11 grandchildren, Christopher Yerkes and his wife Cheryl Rea, Kyle, Amy, Holly and her husband Darren Kauffman, Carrie Ryan, Benjamin, Patrick and his wife Melanie, Andrew, William, and Amanda Yerkes; nine great-grandchildren, Dustin, Travis, Jared and Brooke Kauffman, Grant Grady, Grace, Garrett, Gabriella Yerkes; two sisters, Jean Pratt and Hazel Hairsine; and several nieces and nephews. She was preceded in death by her brothers, Ernie and Cecil Rector.
Funeral services were held March 11. Interment was in Oxford Cemetery. In lieu of flowers, memorial contributions can be sent to Child Evangelism Fellowship of Chester County, Inc., PO Box 50, Coatesville, PA 19320; or Wilmington Christian School, 825 Loveville Rd., Hockessin, DE 19707. Online condolences may be sent at www.elcollinsfuneralhome.com. 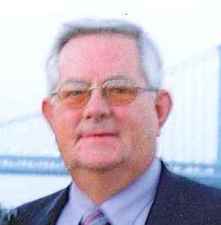 Hendrik “Henk” Visscher, 69, of Kennett Square, died suddenly on March 4 at his home.

He was the husband of Adriana Visscher van Dam, with whom he shared 47 years of marriage. Born in Genemuiden, The Netherlands, he was a son of Johanna Visscher Rikkert, 96, and the late Jan Visscher, both of  The Netherlands.  He earned a BS in chemical engineering from HTS Amsterdam in 1965.  He began his career as VP of sales and marketing for Hercules, Inc., in The Netherlands and retired in 2004 as worldwide director of sales at the Hercules headquarters in Wilmington, Del., after 37 years with the company.

Henk was a longtime member of the First Presbyterian Church of West Chester, where he was an elder serving on the session. He especially appreciated organ music and the choir.  He served as president of the board for the homeowners association at Victoria Gardens in Kennett Square, where he lived. He enjoyed traveling with his wife and family all over the world and lived in four different countries during his life. He also volunteered as a teacher with the Osher Lifelong Learning Institute at University of Delaware in Wilmington, where he also audited classes.

Survivors include, in addition to his wife and mother, two sons, Adrianus Jan Visscher and his wife Anna Vavilova of Thorndale, and Geert Hendrik Visscher and his wife Karel of New Market, Md.; one daughter, Johanna Catharina Leigh of Melbourne, Australia; one brother, Jakob Visscher of The Netherlands; one sister, Johanna Catharina deBoer of The Netherlands; and three grandchildren, Christopher, Marcus and Ashley.

A funeral was held March 11. Interment was in Longwood Cemetery in Kennett Square. Contributions in Henk’s memory may be made to the First Presbyterian Church of West Chester, 130 W. Miner St., West Chester, PA 19382, to be allocated to the Adult Choir Ministry.  To share a memory with the family, visit www.griecocares.com.

Gladys Bryan Volk, 88, of West Grove, passed away on March 7 at her residence.

Born in Landenberg, she was the daughter of the late John F. and Mae Etta Holton Bryan. She was a secretary at the Ohio Casualty and Insurance Company in West Chester for 30 years, retiring in 1987. She was a member of the Landenberg United Methodist Church, where she had served as past president of the United Methodist  Women and Mission Belles, church membership secretary, Sunday school teacher, and the choir director for 18 years. She enjoyed flower gardening, singing, and being with her grandchildren. She was a good listener and was known for sending notes and cards to people.

In memory of Gladys, a contribution may be made to the Landenberg United Methodist Church, P.O. Box 36, Landenberg, PA 19350. Online condolences may be made by visiting www.griecocares.com. 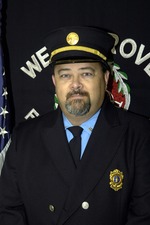 William "Mike" Predmore, 55, of New London, died after a brief illness on March 6 at University of Pennsylvania Hospital.

He was the husband of Lori Hilliard Predmore, with whom he shared 36 years of marriage. Born in Springfield, Va., he was a son of the late Roy and Betty Neely Predmore. After high school, he attended Robert Morris College in Pittsburgh.  In his youth, he enjoyed Boy Scouts and earned the honor of Eagle Scout. As an adult he remained active with Boy Scouts as assistant scout master for local troop 30, and was a Vigil Member of the Order of the Arrow.  He was a supply chain manager for Container Research Corp CRC in Aston, Pa. He was a member of Assumption BVM Catholic church and was a past youth group leader. He was past president and current member of the Avon Grove Regional Emergency Management AGREM, the Emergency Management Coordinator for New London Township, and an active member, assistant engineer, trustee and multiple committee member of the West Grove Fire Company for over 20 years.
He organized the "Santa Visits" at area neighborhoods with this fire trucks. In addition to his family, the two loves of his life were his Dog Tanker 22 and his fire truck Elsie.
Survivors include, in addition to his wife, one son, Mike Predmore of New London; one daughter, Lauren Predmore of New London; two sisters, Ann Neely Carpenter of Palmdale, Calif., and Mary Beth McCall of West Chester; three nieces,  Ashlea, Megan and Melanie; four nephews, Jason Joshua, Jeff and Bryan; a sister-in-law, Cindy Hilliard; and his father-in-law, Frank Hilliard. He was predeceased by a son, Johnathan.

A visitation with family and friends will be held from 5 to 8 p.m. on March 13, and from 9 to 10 a.m. on March 14 at Assumption BVM Catholic Church (300 State Rd., West Grove). His funeral service will be 10 a.m. Friday at the church. Interment will be in New London Presbyterian Cemetery.

Contributions in his memory may be made to the West Grove Fire Company, PO Box 201, West Grove, PA 19390 for the Antique Fund. To view an online tribute and to share a memory with his family, visit www.griecocares.com.

Courtney Danielle Russell, 17, of Oxford, died suddenly on March 6.
She was the beloved daughter of Nancy Lynn Carannante and Berchie D. Russell and the loving sister of Angelique Eldreth. Courtney is also survived by her grandmother, Linda Henderson, great-grandmother, Margarett Russell, and 13 cousins. She was preceded in death by her grandfathers, Samuel Henderson and  William N. Eldreth; and her great-grandmother, Cornelia Ray.

Relatives and friends are invited to call on March 14 from 6 to 8 p.m. at the Oxford Presbyterian Church (6 Pine St., Oxford). Funeral services and interment will be private at the convenience of the family. In lieu of flowers, donations in Courtney's memory can be made to the Ruffenbach Family Funeral Home, 224 Penn Ave., Oxford, PA 19363 to help defray funeral expenses.