Ether Schrader Maule 90, of West Grove, passed on Jan. 28 at Jenner's Pond.
She was the wife of the late Raymond Maule, with whom she shared 58 years of marriage, and the daughter of the late Walter and Jane Schrader of Chester Heights. She was a graduate of Goldey College in Wilmington, Del. She worked at American Viscose Corporation as an executive secretary before becoming a housewife and raising her three children. She enjoyed traveling and camping throughout the United States, and spending time with her family. She also enjoyed sewing, Wii bowling and quilting, and she was a member of the Evergreen Garden Club and Needlework Guild. She enjoyed attending train shows with Raymond. She was a birthright member of Concord Meeting and a member West Grove Friends Meeting.
She is survived by her three children, Carol M. Hornung and her husband Don of Elizabethtown, Lawrence Maule and his wife Kathleen of Chatham, and Kathleen M. Kirk of Oxford; eight grandchildren, Kyle and Stephen Hornung, Aaron, Michael, Kelley, and Mary Jane Maule, and Steven and Tiffany Kirk; and three great-grandchildren, Preston, Taylor and Kourtnie Kirk. In addition to her husband, she was preceded in death by her brother, Walton Schrader; sister, Mary Jane Schrader Davis; and son-in-law, Jesse Ross Kirk III.
A memorial service will be held on Feb. 9 at 2 p.m. at West Grove Friends Meeting (153 E. Harmony Rd., West Grove). Interment will be private, at Doe Run Friends Cemetery.
In lieu of flowers, donations in her memory can be made to The Benevolent Care Fund of Jenner’s Pond, c/o Director of Residential Services, 2000 Greenbriar Lane, West Grove, PA 19390; or  Friends Home in Kennett, 147 West State Street,  Kennett Square, PA 19348.
Condolences may be made at www.elcollinsfuneralhome.com. 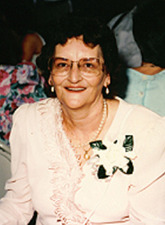 Marcella Ruark, 77, of Cochranville, passed away on Jan. 26 at her son’s residence in Saint Cloud, Fla.

She was the wife of the late Samuel Ruark. Born in Mays Lick, Ky., she was the daughter of the late Claude and Alma Kate Highlander Zornes. She was a member of the Safe Harbor Baptist Church in Cochranville. She volunteered at Mana Food Bank in Kennett Square. She loved singing in church and taking care of her plants.

She is survived by two sons, Dale Miller and his wife Ann of St. Cloud, Fla., and Ronald Ruark and his wife Carol of West Chester; one daughter, Patricia Unger and her husband Sam of  West Union, Ohio;  14 grandchildren; many great- and great-great-grandchildren; two brothers, Gerald Zornes and Gary Zornes; and one sister, Rebecca Gorman. She was preceded in death by three children, Deborah Garrett, Carolyn Garrison, and Kenneth Ruark.

Funeral services were held Feb. 1. Interment was in Oxford Cemetery. In lieu of flowers, donations in her memory may be made to  Manna Ministries, in care of New London Baptist Church, 226 Pennocks Bridge Rd., West Grove, PA 19390.ngton DC, 20036

She was born in Moundsville, W.Va., to Sydney Smith and Elizabeth Wood Smith. She had one older sister, Elizabeth Smith Stoker. She married Leon N. Weiner in 1949, and they were together for more than 50 years, until his death in 2002. Helen had one daughter, Jan Noel Hey, of Kennett Square.

During her lifetime, Helen lived in Philadelphia, New Orleans, Wilmington, and finally, Kennett Square,  where she lived for many decades on the farm that she loved.  She was an avid foxhunter and spent many days riding with her daughter, Jan. She enjoyed being outdoors, and, in her earlier years, could often be found atop her tractor, working on her farm, or relaxing outside while observing her flock of geese. She loved all animals and, throughout her lifetime, supported many organizations such as the Delaware Humane Society, the SPCA, and the World Wildlife Fund.  She also loved to travel and visited many places around the world.

She was predeceased by her loving husband, Leon Weiner; and her sister, Elizabeth Stoker. She is survived by her daughter, Jan Noel Hey; three grandchildren; and seven great-grandchildren.

To honor Helen’s memory, donations can be made to the Leon and Helen Weiner Foundation, Faithful Friends of Delaware; or to the Delaware Humane Society. 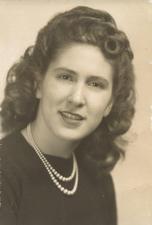 Esther Irene McNiss, 83, of Oxford, passed away on Feb. 1 at Jennersville Regional Hospital in West Grove.

She was the wife of the late Lester N. McNiss. Born in Charlotte, N.C., she was the daughter of the late Lemon Clyde and Margaret Gathings Adkins. She retired from Herr Foods, Inc., in Nottingham. She was a member of the First Baptist Church of Oxford, Oxford Senior Center, and West Grove Senior Center. She enjoyed quilting, camping and family dinners.
She is survived by two daughters, Cynthia G. Arters and her husband Gene of East Waterford, and Kimberly J. Wood and her husband Louis of Oxford; two brothers, Clyde Adkins and Jimmy Adkins, both of Elkton, Md.; and three sisters, Nadine Richards and Delores Johnson, both of Elkton, Md., and Beverly Probst of Avondale.
Funeral services will be held at 11 a.m. on Feb. 6 at the Edward L. Collins, Jr. Funeral Home, Inc. (86 Pine St., Oxford). Relatives and friends may visit on Wednesday from 6 to 8 p.m. and Thursday from 10 to 11 a.m. at the funeral home. Interment will be in Oxford Cemetery.
In lieu of flowers, donations in her memory may be made to  the First Baptist Church of Oxford, 522 Market St., Oxford, PA 19363. Online condolences may be made at www.elcollinsfuneralhome.com.

Edward Elmer Weir, 75, passed away on Feb. 1 at the Veterans Medical Center in Lexington, Ky., after a long illness.
He was a veteran of the Korean War and a member of the American Legion Post 865 in Christiana, Pa., and a member of the Magnolia Christian Church in Harrodsburg, Ky. He was the son of the late Elmer and Gertrude Mullens Weir of Coatsville, Pa.
He had one sister, Verna W. Mann (Weir), who preceded him in death. He had a son, Edward Thomas Weir, of Sadsbury; two daughters, Rhonda Tess Belloma and Cindy Robinette, both of Honey Brook; two stepsons, Granvle Lee Luttrell of Merritt Island, Fla., and Steven Ray Luttrell, who preceded him in death; three stepdaughters, Sheila Gaye Luttrell of Grand Rapids, Mich., Eva Elaine Luttrell-Martin of Vincennes, Ind., and Kimberly M. Daulton of Vallonia, Ind. He has 20 grandchildren and 15 great-grandchildren; and a host of nieces and nephews.
He leaves behind a loving family, and the one he shared his life with in his later years, his beloved Eva Ruth.
Funeral services and burial will be held Feb. 8 in Kentucky.