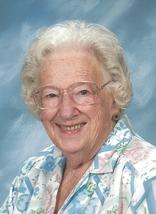 Ina May Witman, 92, of Kirkwood, formerly of New London, passed away on Jan. 12 at her home.

She was the wife of the late Vernon Witman. Born in Clifton, N.C., she was the daughter of the late Lester and Laura Eller. She was employed with the Oxford Cabinet Company from 1951 to 1974. She was a member of the New London Baptist Church and the Oxford Senior Center. She enjoyed gardening and traveling.
She is survived by one son, Richard Roberts and his wife Kathy of Quarryville; one daughter, Juanita Roberts Yerkes and her husband Donald of Kirkwood; five grandchildren; 11 great-grandchildren; two great-great-grandchildren; and two brothers, Jess Eller of Newark, Del., and John Eller of Oxford. She was preceded in death by a grandson, Timmy Grinestaff; two brothers, Clarence Eller and Jim Eller; and two sisters, Mary Fulton and Helen Owens.
Funeral services were held Jan. 16. Interment was in Oxford Cemetery. In lieu of flowers, donations in her memory may be made to the New London Baptist Church Building Fund. Visit www.elcollinsfuneralhome.com. 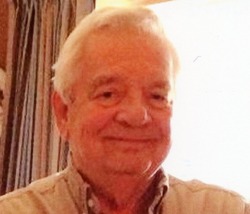 He was the husband of Judith Ann Renner Cameron, with whom he shared 39 years of marriage. Born in Philadelphia, he was the son of the late James Wilson, Sr., and Helen Albridge Cameron. He retired as a computer analyst with Pilot Air Freight in Lima.
He is survived by his wife; two sons, Scott Cameron of Nottingham, and James Wilson Cameron III, of Elkton, Md.; four stepchildren, Thomas Sharkey of Mississippi, Steven Sharkey of Newark, Del., Laurie Sharkey of Nottingham, and Robert Sharkey of Newark, Del.; 10 grandchildren; 10 great-grandchildren; and one sister, Joan Audrey Wenerd of Willow Street, Pa.
Funeral services were held Jan. 17. Interment was in Nottingham Cemetery. Online condolences may be made at www.elcollinsfuneralhome.com.

Robert E. Rubincan, 71, of West Grove, passed away on Jan. 13 at Christiana Hospital.
He was the husband of Margaret S. Cornett Rubincan, with whom he shared 47 years of marriage. Born in Coatesville, he was the son of the late Alice Marie Rubincan. He started farming for John D. St. John in New London Township at the age of 10. He worked on the farm until 2009. He attended West Grove United Methodist Church. He enjoyed farming, working with cows, gardening, repairing cars and tractors, wood crafting, building birdhouses, and baseball. He loved spending time with his family, especially his grandchildren.
He is survived by his wife; two sons, Robert C. Rubincan of West Grove and Mark E. Rubincan (Laurie) of Oxford; two daughters, Monica Saienni (Earl) of West Grove and Tracey S. Phillips (Steve) of Landenberg; three grandchildren, Rachel Saienni, Rocco Saienni and Ariel Rubincan; and one sister, Barbara A. O’Brien (Edward) of West Grove.
Funeral services were held Jan. 18. Interment was in Oxford Cemetery.
In lieu of flowers, donations in his memory may be made to the American Cancer Society, PO Box 22718, Oklahoma City, OK 73123-1718. Online condolences may be sent at www.elcollinsfuneralhome.com.

Florence A. Kogut, 86, of Kennett Square, formerly of Media, passed away on Jan. 16 at Brandywine Hall in West Chester.

She was the wife of Theodore Kogut, Sr., who passed away in 1986, and with whom she shared 37 years of marriage. Born in Philadelphia, she was the daughter of the late Louis Sr. and Helen Davis. She was a salesperson at Strawbridge & Clothier in Media, Pa., for 15 years. She was a member of St. Francis de Sales in Lenni, Pa., but since moving to Kennett Square, she attended St. Patrick’s Church. She enjoyed going to the casinos, playing cards and games, traveling, and being with her family and friends.

She is survived by three sons, James J. Kogut, Sr., and his wife Eileen of Kennett Square, Stephen Kogut and his wife Angie of West Chester, and Theodore Kogut, Jr., and his wife Helen of Ridley Park; one brother, Louis Davis of  Magnolia , N.J.; two sisters, Cecilia Coyle  of Philadelphia, and Reenie Zaremba of Philadelphia; and five grandchildren, Jimmy, Kyle, Connor, Kathleen and Teddy.

A funeral was held Jan. 21. Burial was in Saints Peter and Paul Cemetery in Springfield, Pa.  Online condolences may be made by visiting  www.griecocares.com.

Marjorie S. West, 93, of West Grove, passed away on Jan. 16 at the Jennersville Regional Hospital.

She was the wife of Joseph Ross West, who passed away in 1998, and with whom she shared 55 years of marriage. Born in Washington, D.C., she was the daughter of the late Monroe and Marion Hardy Stockett. She graduated from Penn State, where she met and married Ross West. The were world travelers and lived in 10 different states as well as England. They retired to Maine and lived there happily longer than anywhere else. With her degree in dietetics, she loved everything about food. She loved entertaining and a good party. She was an avid reader and worked many years in a library. She loved shopping for clothes and was always well coordinated in her dress. Bridge was her favorite of all the games she enjoyed playing.  She will be missed by all who knew her.

She is survived by one son, Richard D. West and his wife Mary of Glen Mills, Pa.; one daughter, Carolyn Schoonover and her husband Jim of Downingtown, Pa.; one brother, Robert M. Stockett of Albuquerque, N.M.; four grandchildren; and seven great-grandchildren.

In lieu of flowers, a contribution may be made to The Progeria Research Foundation, Inc.,

Josephine Mae Chustz, 73, of Lincoln University, passed on Jan. 17 at her home. Services are private. Arrangements are being handled by the Edward L. Collins, Jr. Funeral Home, Inc., Oxford (www.elcollinsfuneralhome.com). 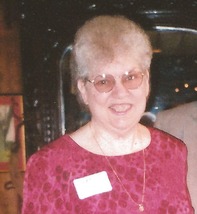 Sarah Ann ”Sally” Howell, 73, of Atglen, went home to be with the Lord on Jan. 15 at the Harrison House in Christiana, Pa.

She was the wife of the late Earl D. Howell, with whom she shared 51 years of marriage. Born in West Chester, she was the daughter of the late Joseph William and Mary Harmon Hanna. She graduated from Goldey-Beacom College in Wilmington, Del. She was employed with General Mills as an office clerk. She was a member of the Freedom Life Christian Center in Christiana. She was also a member of the American Legion Benner Shoff Post 865 in Christiana.

She is survived by two granddaughters, Christa Joy Hammett and Anna Elizabeth Hammett, both of Lexington Park, Md.

A memorial service was held Jan. 20. Interment was private.

In lieu of flowers, donations in her memory may be made to the Freedom Life Christian Center Missionaries, 447 Noble Rd., Christiana, PA 17509; or the American Diabetes Association, PO Box 11454, Alexandria, VA 22312.  Arrangements are by the Edward L. Collins, Jr. Funeral Home Inc.(www.elcollinsfuneralhome.com).

Mary A. Spragg Wilkinson, 82, of Cochranville, died on Jan. 17 at her home in Cochranville.

She was the former wife of the late James Ira Wilkinson, who died in 1991. Born in Perryville, Md., she was a daughter of the late John Alfred and the late Helen Catherine (Fagan) Spragg. She worked as a waitress for the Bayou Restaurants while the boys were growing up. After she moved to Avondale, she went to work at Wyeth Pharmaceutical for over 20 years, until her retirement. She lived in Havre de Grace, Md., for most of her life, where she assisted with the annual Fourth of July festivities and carnival, and was an active auxiliary member of the VFW and American Legion. She enjoyed supporting her five boys with their music, band activities and sports.  She helped with making costumes for the musicals at Salesianum School.

Survivors include three sons, John and his wife Elizabeth of West Grove, Ricky of Cochranville, and David and his wife Lynn of Gloucester, Va.; 10 grandchildren; and six great-grandchildren. She was predeceased by two sons, Robert in 2013 and Joey in 2009; a brother, Jack; and a sister, Catherine.

A visitation with the family will be held from 10 to 11 a.m. on Jan. 25 at the Foulk & Grieco Funeral Home, Inc. (200 Rose Hill Rd., West Grove). A memorial service celebrating her life will follow at 10 a.m. Interment will be in Cathedral Cemetery in Wilmington, Del.  Contributions in her memory may be made to MANA, A National Latina Organization, c/o Loretta Perna, Kennett High School, 100 E. South St., Kennett Square, PA 19348.