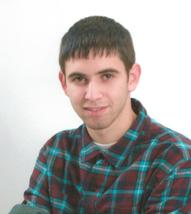 Anthony Michael Rody Welhaf, 19, of Oxford, passed away suddenly on Dec. 17.
Born in Drexel Hill, he was the son of George III and Renee Rody Welhaf of Oxford. He was a graduate of Oxford Area High School, class of 2013. He played soccer and was on the snowboarding team in high school. He was attending Delaware County Community College. He enjoyed snowboarding and music, and loved animals.

Funeral services were held Dec. 22. Interment was in Oxford Cemetery.

In lieu of flowers, donations in his memory may be made to Comp Animal Shelter, 1497 Flint Hill Rd., Landenberg, PA 19350.

He was the husband of Jo Anne Wareham Norris, with whom he shared 40 years of marriage. Born in Philadelphia, he was the son of the late Herbert A. and Anna E. Wiggins Norris. He was a member of the Sacred Heart Church in Oxford, where he served as an Extraordinary Minister. He graduated from Villanova University. He was an assistant vice president of Bank of America in Newark, Del., in compliance and test design. He donated to the Food Pantry at Neighborhood Service Center of Oxford. He enjoyed touring in Europe, especially Paris and London, and Canada and the United States.
He is survived by his wife; one daughter, Joanna Norris of Lincoln University; one sister, Theresa Greene of Glenolden; one niece, Tara Greene of Collingdale; three nephews, Wes Greene of Glenolden, Jeff Peck of Dallas Texas, and John Peck of Mary Esther, Fla.  He was preceded in death by his son, Charles “Chuck” Norris.
A funeral was held Dec. 23 at the Sacred Heart Church in Oxford. Interment was in Oxford Cemetery. In lieu of flowers, donations in his memory may be made to the Food Pantry of N.S.C., 35 N. 3rd St., Oxford, PA 19363.
For more information, visit www.elcollinsfuneralhome.com.

Katherine Virginia Bell, 89, of Kennett Square, passed away at Pocopson Home on Dec. 19 after years of a courageous battle with Alzheimer’s.

An avid antique and collectibles hunter, she filled her house with things she loved and also filled her home with the sound of big bands and Broadway musicals which had been a lifelong passion and source of joy.  She was listening to her favorite music when she passed away.  Services will be private.

Robert A. Blackhall, 74, of Kennett Square, passed away on Dec. 14 at the Jennersville Regional Hospital.
He was the husband of Dorothy Ille Blackhall, with whom he shared 54 years of marriage. Born in Minot, N.D., he was the son of Anna Maria Mayer Blackhall of Austin, Texas, and the late Alfred W. Blackhall. He received his bachelor’s degree in mechanical engineering from the Montana State University and his master’s degree in industrial management from the University of Central Missouri. He worked for the DuPont Company in Wilmington, Del., retiring after 20 years of service as a senior purchasing agent. He was active in his community as a member of the Rotary Club of Kennett Square, and specifically his participation each year with the Kennett Run. He also served for several years as a board member of the Glen Mills School, providing help to troubled youth. He organized Christmas luminaries for his entire neighborhood for over 25 years, and this also included gathering and delivering supplies for everyone. He enjoyed hunting, fishing, trap shooting and aviation.
In addition to his wife and mother, he is survived by four sons, Craig Blackhall and his wife Maureen of Lenexa, Kan., Brett Blackhall and his wife Pam of Stratford, Conn., Chris Blackhall and his wife Sharon of Overland Park, Kan., and Brian Blackhall and his fiancé Brandie of Felton, Del.; one brother, John Blackhall of Austin, Texas; and four grandchildren. He was predeceased by one brother, William Blackhall.
A visitation with family and friends will be held from 1 to 3 p.m. on Jan. 4 at the Kuzo & Grieco Funeral Home (250 W. State St., Kennett Square). His memorial service will follow at 3 p.m. Burial will be private.
In lieu of flowers, a donation may be made to The Michael J Fox Foundation for Parkinson's Research, Grand Central Station, PO Box 4777, New York, NY 10163-4777, or visit the web site at michaeljfox.org. Online condolences may be made by visiting www.griecocares.com.