Born in 1916 in LaBelle, Pa., to Mary Mikula and Jan Tichy, who emigrated from Slovakia, he grew up in Vestaburg, Pa. He earned his Ph.D. in education in 1954 from Teachers College, and taught at both Monmouth Junior College (now Monmouth University) in West Long Branch, N.J., and Kean University, Union, N.J., where he was department chairperson for over 15 years. He also taught biology part-time at St. Benedict’s Preparatory School in Newark, N.J.  He retired to State College, Pa., with his wife Frances and daughter Janice, who was attending Penn State University for her Ph.D. at that time.

He served 3 ½ years in the Army Air Force as a medical technician.  He read every issue of The New York Times for over 30 years and loved the crossword puzzles. He loved nature and animals, especially cats, and enjoyed classical music, gardening, and reading about science, especially astronomy.

He was predeceased by his first wife, Lois Hartwell, and second wife, Frances Sydnor; as well as three brothers, Michael Tehi of Vestaburg, Pa., George Tichy of Des Moines, Ia., and Joseph Volensky, his half-brother, of Vestaburg, Pa.  He is survived by his daughter Janice, of West Chester, and his nephew Michael, of Wadsworth, Ohio.

Services will be held at St. Paul’s Episcopal Church (1105 Lincoln Highway, Exton) on Nov. 23 at 1:30 p.m. Interment will be at Blandford Cemetery in Petersburg, Va., at a later date.

Donations in his memory should be made to the SPCA in your community, or to the Delaware County Literacy Council, an organization which provides volunteer tutoring to adults who cannot read.

Linna B. Eller, 86, of Peach Bottom, passed away on Nov. 12 at Ware Presbyterian Village in Oxford.

She was the wife of the late William R. Eller, with whom she shared 59 years of marriage. Born in Chilhowie, Va., she was the daughter of the late Walter J. and Mary Caudell Pickle. She was a member of the Baptist View Church in Jarrettsville, Md., and past member of the Tucquan Lions Club. She enjoyed gardening, cooking, and spending time with her grandchildren. She especially enjoyed caring for others.

Born in Upper Darby, she was the daughter of the late Edward H., Sr., and Annie Catherine Staton Hunt. She was a member of the New London Baptist Church and the Oxford Senior Center. She was also a lifetime member and past Worthy Matron of the Order of Eastern Star, Spring Ford Chapter in Royersford, and the Parker Ford Baptist Church, Parker Ford. She was employed as a secretary at the East Pikeland Elementary School in Kimberton, and retired in 1996. She enjoyed needlepoint, and arts and crafts.

Services will be held at the convenience of the family. Online condolences may be made at www.elcollinsfuneralhome.com.

Born in West Grove, he was the son of David M. and Agnes (Corby) Frampton of Quarryville.

He will be remembered for his great sense of humor and dedication to his family. He was a fan of all types of sports. His request is that everyone enjoy their ride on the yellow submarine.

Surviving, besides his mother and father, are brothers Christopher of Quarryville and Dan of Albuquerque, N.M.; along with sisters Elizabeth Pearl of Cochranville, Joyce Walters of Alabama, and Ginger Madonna of Parkesburg. He also has several nieces and nephews.

Grace E. Manning, 86, of New London, formerly of Cochranville, passed away on Nov. 12 at Ware Presbyterian Village in Oxford.

Born in Philadelphia, she was the daughter of the late Edwin and Velma Masner Winterborne. She was a member of the First Baptist Church in Oxford. 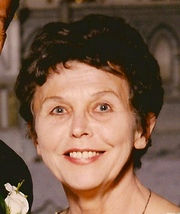 Helena Marie-Magdalena Stockar, 80, of Avondale, died Nov. 12 at her home.
She was the wife of Ivo J. Stockar, with whom she shared 54 years of a wonderful marriage. Born in Bratislava Slovakia, she was a daughter of the late Arnost Kubasek and Helena Strakova Kubasek. She called Rhode Island her home for 44 years before moving to the area last year to be closer to her grandchildren. She was an accomplished pianist and abstract artist, and these were her two passions. Her artwork is displayed at Mala Galleria in Kennett Square and Z-Gallery in Providence, R.I.
Survivors, in addition to her husband, include one son, David Stockar (Karyn) of Avondale; one daughter, Laura Bates (Richard) of Crail, Scotland; one sister, Vera Faldynova of the Czech Republic; and seven grandchildren, Aran, Erika, Rhiannon, Kameryn, Brennan, Ryan, and Kira.
A visitation with family and friends will be held from 2 to 3 p.m. on Nov. 23 at the Avondale Presbyterian Church (420 Pennsylvania Ave., Avondale).  Her memorial service will follow at 3 p.m. Interment will be held privately.
Contributions in her memory may be made to The Kennett Symphony of Chester County, P.O. Box 72, Kennett Square, PA 19348.  To share a memory with her family,  visit www.griecocares.com.

Hershel D. "Sam" Jordan, 91, of Nottingham, passed away on Nov. 14 at Neighborhood Hospice in West Chester.
He was the husband of Grace Wilson Jordan, who passed away in 1990, and with whom he shared 43 years of marriage. Born in Mountain City, Tenn., he was the son of the late Hedrick and Lily Bruce Smith Jordan. He was a carpenter working out of the United Brotherhood of Carpenters & Joiners of America, Local No. 626, Wilmington, Del., retiring in 1982. He was a member of the union for 60 years. He served his country in the U.S. Army during World War II and the Korean Conflict. He was a member of the American Legion in Rising Sun, Md., the VFW in Hockessin, Del., and the Moose Club. He enjoyed hunting, fishing, gardening, taking his dog Buddy for rides, and being with his family and friends.

He is survived by four children, Linda S. Johnson and her husband Bill of Nottingham, Robert L. Jordan and his wife Debra of West Grove, Gary D. Jordan and his wife Georgia of Delaware, and Brenda L. Jordan of Delaware; two sisters, Mary Peters of Winter Haven, Fla., and Opal “Sis” Eggers of Hoover, Ala.; four grandchildren and three great-grandchildren. He was predeceased by two sisters, Betty Jo Edens and Pauline Stout; and two brothers, Curtis Jordan and James Jordan.

A visitation with family and friends will be held Nov. 20 from 10 a.m. to noon at the Foulk & Grieco Funeral Home (200 Rose Hill Rd., West Grove). His funeral service will follow at noon. Burial will be in Union Hill Cemetery, Kennett Square.

In lieu of flowers, take a loved one out to dinner. Online condolences may be made by visiting www.griecocares.com. 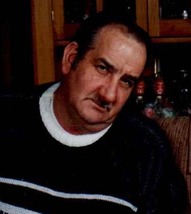 He was the husband of Eva M. Kline Ham, with whom he shared 52 years of marriage. Born in West Chester, he was the son of the late Nathan and Elsie Sturgill Ham. He was employed as welder with GTC in Clarksboro, N.J., and retired in 2008. He enjoyed woodworking.

He is survived by his wife; three sons, David M. Ham, Jr. and wife Sherry of Nottingham, Austin “Dutch” Ham and wife Christine of Lewisville; Joseph W. Ham and his wife Jeanette of Oxford; 12 grandchildren; 13 great-grandchildren; and brother, Robert Ham of Strasburg. He was preceded in death by a son, Theodore E. Ham; a great-grandson, Bradley Charles Eckman; and sister, Irene Beyer.

In lieu of flowers, donations in his memory may be made to the American Cancer Society, PO Box 22718, Oklahoma City, OK 73123.

Online condolences may be sent at www.elcollinsfuneralhome.com

She was the wife of Robert M. Chandler, with whom she shared 68 happy years of marriage.  She was born in Melrose, Mass., the daughter of Harold Bowdoin Church and Hazel Rendall Church.  She was raised in Buffalo, N.Y., graduating high school. in 1942, and from Miami University (Ohio), where she was president of Sigma Kappa sorority. She graduated in 1946, earning a BS in psychology. Upon Bob’s returning from the Army Signal Corps in 1945, they married and moved to Syracuse, N.Y., and then to Wilmington, Del., where they lived for 56 years.

She was a former president of both the alumni association of the Delaware chapter of Sigma Kappa, and Wilmington Pan Hellenic. She was an active member of the American Association of University Women, and a 47-year member of the Cathedral Church of St. John, serving on the altar guild and other volunteer positions. Due to her love of gardening, she was a member of both the Timberlane Garden Club and the Wilmington Garden Club, and served as a volunteer for the Wilmington Garden Day, the Wilmington Flower Market, and Friendship House. She especially enjoyed traveling with husband, and spending time at their Bethany Beach, Del., condominium with family and friends.