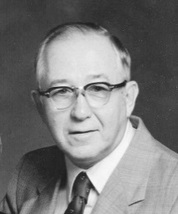 He was predeceased by his wife of 63 years, Dora Taylor Smith. He was a graduate of Bloomsburg University of Pennsylvania. He was a World War II veteran, serving four years in the U.S. Army Air Force in both the United States and Europe. He was a project investment supervisor and retired as the compensation supervisor for the engineering department of DuPont. He also maintained an income tax practice until he was 90 years old.

A visitation for friends and family will be held from 10 to 11 a.m. on Nov. 16 at the Foulk & Grieco Funeral Home (200 Rose Hill Rd., West Grove). A memorial service will follow at 11 a.m. Burial will be in the West Grove Friends Meeting Cemetery, on Harmony Road in West Grove.

Robert Wright Jr., 90, of Kennett Square, left this world on Nov. 4.
Born in Haddonfield, N.J., in 1923, he was raised by his parents, Robert and Dorothy Wright, and attended Haddonfield High School before earning a BA in engineering from Lehigh College in Pennsylvania. Growing up in southern New Jersey, he spent many summers at the Jersey shore. He had a love for and significant ability in mathematics, and also played the banjo as a child. World War II interrupted his college education, and he spent two years as an infantry and signal corps platoon leader in Europe, the Pacific, and finally in Japan. After completing his studies, he joined the DuPont Company as an engineer and began a 30-year career in engineering, manufacturing and marketing.

Bob courted, and in 1952 married, his true love, Jane Paul (Wright), a writer and editor with Holiday Magazine. She had also attended Haddonfield High School and graduated from Wellesley College. During their 59-year marriage, they raised four children,  Bob III, Susan, Janet and Peter.  They lived in several cities around the country, finally settling in Wilmington, Del.

Bob and Jane found and cultivated a common passion for sailing, leading to a rich life on the water. They cruised the Chesapeake Bay for 45 years and, during that time, shared many sailing adventures from Maine to Florida, the Bahamas and the Caribbean. They passed their love of sailing, skiing, the outdoors and sports on to all their children.

After retirement, they moved to the Sassafras River on the Eastern Shore of Maryland, where they lived and sailed for 20 great years. They enjoyed friends, roles in their church community, frequent visits from their children and nine grandchildren, golf, tennis, and travel.

In 2006 they moved to Kendal at Longwood. In the last few years, struggling with a deteriorating body and sadness over Jane's 2011 death, the walls of Bob's world narrowed to a few friends, visits from children, and the wonderful care of Kendal staff. He passed suddenly and without discomfort.

The family will hold a private service on the upper Chesapeake Bay. Arrangements by the Kuzo & Grieco Funeral Home, Kennett Square.

Robert H. Mills, Sr., 78, of Cochranville, passed away on Nov. 6 at the University of Pennsylvania in Philadelphia.

Born in Philadelphia, he was the son of the late Walter and Edith Bauer Mills. He attended the Manor Presbyterian Church in Cochranville. He farmed in Londonderry Township. He graduated from West Fallowfield High School, where he was a member of the Future Farmers of America.  He enjoyed farming, snowmobiling, horseback riding, traveling and going to the Walnut Theater with his daughter and grandchildren.  He especially enjoyed Knockout Roses, his dogs, and reading the Lancaster Farmer Newspaper on Saturday.

In lieu of flowers, donations in his name may be made to Manor Presbyterian Church, 505 Street Rd., Cochranville, PA 19330. 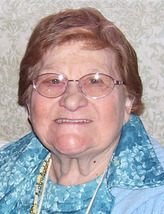 Livia Mary Giordano, 87, formerly of Kirkwood, Pa., passed away on Nov. 6 at the Philadelphia Protestant Home.

She was the wife of the late Vincent A. Giordano, Sr. Born in Montenero Di Bisaccia, Italy, she was the daughter of the late Nicola Zappitelli and Josephine Grifone Zappitelli. She is survived by two sons, Charles Giordano of Philadelphia, and Vincent Giordano, Jr. and his wife Kathleen of Kirkwood; two grandchildren, Amanda Jennifer Giordano and Nicholas Giordano; one brother, Anthony Zappitelli and his wife Mary Lou of Willow Grove; and nieces and nephews. She was preceded in death by her daughter, Livia Giordano, Jr.; and her brothers, Michael and Carl Zappitelli.
A Mass of Christian Burial will be celebrated at 11 a.m. on Nov. 16 at the Philadelphia Protestant Home Chapel (6500 Tabor Rd., Philadelphia). Relatives and friends may call from 10 to 11 a.m. Interment will be private. For information, call 215-697-8000 or visit www.pphfamily.org.
Cntributions may be made to the Philadelphia Protestant Home Benevolent Fund. Arrangements are by the Edward L. Collins, Jr. Funeral Home, Inc. (www.elcollinsfuneralhome.com).

Jeffrey S. Pothier, 56, of West Grove, passed away on Nov. 9 at the Christiana Hospital in Newark, Del.

He was the husband of Eileen Johnston Pothier, with whom he shared 24 years of marriage. Born in Ridley Park, Pa., he was the son of Robert L. Pothier of Spring City, Pa., and the late Dorothy DeFoe Pothier. He was a 1975 graduate of Monsignor Bonner High School. He was a fireman in the heating plant at West Chester University. Prior to that, he worked for 25 years at the Scott Paper Company in Chester, Pa., as a pulp section operator. He was a member of Assumption BVM Church in West Grove. He enjoyed the outdoors, playing ball with his black lab, Tucker, and was a lifelong Boston Red Sox fan.

In memory of Jeff, a contribution may be made to The Leukemia and Lymphoma Society, Donor Services,  P.O. Box 4072, Pittsfield, MA 01202.

Arthur James II passed away on Nov. 9 at Calvert Manor Healthcare Center.  He was 84 years old. 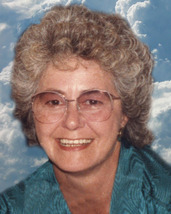 Mary "Jean" Hands, of Kennett Square, passed away on Nov. 3 at Pocopson Home.  She was 72 years old.

Born in West Chester, she was the daughter of the late Herbert Montgomery and the late Mary Gilbert Montgomery. In her long career with the Unionville School District, she worked in the accounting and payroll department.  She was told many times that she was too friendly with the district employees. She retired in 1985. She continued working as a caregiver for many children and their families. She will be deeply missed.

She was the beloved mother of Stephen Hands and his wife Lori, and the late Kevin Hands; grandmother of Stephen and Kelsey; sister of three; aunt of many nieces and nephews; and dear friend of many.

A memorial service was held Nov. 8 at the LongwoodFuneral Home of Matthew Genereux in Kennett Square. Burial was in Union Hill Cemetery. 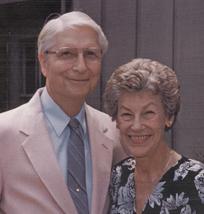 Wayne May, of Kennett Square, passed away on Oct. 31 at Crosslands. He was 94 years old.

Born in New Castle, Ind., he was the youngest of six boys, and the son of the late Earl May and the late Alma Sites. He attended DePauw University as a rector scholar, where he met the girl of his dreams, Marion Wrege. He enlisted in the Navy in 1943 and married Marion before shipping out for service on a destroyer in the South Pacific. He used the GI Bill for graduate work. He earned his Ph.D. in chemistry at Purdue University in 1950, settling in Louisville, Ky. Four daughters later, he and Marion relocated to Wilmington, where Wayne worked for DuPont in fabric development until he retired.

He had a talent for numbers and organization. He used those talents in his service to Hanover Presbyterian Church, where he was treasurer for many years. He also served as deacon, elder and member of the choir.  He and Marion enjoyed their many church friends through Discussion Group and Supper Club. The family also benefited from his organizational skills. Summers were spent enjoying all regions of the country and Canada. For more than 50 years, the family gathered at Stone Harbor and then Avalon, N.J., to get sand in their shoes. Soon these reunions included grandchildren and then great-grandchildren. When the daughters all left home, he was the travel agent for trips with Marion to the Caribbean, Europe, Africa, Australia and South America. Wayne and Marion moved to Coniston at Crosslands in August of 1991.

He was the beloved husband for 64 years to the late Marion Wrege May; father of Marietta M. Willman, Jeralyn M. Klasik and her husband John, Pamela G. May, and the late Cynthia L. May; grandfather of Robert Willman, Alys Willman, Daniel Klasik, Todd Klasik, Larissa Martinez and Nevada Martinez; and great-grandfather of Lucas Willman, Trace Willman, Nico Malac and Oscar Malec.

A memorial service was held Nov. 9 at Crosslands. Entombment was in Kraft-Graceland Cemetery in New Albany, Ind. 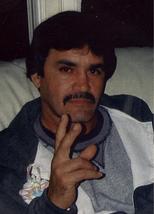 Luis Alberto Ortiz, formerly of Kennett Square, passed away on Oct. 31 at Manor Care in Carlisle, Pa. He was 56 years old.

Born in Cedra, Puerto Rico, he was the son of the late Perfecto Ortiz and Gregoria Rodriguez. A viewing was held Nov. 5 at the Longwood Funeral Home of Matthew Genereux. Burial was in Union Hill Cemetery in Kennett Square. 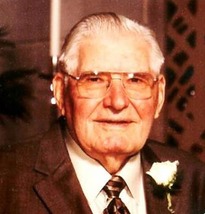 H. Wayne Graybeal of Upper Oxford Township died peacefully at home on Nov. 9 at the age of 96.

Wayne was born in Grayson County, Va., and while he was still a young boy, the family moved to Harford County, Md., where he lived until moving to Pennsylvania. He was preceded in death by his parents, Miller and Ida Graybeal; and siblings, Archie, Creed, Agnes, Marie and Wilbert. He is survived by seven nieces and three nephews.

In the early 1940s, Wayne and Kitty moved to Pennsylvania, where they purchased a dairy farm and, until the later part of the 1970s, they tended to farming, raising a family, and country living. They were faithful in attending church, where many long-lasting friendships were developed.

Services will be held at Beulah Baptist Church (GPS address: 3815 Newark Rd., Oxford) on Nov. 13. Family and friends may visit from 9 to 10:30 a.m., and the funeral service will begin at 10:30 a.m.  Interment will be in the adjoining church cemetery. 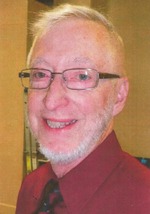 John graduated from the University of Louisville with a BS in physics. He served in the Navy on a submarine, and spent most of his career as an engineer for Eastman Kodak.  He was a nature photographer, wood carver, and faithful volunteer at various organizations. He was a devoted husband to Peggy, and a gentle and loving father and grandfather.

A celebration of John's life will be held at Willowdale Chapel (675 Unionville Rd., Kennett Square) on Nov. 30 at 10 a.m.

Dean Paul Howell, 72, of Landenberg, passed away peacefully on Nov. 6 at the Brinton Manor Rehab.
He was the husband of Marjorie "Peggy" Brown Howell, with whom he shared 38 years of marriage. He was the son of the late Derwood J. and the late Ethel I. Howell. Originally of Bel Air, Md., he graduated from Avon Grove School and retired from Hewlett Packard after 35 years, where he worked as a gas chromatograph engineer. He enjoyed cutting grass and gardening, and playing Morro.
In addition to his wife, he is survived by two sons, Louis and Mario D'Orsaneo; two grandchildren; three sisters, Jean Marrs, Anita Mertz, and Joan Culbert; three brothers, Davis (his twin), Frank, and Richard Howell; and many nieces and nephews. He was predeceased by one brother, James Howell.
A memorial service will be held at 1 p.m. on Nov. 23 at the Kennett Missionary Baptist Church (408 Bayard Rd., Kennett Square), where Dean was a member. In lieu of flowers, the family requests donations to be made to the church in memory of Dean. Interment will be private.