Two new businesses and the Shoppes of Oxford officially debuted in Oxford’s business district during a First Friday event that featured a full slate of activities and attractions on Nov. 1. 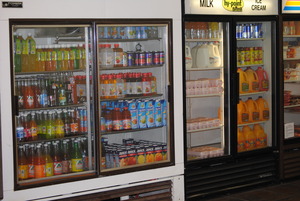 “My dad has been in business for about 21 years,” explained Hugo Sandoval, the manager of the store. “We’re a family-owned and operated business.”

The store is a hybrid of a grocery store and convenience store, selling everything from food basics like milk, eggs, and cheese to produce to a wide variety of Mexican food products.

“We cash checks, do money transfers, and you can even pay your utility bills here,” said Sandoval.

Within the next few months, the 8,000-square-foot facility will also include a butcher shop for 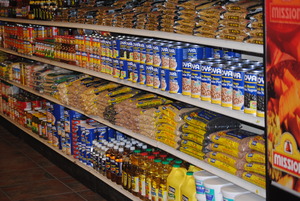 “We’re going to fill up the store little by little,” Sandoval said.

For borough residents, the arrival of a grocery store is a welcome addition, especially for those who previously walked to one of the stores on the outskirts of town to pick up necessities.

Sandoval noted that there is parking directly in back of the store, another convenience for customers. He also emphasized that while the store carries a lot of Mexican food items, there is plenty of food staples that will appeal to anyone.

Oxford Mainstreet, Inc. (OMI) executive director Sue Cole said that the store “will offer a diverse product mix and will be a great addition to the town.”

Sandoval credited Cole and other Oxford officials with helping to make the opening of a new business a smooth process. 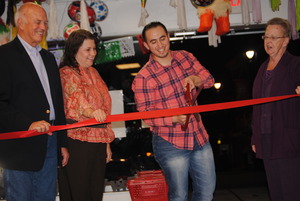 “I’m very happy to be here in Oxford,” he said. “Sue Cole and {Oxford Mainstreet Inc.} have really helped out.”

Cole was also excited about the opening of the second new business in town, Brittany Buitron Photography, at 37 South Third Street.

As dozens of people crowded into the photography studio for the ribbon-cutting ceremony, Cole told Buitron that, “We love the charm and elegance that you bring to town.”

Buitron, a resident of Oxford, said that she has four years of photography experience and will offer a full range of services, including baby portraits, engagement photos, and wedding photography.

“I’m so excited,” Buitron said at the grand opening. “I’ve waited so long for this.”

There will be a small boutique offering clothes, gifts, and jewelry at the location as well. Buitron 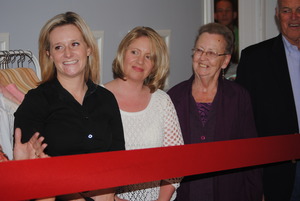 said that her sister, Jenna Bye, is a partner in the boutique.

Also marking its official opening on Nov. 1 was the Shoppes of Oxford, which is now open with a diverse mix of vendors setting up shop under the same roof as Oxford Mainstreet, Inc. Cole said that five businesses have signed up as full-time vendors with several other businesses setting up booths on a trial basis. There is room for about 15 vendors total in the building.

Cole noted that when Odds & Ends reopens in early December following a fire that prompted extensive renovations to the building, there will be about 20 vendors in that location. That’s a total of 35 small vendors between the two locations.

“We’re a small business district, but we maximize the space,” Cole said.