Mohammed I. Adham of Kennett Square passed away on Oct. 17 at Crosslands. He was 93 years old.

Born in Baghdad, Iraq, he was the son of the late Ibraim Adham and the late Badriya Najeeb Adham. He was the beloved husband for 62 years to Emily Wetzel Adham; father of C. Richard Adham, John E. Adham and Marjorie A. Furnari; grandfather of Michael Adham, Katherine Adham, James Furnari, Emily Furnari and Michelle Furnari; and brother of Ahmed Adham, Naamit Adham and Mustapha Adham.

Services will be private. Condolences can be sent to www.longwoodfuneralhome.com. 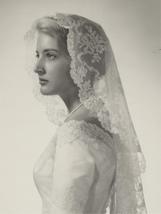 Barbara Louise Maurer passed away at home in Unionville on Oct. 20 with her daughters, Cate Catarius and Megan Wilberton, by her side.  She was 69 years old. Her death was the result of cancer.

Born in Philadelphia, she was the first daughter of the late John G. Maurer and Nancy Brown Maurer. She was a graduate of Unionville High School. Shortly thereafter, she married and began her family, raising her girls. In 1978, she became part of a women's group that was the beginning of the first shelter for battered women in Chester County. She wrote the grant for the funding and later became the director. While involved at the shelter she formed lifetime friendships with strong, eager women, including her best friend, Susan Singer. After retiring from the shelter, she worked at Willowdale Country Store, where she developed a strong and loyal band of customers. She found great fun in being allowed to display and outfit her friends. The biggest joy of Barbara's life was being a grandmother. She was fortunate to have Cailin in her life for 18 years and to see her off to college. Her latest happiness came in the form of a new grandson, Cameron, born only seven months ago.

A graveside service was offered in Unionville Cemetery on Oct. 25. In lieu of flowers, memorial donations can be made to the Domestic Violence Center of Chester County, P.O. Box 832, West Chester, PA 19381.

Condolences to the family can be sent to www.longwoodfuneralhome.com.

Rosanne McComsey of Kennett Square passed away on Oct. 24 at Belvedere Nursing Facility. She was 64 years old.

Born in Wilmington, Del., she was the daughter of the late George McComsey and the late Rosy McComsey. She graduated from Kennett High School and Goldey Beacom College. She worked as a key punch operator for much of her working career.

In lieu of flowers, contributions may be made to Life Choice Hospice, 200 Dryden Drive, Suite 3300, Dresher, PA  19025. Condolences can be offered at www.longwoodfuneralhome.com.

She was the wife of Joseph E. Massey, with whom she shared 39 years of marriage. Born in Richlands, Va., she was the daughter of the late Roy and Ruby Gambill Looney. She was retired from Quarryville Presbyterian Retirement Community in the payroll department. She was formerly employed with J.B. Swayne Mushrooms in Kennett Square, and Electronic Boutique in West Chester. She enjoyed traveling to Arizona and especially spending time with her grandchildren.

She is survived by her husband; three sons, Eric L. Ditunno and Joey E. Massey and his wife Becky, all of Arizona, and Chris Massey and his wife Leithya of Kemblesville; one daughter, Erin L. Massey of Kirkwood; and six grandchildren. She was preceded in death by a brother, Norman Looney.

John Patrick McLaughlin, 77, of West Grove, formerly of Landenberg, passed away on Oct. 20 at Jenners Pond in West Grove.

He was the husband of the late Catherine "Ketty" Looby McLaughlin. Born in New York, he was the son of the late Patrick and Helen Clarkin McLaughlin. He was a veteran of the U.S. Army and served as a psychologist in San Antonio. He received his undergraduate degree from Fordham University and his doctorate from NYU. He retired in 2004 as a professor of psychology from the University of Delaware, where he had taught for 40 years. He was active in the Jenners Pond Academy and served on the Residents' Council there.

A memorial service will be held at the Alison Building at Jenners Pond (2000 Greenbriar Lane, West Grove) on Nov. 16 at 11 a.m. In lieu of flowers, please make donations to your favorite charity.

He was the husband of Louise Bird Brown, with whom he shared 40 years of marriage. Born in Wilmington, Del., he was the son of Florence Diviney Brown of Kennett Square, and the late William J. Brown. He was a rigger at the Philadelphia Naval Shipyard for 26 years, retiring in 1995. After that, he worked at the Kennett Area Park Authority for 10 years. He was a member of the Unionville Presbyterian Church. He enjoyed camping, hunting, fishing, and Sunday dinners with his family. He was a baseball coach at the KAU Little League in Kennett Square for 12 years. He was a good husband, father and friend, and was kind to everyone.

In addition to his wife and mother, he is survived by two sons, William J. Brown and his wife Lynn of West Chester, and Raymond J. Brown of Grand Rapids, Mich.; one daughter, Molly L. Brown of Exton; one brother, John Brown of Oxford; two sisters, Linda Ely of Kennett Square, and Joan Brown of Cochranville; and one granddaughter, Della Brown.

A visitation with family and friends will be held from 10 a.m. to noon on Oct. 30 at the Kuzo & Grieco Funeral Home (250 W. State St., Kennett Square). His funeral service will follow at noon. Burial will be in Union Hill Cemetery in Kennett Square.

In memory of Bill, a contribution may be made to the Kennett Area Park Authority, Anson B. Nixon Park, P.O. Box 1121, Kennett Square, PA  19348. Online condolences may be made by visitingwww.griecocares.com.

Arthur Thomas Pastorius, 62, of West Grove, formerly of Boothwyn, passed away on Sept. 29 at Neighborhood Hospice.

He was a graduate of Chichester High School. He was a certified drug and alcohol counselor at several area rehab centers. He helped many people on their road to recovery. He was an avid Harley enthusiast and recently toured the four corners of the United States on his motorcycle.

He will be missed by his family and friends. A private memorial service has been held.