Joann Giordano, 61, of West Grove, formerly of Bordentown, N.J., passed away on Oct. 14 at the Jennersville Regional Hospital in West Grove.
Born and raised in Trenton, N.J., she was the daughter of the late Joseph and Eva Miller Giordano. She worked in the banking industry for 38 years, retiring from Wells Fargo in Trenton, N.J. She was a member of the Assumption BVM Church in West Grove. She was also a member of the Irish Wolfhounds Foundation.
She is survived by one sister, Eva Giordano of West Grove; and loving aunts, uncles and cousins.
A funeral was held Oct. 18 at the Assumption BVM Church in West Grove. Burial was at the Emley's Hill Cemetery in Cream Ridge, N.J.
In lieu of flowers, a contribution may be made to the Irish Wolfhounds Foundation, 150 Creek Road, Phillipsburg, NJ 08865, Attn: David Milne; or to Assumption BVM Church, 105 West Evergreen Street, West Grove, PA 19390.
Online condolences may be made by visiting www.griecocares.com. 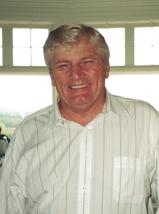 Harold Joseph Groff, Jr., 65, of West Grove, passed away on Oct. 15 at his home.
He was the husband of Jeanine W. Taylor Groff, with whom he shared 45 years of marriage. Born in West Grove, he was the son of the late Harold, Sr., and Lillian Haney Groff. He owned and operated Groff Trucking in West Grove for 37 years. In his business he traveled extensively and developed many lasting friendships over the years. He was an avid reader and was always up to date on current events. He enjoyed attending truck-pulling events with his two sons. Spending time with his family was his joy.

He is survived by his wife; two sons, John Steven Groff (Jeanette) of Frederica, Del., and David Harold Groff of Fleetwood; two granddaughters, Melanie and Emily; and two sisters, Anna Keene of West Grove and Elaine Sheets of Oxford. He was preceded in death by a son, Wallace Chester; and two sisters, Yvonne Groff and Emmarene Reed.

Funeral services were held Oct. 19. Interment was in the New London Presbyterian Cemetery.

In lieu of flowers, donations in Harold's memory may be made to the American Cancer Society, PO Box 22718, Oklahoma City, OK 73123-1718.
To offer online condolences, visit www.elcollinsfuneralhome.com.

Jean A. Patrick, 82, of Oxford, passed away Oct. 16 at Jennersville Regional Hospital in West Grove.

She was the wife of William W. Patrick, with whom she celebrated 62 years of marriage on Oct. 6, 2013. Born in Oxford, she was the daughter of the late William and Helen Lamm Alexander. She was a member of the Oxford United Methodist Church. She was also a charter member of the Union Fire Co. No. 1 Auxiliary, member of VFW Post No. 1779 Auxiliary, and a 50-year member of the Octoraro Chapter No. 463 Order of Eastern Star, serving three times as Worthy Matron. She was employed with the Post House Restaurant in the 1950s. She was also employed with the Oxford Area School District for 23 years in the cafeteria. She enjoyed traveling with her husband, and was an avid reader of romance novels. She also enjoyed puzzles in the newspaper.

She is survived by her husband; two sons, Steve Patrick and his wife Diane of Waco, Texas, and Mike Patrick of Rising Sun, Md.; daughter, Joan Groseclose and her husband Larry of Oxford; three grandsons; and two great-grandsons. She was preceded in death by one son, Glenn Patrick of Charleston, S.C.; and one sister, Mary Ella Nida of Baltimore, Md. 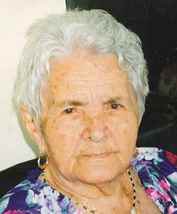 She was the wife of the late Estanislao Davila, who died in Yabucoa, Puerto Rico. Born in Yabucoa, Puerto Rico, she was a daughter of the late Eusebio Cruz and Juana Ramos. She worked for King Cole in the processing department for many years. She enjoyed crabbing in Frederica, Del. She was a magnificent cook, enjoyed crafts, especially making dolls, and was a wonderful mother and loving grandmother.

A funeral was held Oct. 21 at St. Rocco Catholic Church in Avondale. Interment was in St. Patrick Cemetery.

Edna E. Patrick, 91, of Oxford, passed away on Oct. 17 at the Hershey Medical Center.

She was born in Goshen, Lancaster County, to the late Austin Granville Pierce and Leah Oneida Fry. She was preceded in death by her late husband of 46 years, Raymond C. Patrick; a son, Gwyn C. Patrick; a daughter-in-law, Sheila Pinno Patrick; two sisters and three brothers.

In lieu of flowers, donations may be made in her memory to the Oxford Senior Center, 12 E. Locust St., Oxford, PA 19363.

Francis "Frank" D. Wojciechowski, Sr., 62, of West Grove, passed away at Jennersville Regional Hospital on Oct. 17 with his family by his side.

He was the husband of Nancy Walker, with whom he shared 16 years of marriage. Born in Wilmington, Del., he was the son of the late Stanley and Helen Krajewski Wojciechowski. He was retired from Chrysler's Newark, Del., plant. He was an avid baseball and Yankees fan. He enjoyed his German Shepherd, Fritz, and spending time with his family, especially his granddaughters.

In lieu of flowers, donations in his name may be made to the American Cancer Society, PO Box 22718, Oklahoma City, OK 73123.

She was born to the late Ralph and Ada Coleman. She is survived by her sister, Norma Johnson; and brother-in-law, Dr. Bernie Johnson of Canton, Ohio; three nieces and one nephew. Her little dog, Pepe, was the love of her life. She would sing the praises of her wonderful church family and all the other people who helped her through life.

A visitation with family and friends will be held from 9:30 to 10 a.m. on Oct. 23 at the  Kemblesville United Methodist Church (1772 New London Rd., Kemblesville). Her funeral service will follow at 10 a.m. Burial will be in the adjoining church cemetery.

Online condolences may be made by visiting www.griecocares.com

Cooper P. Redmond, 82, of Oxford, lost his battle with cancer on Oct. 18 at Jennersville Regional Hospital in West Grove.

He was preceded in death by his beloved wife, Marie Russell Redmond. Born in Wilmington, Del., he was the son of the late Cooper and Anna Rhoads Redmond. He was a veteran of the U.S. Marine Corps, serving in the Korean War. He retired from General Motors after 30 years of service. He enjoyed the beach, raising pine trees, collecting antiques, and spending time with his late wife, Marie.

He was the oldest of six children, and is survived by three brothers, Marvin Redmond and his wife, Joyce of Shelbyville, Del., William Redmond of Minor Hill, Tenn., and Dennis Redmond of Lauderdale By The Sea, Fla.; one sister, Margaret, wife of James Long of Annville. He is also survived by his nephew, with whom he resided, Jeffrey Redmond and his wife Reba of New Providence, and many other nieces and nephews, to whom he will always be affectionately  known as "Uncle Coop." He was preceded in death by a sister, Kathleen Webb; and his stepmother, Margaret Begley Redmond.

Mass of Christian Burial will be celebrated at 10 a.m. on Oct. 24 at Sacred Heart Church (203 Church Rd., Oxford). Friends and family may visit with the family from 9 to 9:45 a.m. Interment with full military honors will be in Oxford Cemetery. 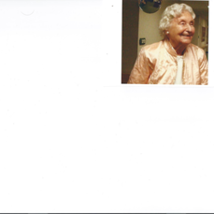 Nancy F. Darling passed away on Oct. 16 at home.

She was born July 9, 1916 in Kennett Square, to Malcolm and Katharine Dare Farquhar. She was predeceased by her husband, Albert Bennett Darling; two sisters, Katharine Dare Rayne and Caroline Thompson Abrahamson; daughter Marjorie D. Barnard; and son-in-law John H. Meyer. She is survived by her remaining daughter, Patricia D. Meyer of Windham, Maine; her son-in-law, Timothy B. Barnard of West Chester; six grandchildren; and eight great-grandchildren, all of whom reside in New England.

As a resident of Kennett Square for most of her life, she attended Wilmington Friends School, the George School and Bradford Junior College. She was a member of the Society of Friends. She devoted her life to her family and a variety of volunteer organizations, including Chester County Hospital Auxiliary, Kennett Beautification Committee, and the Tick Tock Shop. She was a founding member of the Spade and Trowel Garden Club, and the Kendal Crosslands Board of Directors.

In the early 1970s, she participated with several other local residents to assist in the creation of the Kendal Crosslands Communities. She remained active in the oversight and operation of the facilities. Following the death of her husband, she entered the Crosslands community and resided there for the following 29 years.  In this community she developed many friendships that sustained her and was well supported in her later years.

Nancy was a devoted golfer and tennis player for many years, a member of the Kennett Square Country Club, and an active member of the Lake Paupac community in Northeastern, Pa.  She will be well remembered for the strength and support she has supplied to her immediate and "greater" families, as a traveling companion with both family and friends, and for the delight and pleasure she provided her children, grandchildren and great-grandchildren.

There will be a memorial service at Crosslands at 2 p.m. on Jan. 18, 2014. In lieu of flowers, contributions may be made to the Crosslands Residents Reserve Fund, P.O. Box 100, Kennett Square, Pennsylvania 19348.