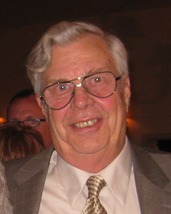 Arthur Eugene Tuinstra, 72, of Kirkwood, passed away Oct. 8 at his home.

He was the husband of Catherine Mary Kelly Tuinstra. He was born in Havertown to Mary Blake Tuinstra of Malvern and the late Arthur Tuinstra.  He attended Monsignor Bonner High School and went on to graduate from the Pennsylvania State Police Academy in September of 1965. He was a veteran of the U.S. Marine Corps, and was a 25-year veteran of the Pennsylvania State Police, retiring in 1991. He enjoyed fishing, boating, and time spent with his children and grandchildren.
He is survived by his wife; mother; seven loving children, Brian Tuinstra (Lori), Joseph Tuinstra (Jennifer Shinault), Kelly Ann Baker (Joe), Steven Tuinstra (Yulia), Claire Watts (Mike), Kara Tuinstra, and Shannon Detweiler (David); 13 grandchildren; two brothers, John and Timothy Tuinstra; and one sister, Rosemary Moerman.

A Mass of Christian Burial was celebrated on Oct. 11 at the Sacred Heart Church in Oxford. Interment was in Oxford Cemetery. 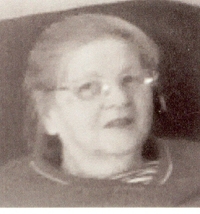 Evelyn L. Gambill, 86, of Mountain City, Tenn., and formerly of Kennett Square, passed away peacefully on Sept. 27 at the Johnson City Medical Center.

She was the daughter of the late John and Edna Curry Briley. She attended Kennett High School.  She was a former employee of NVF in Kennett and FMC/Cyklop Strapping in Downingtown, Pa., from which she retired after 27 years of service.  She enjoyed many activities, including sailing, camping, hiking, gardening, painting with watercolors and reading the Bible. She was a kind, loving and devoted mother and adored her grandchildren.

In addition to her parents, Evelyn was preceded in death by two sisters, Mabel Ayers and Madeline Tepper; four brothers,  Maurice, Charles, Harry and Franklin Briley; and one granddaughter, Toshia Gambill, who passed away in 2005.

Services were private. Condolences may be sent to the family at www.mountaincityfh.com 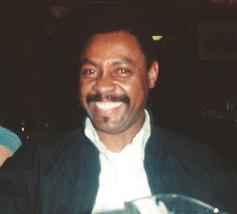 Born in Hagerstown, Md., he was the son of the late John A. Sr., and Hallie Que Burnett Copeland. He proudly served in the U.S. Army Reserve. He enjoyed singing, cooking, jazz music and family gatherings.

He leaves behind his significant other, Mary Turner of Oxford. He is survived by four sons, John A. Copeland, III and his wife LaShann of Hagerstown, Md., Stephen Copeland, Sr. of Hagerstown, Md., Ronald Lee Stewart, Sr. and his wife Ivette Rosario of Pine Hill, N.J., Torress Brison and his wife Nina of Hockessin, Del.; two daughters, Karla Hill-Freeman and her husband George of Columbia, S.C., Chevonne Marshall of Augusta, Ga.; 16 grandchildren; 12 great-grandchildren; one brother, Princeton Burnett; and one sister, Jane Forsythe, both of Philadelphia.

In lieu of flowers, donations in John's memory may be made to Neighborhood Hospice, 400 E. Marshall St., West Chester, PA 19380.

Shirley J. Taylor, 83, of Wilmington Del., died Sept. 25 as a result of an automobile accident.

Born in Wilmington, she was a daughter of the late William H. and the late Helen Cowan Taylor. She earned a master's degree in New England, graduating in 1951. She worked as a social worker for the Wilmington Medical Center, retiring in 1985. She enjoyed bird watching, vacationing at her Rehoboth Beach house, reading, watching sports on TV and singing. She was a member of the Arden Club Dinner Theatre, which she enjoyed every Saturday.

Survivors include a sister-in-law, Patricia Taylor and her family of Avondale. She was predeceased by her brother, James Taylor, in 2012.

Ann "Amber" Knauss, 66, of West Grove, passed away on Oct. 10 at the Jennersville Regional Hospital.
She  leaves behind her life partner of 30 years, James Frank Straughn, Jr. Born in Charleston, W. Va., she was the daughter of the late Thomas L. and Agnes McNamara Burr, and stepdaughter of Vivian Burr of Wilmington, Del. She was an elementary school teacher in the Pennsville School District, Pennsville, N.J., retiring in 2011 after 40 years of service. She was a member of the Delaware Nature Society, Philadelphia Zoological Society, Wintherthur and Longwood Gardens. She enjoyed gardening and going to museums, but was best known by her family and friends for sending of cards to them on their birthday and holidays.

In addition to her significant other  and stepmother, she is survived by one son, Brian K. Knauss of San Francisco, Calif.; and one sister, Jane Diffendall and her husband George of Wilmington, Del. She was predeceased by one sister, Mary M. Burr.

Services and burial were private 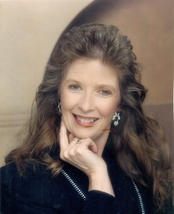 Barbara B. Ginn, 57, of New London, passed away on Oct. 10, surrounded by her family and friends, at the Jennersville Regional Hospital, after fighting a long battle with cancer, having  the Lord always by her side.

She was the wife of Richard E. Ginn, with whom she shared 40 years of marriage. Born in Wilmington, Del., she was the daughter of the late Herman B. and Esther Fogg Bramble. She was a medical receptionist for the Foot & Ankle Associates, Kennett Square, for  15 years. She was a member of the Kemblesville United Methodist Church, and a past secretary of the Tri-State Bottle Club. She enjoyed cooking, gardening, going to auctions and flea markets, travelling to St. Simon's Island, Ga.,  the beach,  the mountains, and being with her family and friends. She was very proud of the fact that she lived on the farm that she grew up on.

In addition to her husband, she is survived by one daughter, Dawn Marie Costa of West Grove;  two sisters, Virginia Vincenti of Laramie, Wyo., and Ruth Eastburn of Chatham, Pa.; one granddaughter, Alexa Costa; her mother-in-law, Sue Ann Howard of Seaford, Del.: six nieces and three nephews; and two beloved rottweilers, Maggie and Sasha, who never left her side.

A visitation with family and friends will be held from 10 to 11 a.m. on Oct. 16 at the Kemblesville United Methodist Church (1772 New London Rd., Kemblesville). Her funeral service will follow at 11 a.m. Burial will be in the adjoining church cemetery.

In memory of Barbara, a contribution may be made to the Kemblesville United Methodist Church Cemetery, P.O. Box 189, Kemblesville, PA 19347; or to the American Lung Association of the Mid-Atlantic, 3001 Old Gettysburg Road, Camp Hill, PA 17011