Charmaine P. Brown, 84, of Williamsburg, Va., formerly of Kennett Square, passed away on Sept. 16 at the Sentara Williamsburg Regional Medical Center.
She was the wife of Raymond L. Brown, with whom she shared 64 years of marriage. Born in Kennett Square, she was the daughter of the late Grayson and Julia Kelly Patchell. She was a bookkeeper at Longwood Gardens, retiring in 1985. She enjoyed watching TV, going for walks, and being with her family and friends.

A funeral was held Sept. 21. Burial was in Union Hill Cemetery in Kennett Square.

Warren M. Devonshire, 84, of West Grove, passed away on Sept. 16 at his residence.

He was the husband of Milania "Millie" Franceschine Devonshire, with whom he shared 60 years of marriage. Born in Yorklyn, Del., he was the son of the late William and Ella Carrigan Devonshire. He was a senior gardener at Longwood Gardens, retiring in 1993 after 38 1/2  years of service. He was a member of Assumption BVM Church in West Grove, The Fireman's Relief Association, and a lifetime  member of the Longwood Fire Company and the West Grove Fire Company. He served as Fire Police Captain at the Longwood Fire Company for many years. He was a former member of the Kennett Auxiliary Police, and he was also a member of the Civil Defense Corps. He was an avid baseball fan, and enjoyed gardening, working on cars and trucks, woodworking, watching westerns on TV, and being with his family and friends.

In addition to his wife, he is survived by two daughters, Kathleen DeCamillo and her husband Daniel of Cochranville, and Patricia  Devonshire of Cochranville; two grandsons, Daniel and Matthew DeCamillo; one brother, Robert Devonshire of Vineland, N.J.;  and five sisters,  Joanne Miller of West Grove, Shirley  Nau of West Grove, Dorothy Ranck of Kennett Square, Sylvia Marzean of Vineland, N.J., and  Theresa Rowe of Lancaster, Pa.

A funeral was held Sept. 20 at Assumption BVM Church in West Grove. Burial was in St. Patrick's Cemetery, Kennett Square.

Earle W. Neyman, 65, of Abingdon, Va., formerly of Oxford, went to be with the Lord on Sept. 18, surrounded by his family and friends.

Born in 1947 in West Grove, he was the son of the late William N. and Margaret Cockerham Neyman. He was a fourth-generation Oxfordian and was raised in a loving family in the Oxford farming community. On July 19, 1968, Earle married the love of his life, Betty Wood Neyman. He was a member of the Lakeshore Community Church, Abingdon, Va. He was a brick mason by trade and in his later years loved driving a tour bus for the Lakeshore Tours and District 3 Transit in Abingdon. He was an avid fisherman and loved his family and friends, especially the people of Lakeshore Campground.

Funeral services were held Sept. 23. Interment was in Oxford Cemetery.

She was the partner of Linda Luker, daughter of Anna and Paul (deceased) Gessner of Mechanicsburg, Pa.; sister of Patricia (Alton) Hughes, Carolyn Jovanelly, Dennis (Sandy) Gessner and Cindy Varner; aunt and great-aunt to a niece and seven nephews; and dear friend and teacher to many whose lives were impacted and improved by her kindness, great intelligence, curiosity, know-how and extraordinary beauty inside and out.

She was raised in Camp Hill, Pa. A graduate of East Stroudsburg and West Chester universities, she was a health and physical education teacher and coach at Unionville Middle School until her retirement. Elaine and Linda toured Europe, Africa and the Caribbean extensively. As much as she enjoyed these adventures, she was most content tending their beautiful home, gardens and wild birds, and exploring the woodlands surrounding their property.

A celebration of Elaine's life will be held at 11 a.m. Oct. 5 at the First Presbyterian Church (292 W. Main St., Newark, Del.). In lieu of flowers, memorial contributions may be made to the Humane Society of the United States, 2100 L Street NW, Washington, DC  20037 (www.humanesociety.org); or Tri-State Bird Rescue, 110 Possum Hollow Road, Newark, DE (tristatebird.org). 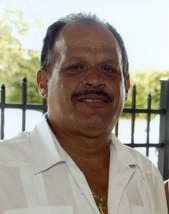 Luis R. "Papo/Louie" Cruz, 54, of West Grove, passed away on Sept. 19 at the Jennersville Regional Hospital.

He was the husband of Anita "Janie"  Anderson Cruz, with whom he shared 25 years of marriage. Born in Yabucoa, Puerto Rico, he was the son of the late Victor Cruz and Maximina Soto Rodriguez, but was raised by his grandparents, the late Carmen and Andres Cruz. He was foreman at Mushroom Conveyors in Avondale. He enjoyed  baseball, riding mountain bikes, roasting pigs, watching all sports, cooking, barbecueing ,  NASCAR, and being with his family and friends.

A visitation with family and friends will be held from 10 a.m. to noon on Sept. 28 at the Living Faith Church (111 Vineyard Way, West Grove). His funeral service will follow at noon. Burial will be private.

In lieu of flowers, a donation may be made to the family to help with funeral expenses. 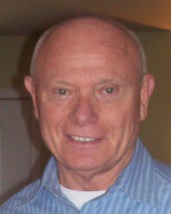 He was born in 1945 in Oxford, Pa. He was pastor of Apostolic Lighthouse Church in Elk Mills, Md. His greatest passion was seeing God transform lives by the power of His spirit. He was one of six children born to the late Robert Ralph and Mary Kate Pierce. He was preceded in death by his parents; brothers Robert Ralph Pierce, Jr., and Ronald Edwin Pierce; and sisters Shelva Jean Hess, and Kathy Ann Feconda.

He worked for Hilaman Milling before pastoring Apostolic Lighthouse Church in Lewisville, Pa., Jonesville, Va., and then Elk Mills, Md. He was an avid bowler and coached the youth bowling at Blue Hen Lanes in Newark, Del. He enjoyed spending time with his wife, church, family, and bowling friends. He impacted many lives through his wisdom, sense of humor, and love of people. He will be greatly missed.

Stephen Leroy McClain, born Oct. 28, 1952, passed away on Sept. 19. He was a resident of Oxford. Memorial services will be held Sept. 27 at 11 a.m. at the Second Presbyterian Church in Oxford. 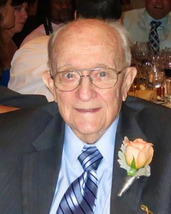 Donald L. Drennen, 85, of Oxford, passed away Sept. 23 at Jennersville Regional Hospital as the result of a stroke.

He was preceded in death by his wife, Josephine G. Drennen. He is survived by two daughters, Donna D. Kelly and her husband Darrell Kelly, and Cynthia D. Pugh and her husband Alan Pugh, both of Oxford; five grandchildren, Megan Kelly, Scott Kelly, Joanna L. Harmelin, Daniel Pugh and Galen Pugh; and one brother, Lawrie R. Drennen of Oxford.