He was the husband of Frances Cox DuVall, with whom he shared 53 years of marriage. Born in West Chester, he was the son of the late Charles and Dorothy Nields DuVall. He owned and operated the DuVall Truck & Bus Service in West Grove.  For over 75 years, the family-owned company held a transportation contract with the Avon Grove School District. He was an avid collector of tractors and cars.

He is survived by his wife; one daughter, Sandra L. DuVall-Wolfe and her husband Richard of West Grove; four grandchildren, Rebecca Wolfe, Clifton Wolfe, Jessica DuVall, and Samantha DuVall; and daughter-in-law Janet DuVall-Killen of Peach Bottom. He was preceded in death by his son, Douglas W. DuVall.

Funeral Services were held Aug. 30. Interment was in Faggs Manor Cemetery, Cochranville. In lieu of flowers, donations in Robert's memory may be made to the House of Care, Geisinger Medical Center, 100 North Academy Ave., Danville, PA 17822.

She was the wife of James "Ronnie" May, with whom she shared 38 years of marriage. Born in Elkton, Md., she was the daughter of the late William C. and Lillian Winterling Morton. She was a mixologist for the past eight years at the Brown Derby restaurant in Toughkenamon. She enjoyed traveling, riding motorcycles, and being with her family and friends.

In addition to her husband, she is survived by two daughters, Stacy Lathrop and her husband John of Nottingham, and Jeana Renshaw and her husband Jason of Harleysville, Pa.; two brothers, William Morton, Jr. of Joppa, Md., and Andrew Morton of Reading, Pa.; three sisters, Monte Lee Morton of West Grove, Daisy Albenese of Germantown, Md., and Alta Ray Sprenkle of Youngsville, N.C.; two grandchildren, Sophia Renshaw and Ethan Renshaw; and mother-in-law Clara May of Oxford.

Visitation with her family and friends will be held from 1 to 4 p.m. on Sept. 6 at the New London Baptist Church (226 Pennocks Bridge Rd., West Grove). Her funeral service will follow at 4 p.m. Burial will be private.

In lieu of flowers, a contribution may be made to Fox Chase Cancer Center, Pulmonary Unit, 333 Cottman Avenue, Philadelphia, PA 19111.

David C. Hopkins, 54, of Landenberg, passed away on Sept. 1 at his residence.

Born in West Chester, he was the son of Margaret Paisley Hopkins of Landenberg, and the late Kenneth J. Hopkins, Sr. He was a lineman at  Verizon in Newark, Del., retiring in 2003, after 20 years of service. He was a member of the Avondale United Methodist Church and Chester County A.B.A.T.E. He enjoyed riding his Harley, hunting, and being with his family and friends.

In addition to his mother, he is survived by three daughters, Nicole Harvey and her husband Sean of Strasburg, Pa., Michele Hopkins and Samantha Hopkins, both of Newark, Del.; one brother, Steven J. Hopkins and his wife Connie of Morton, Pa.; and three grandchildren, Elizabeth Harvey, Chase Harvey and Madison Williams. He was predeceased by one brother, Kenneth J. Hopkins, Jr.

A visitation with family and friends will be held from 9 to 11 a.m. Sept. 7 at the Avondale United Methodist Church (Third and Chatham streets, Avondale). His funeral service will follow at 11 a.m. Burial will be in Union Hill Cemetery in Kennett Square.

In memory of David, a contribution may be made to the Avondale United Methodist Church, P.O. Box 114, Avondale, PA 19311.

Karina Torres-Guzman, 14, of Wilmington, Del., passed away on Aug. 31 at A.I. DuPont Hospital for Children in Wilmington.

Born in West Chester, she was the daughter of Carmen Torres-Morales and Carolina Guzman-Hernandez. She was a ninth grade student at Stanton Middle School in Wilmington, Del.

Her viewing will be from 10 a.m. to noon on Sept. 5 at St. Rocco Catholic Church (333 Sunny Dell Rd., Avondale). Her Mass of Christian Burial will follow at noon. Burial will be in St. Patrick's Cemetery, Kennett Square. 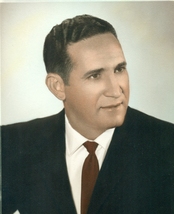 He was the husband of Louise Irace DiBartolomeo, who passed away in 2003, and with whom he shared 57 years of marriage. Born in Toughkenamon, he was the son of the late Flavian and Elvera Basciani DiBartolomeo. He was a mushroom grower, operating Louis F. DiBartolomeo, Inc.,and  retiring in 2006 after 61 years. He served his country in the U.S. Army during  World War II, in Italy and Africa. He was a lifetime member of the Italian American Club in Kennett Square. He also was a member of  the VFW Post 5467 in Kennett Square, and the American Mushroom Institution. He enjoyed swimming, diving, hunting, vegetable gardening, watching boxing, going to the shore with his family, raising hunting dogs, and being with his family and friends.

He is survived by one son, Louis F. DiBartolomeo, Jr., of Landenberg; four daughters, Vera A. Taylor and her husband Jim of Landenberg, Anna D. Cline and her partner David Randall of Kennett Square, Denise F. Miller and her husband John of Lincoln University, and Maria D. Hamilton and her husband Jack of Kennett Square; 13 grandchildren; 14 great-grandchildren; and one great-great granddaughter. He was predeceased by two dear daughters, Dolores A. DiBartolomeo and Nancy  L. Taylor;  four brothers, Marino,  Peter, Nicholas,  and Marino J. DiBartolomeo; and two sisters, Phyllis Valentino and Jennie Martelli.